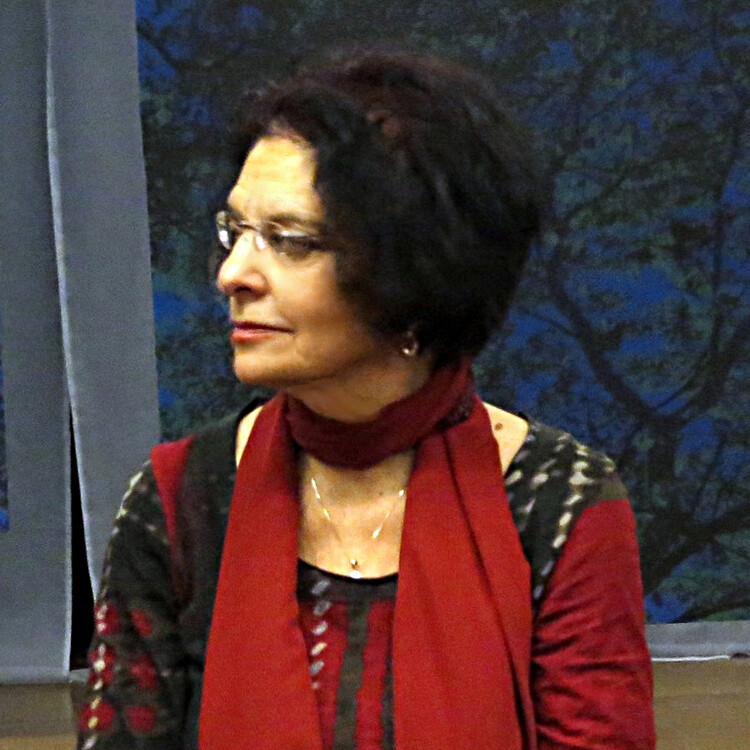 Relatively recently, the climate modeling of climate scientists has allowed us to see into the future. While we don’t know everything we know enough to ask if we wish to damage the planet beyond repair in this the new Anthropocene era, when the earth’s ecosystems are being altered by human beings at an unprecedented rate. The knowledge we now have thanks to climate models creates both a terrifying certainty and a spiritual dilemma for every person. And to confront the spirit, humans turn to art. Literature changes paradigms, whether the literature of the Bible or of the great Greek Tragedies, we learn our selves through the word.

All the while I was researching and writing Extreme Whether in the hot summer of 2012, with its rapid Artic ice melt, my heart was pounding in my chest. I am not a stranger to environmental concerns; I have conceptualized and taught Eco-Theatre courses, written previous plays based upon ecology and science and am an eco-activist.  But the new information I was learning was terrifying, its urgency alarming. And I found the attacks upon scientific theories staggering in their intensity and their success. I wondered what it must be like to be a climate scientist, knowing what I now knew, yet experiencing the vilification, the lies, the willful manipulations, the “fair and balanced” coverage in the press, and near total lack of action. I felt like the characters I was writing: alternately driven to the depths of despair, then suddenly exalted by the pleasure in the work itself. I was writing a play, making discoveries as scientists do, partly by intuition, in part by hard, often, failed attempts that somehow suddenly pay off by opening a new and fruitful avenue of exploration. I wanted to tell this story: how scientists love their work and obsess over it, and feel that it must matter and, then, that agonizing deflation when their theories and predictions are not just debunked, but are ignored, and the world continues careening toward species destruction. Then, they get another idea, a hunch, and are off again chasing facts and figures, modeling and making graphs, and for this time of deep engagement in the task at hand all fears and frustrations are forgotten in the joy of learning more. There had to be an animal, and a six-legged frog named Sniffley appeared, because climate theatre must relate to us our oneness with all creatures.  There had to be a child, a wise, feisty girl named Annie, who becomes a vegan, builds frog ponds and conspires with an aged environmentalist (there had to be one) named Uncle to save endangered plants, and defeat the frackers. There are two scientists, one distinguished, one young and brilliant, who also comes under attack. They become lovers. There had to be love. And there had to be two wily climate deniers, one better intentioned than the other because she is the scientist’s twin. There had to be a family feud.

The Greeks created tragedy but it is up to climate artists of today to reverse the tragic trajectory.

In classical tragedy, as Aeschylus’s Oresteia chorus sings: “Wisdom comes alone through suffering.” And as Aristotle, the first dramatic critic, describes, there must be a reversal of fortune—from good to bad—and a recognition of one’s fateful mistake, one’s hubris—overweening pride.  In tragedy, the reversal and the recognition come after the mistake is made, when it is too late to do anything but mourn. Most of the Greek tragedies end with scenes of glorious grief: the tyrant, now blind and stateless, Oedipus bids a tender goodbye to his children; Cadmus and Agave reassemble the sundered body of Pentheus. In this grief we recognize compassion, the sentient creature’s gift, for animals, we know, feel and show compassion, too. So, in Sila, Chantal Bilodeau’s first of eight planned plays about the Arctic, the scene between the polar bear mom and her dying cub is as moving as any loss by parent of child. We must show compassion across species if we are to create a climate drama capable of moving us greatly toward recognizing and reversing the destruction of the natural world. In Extreme Whether, the funeral of the beloved frog Sniffley, done in New Orleans jazz-like style, is as moving as any funeral any child could conceive for any best friend; and Sniffley is eulogized by the climate scientist father.

Climate drama must see into the future and give us the emotional tools to recognize and reverse our bad fortune before it happens.

Climate drama needs to undo the tragic form—by altering its structure. Climate scientists have allowed, no, they have mandated this change. Climate models are not dreams, or nightmares, no, they provide clear sight into the future before it happens. We have never been so sure. Just as we once learned nuclear war would spell the end of civilization, so we have learned more recently that temperature rise has to be kept far below two degrees Celsius if we are to pass a habitable planet on to future generations. We have learned there are tipping points, we may not yet know quite when, when nothing that we then do (or stop doing) will matter any longer. We know these facts and need to learn to act on them now before they manifest as unendurable realities. Climate drama must see into the future and give us the emotional tools to recognize and reverse our bad fortune before it happens. It must sing to us as vocalist Nora York does of the beauties of pure water, her own voice fluid as a mountain stream. It must give us Uncle’s paean to the old growth forest and to the sprig of endangered Torrey’s Mountain Mint he holds as gently as any treasure. It needs to fill us with awe of the natural world and our joy within it. “I hope to encourage people to remember how much they love the natural world—how we are the natural world, we are not separate from it,” York says of Water, Water Everywhere.

Climate art can show how characters come into a newly enlivened relationship with nature and how they help one another by inventing new strategies to sustain life. We’ve got to be as fearless in our climate art as the Greeks were in their tragedies, and dare to imagine the worst of all possible outcomes, but we need to discover ways to lift each other up and out before the final, fatal moment. We must create characters who recognize our common fate before it is too late and who act forcefully to turn grief to creative effort and to laughter. It might not happen this way; we might, in fact, be a species doomed by irrational hubris. But climate artists need to share the faith of climate scientists that once we comprehend the danger, we will be impelled to change. Climate art can give courage, as art does, to all who share concern for Earth by showing us fear, despair, insight and resolve. Climate artists must take up the knowledge of climate science and write its poetry in words that transmit Earth’s struggle and her glory and move audiences on an altogether new trajectory—the sheer joy of acting in concert across the globe to save that which is most precious in all the world—all the world.

Nora York: “The final Water Water Everywhere project will be a full multimedia event that I will tour. I want to give assistance to the people who are working so hard to get this kind of information out to the population and to help lend music to organizers. I believe that it is going to take serious radical action to stop what’s already in play, climate-wise.” www.norayork.com

Chantal Bilodeau: “I am currently working on a series of eight plays, titled the Arctic Cycle, that examine the impact of climate change on the eight countries of the Arctic. Sila, the first play of the Cycle, looks at the web of interests—political, economical and cultural—shaping the future of the Canadian Arctic and local Inuit population. Sila will be produced at Underground Railway Theater in April 2014. Forward, the second play of the Cycle, presents a poetic history of climate change and examines how a spirit of innovation shaped the major events of 20th century Norway. Forward was read in Oslo in December 2013 and will continue to be developed in 2014.” www.cbilodeau.com

Karen Malpede’s Extreme Whether had two large public readings, April 8, 2013, Theater for the New City followed by a Festival of Conscience talk with Dr. James Hansen, and the late Father Paul Mayer, and September 10, 2013 at the Cherry Lane Theatre, with a Festival of Conscience talk by Dr. Jennifer Francis. It will be produced at Theater for the New City by Theater Three Collaborative in September-October 2014. www.theaterthreecollaborative.org

Fantastic article. Despite such tragic circumstances, it is very exciting to see this part of our civilization's consciousness develop more artistic energy. Now is the time for Climate Art.

My question is this: The forces that have stood in the way of Energy Reform, are they to play a role in these works as well?

Thanks. And, Yes, I do think so. At least, "Extreme Whether" is about just this--the "forces that have stood in the way" all the lobbying and the attacks that are funded by the fossil fuel industry. They have kept and are still keeping sane public policy off the table...and the truth is, we do need government policy--we need a New New Renewable Energy Deal and a New New Fossil Fuel Elimination Deal--!!!