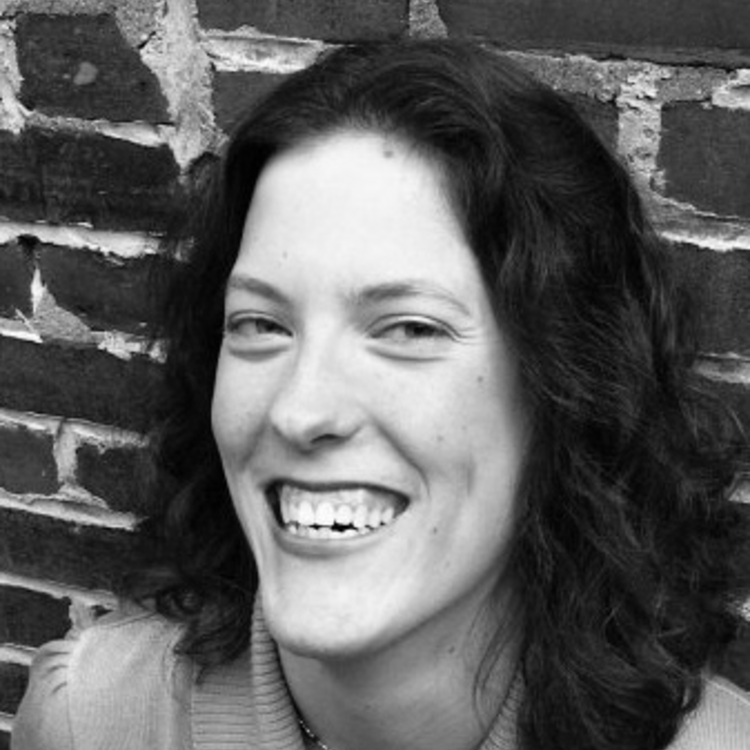 A Place in the Conversation

The Theatre Communications Group made a recent push to explore underserved perspectives through a series of discussions on its Diversity & Inclusion blog salon. As a socially conscious artist, I applauded the program. As a hard of a hearing woman, I found myself hastily clicking from article to article, questioning my place in the conversation, absorbing only half the content.

It wasn’t until graduate school that I examined my disability. I've made allowances for my inability to hear certain things at certain times throughout my life, and I was educated on the technicalities of my hearing loss by numerous doctors and counselors. But it wasn't until I got a new hearing aid in 2011 that I understood how little I was hearing in my playwriting classes up to that winter. Not having to crane forward to listen gave me the luxury to relax and think about my hearing loss. About my essential need for devices to help me hear. About how my coping skills went unnoticed by those around me. About how reluctant I was to think about my feelings concerning what I could and couldn't hear.

That last bit surprised me. As a writer, I spend a lot of time dredging my own experience for answers to life's big questions, but giving myself time to examine my feelings about my disability, from age eight onward, seemed daunting. I was happy to accept I could hear better now, but when asked what I thought of my disability, when asked to plumb the experience for narrative conflict by my advisers in the MFA Playwriting Program at Ohio University, my response was quick and dismissive. "Not being able to hear is intrinsic for me, that's all," I'd say. "Nobody on the outside will be interested enough to know about it." Though I may never know the why of my immediate response, I find it telling nonetheless. I assumed sole-ness or alone-ness in my condition. As far back as I can remember, I was the only kid in my class with hearing loss. This made it imperative for my parents to motivate me to see my disability as a positive, as something that contributed to my work ethic and personality, as opposed to detracting from those elements of my identity. This effort wasn’t something I examined until I began research for a play centered on family and disability and identity.

As part of my research, I took the 2000 documentary Sound And Fury out of the library. This film deftly explores the pros and cons to using a cochlear implant, while documenting one family's debate over whether or not its deaf members should adopt the technology. At one point in the film, a deaf father laments that if his daughter gets a cochlear implant, she will be neither deaf nor hearing; she will be a third thing, with no specific culture to bind her to him. I paused the film. I rewound it. I played his comments again. I rewound the film. I played the comments again. I began to cry. Because I was that third thing he was talking about. I'd never recognized that before. And the more research I did, the more singular I felt. The more singular I felt, the more I latched on to reflections of myself in media. Two years and some change away from that fateful watching of Sound and Fury, I still wrestle. Examination of disability has claimed a larger and larger part of my writing, and I find myself attracted to discourse on the subject, which further challenges me as an artist.

Take, for example, Jacqueline Lawton's interview with Gift Theater co-founder and artistic director Michael Patrick Thornton, as part of TCG’s Diversity & Inclusion blog salon. It is an incisive discussion about the types of inclusion needed within Chicago storefront theater. Of particular interest to me were Thornton's thoughts about casting actors with disabilities: "Maybe in addition to seeking out disablist playwrights, we should also be strongly encouraging our national playwrights to encourage casting directors to see disabled actors for non-disabled-identified roles and advocate for them to producers. To me, that’s really a critical step toward the endgame of perceptive normalcy."

In another part of the interview, Thornton talks about the unfortunate foregrounding of disability in ableist storytelling, which reduces a person to simply what they lack, or what happened to them to create that lack. There's a ton of truth to what he's saying, and writing for disabled actors without making their disability the focus of their plots is one way to create balance between character and actor.

However, I wonder if there's another way to do that. It involves such a personal perspective that I don't know if my belief has any merit in the larger goings-on of producing theater. Still, perhaps another necessary thing for disablist playwrights to do is to draw the audience into the perspective of characters who have disabilities, and to do that in as many different ways as possible, to communicate experience through touch, taste, sound, or any possible sense. I find freedom in my everyday problems being examined; the actor's vocals changing as his hearing aid blinks on and off provides some of my favorite material in Tribes. So I ask, is there a way to make disability a part of the world of a play, without reducing it to stereotype or "triumph-over-adversity" tales?  Is there a way to make disability business as usual while sharing it with someone unaware of the daily accommodations involved? Is it possible for disability to serve as a metaphor for the emotional and social deficiencies we all carry around? Can it be the driving examination of a play without seeming wholly negative? These questions always leap to mind in discussions about how disability is portrayed onstage. Because there are so many possible answers, the questions haunt me.

The one thing I do know is that an individual artist's perspective—whether it be the writer, director, designer, or actor—will always come into play, and a choice about portraying disability will have to be made. I only know if I can offer someone the opportunity to recognize their own experience far sooner than their late twenties, I'll be a happier playwright for it.

Incredible insight. You are so inspiring.

Incredible insight. You are so inspiring.