An ongoing series of reports from rehearsal rooms and interviews with theater people in Poland; how US artists can modify or adapt Polish techniques for their own rehearsal kitchens. 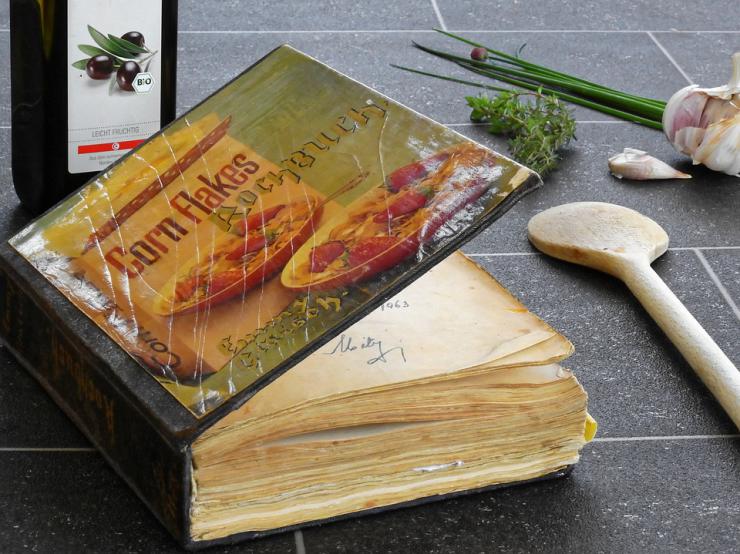 II. Grotowski and the post-Grotowski companies

We need to spend a little time talking about the Julia Child of Polish theater—Jerzy Grotowski—before we can get on to the contemporary companies which have emerged from this figure's work, and their rehearsal practices.

So—who was Jerzy Grotowski? If you've ever seen the film My Dinner with Andre, you've heard of the experiments of this compelling, controversial, sham-or-shaman theater director. In the film, Andre Gregory has been to Poland and has taken part in one of Grotowski's bizarre theatrical events, a sort of "beehive" or "happening": he's trying to describe it to a skeptical Wallace Shawn. In Gregory's eyes, there's the haunted feeling of someone who's seen The Other Side. You can tell that he's going to return to Grotowski's theater like the proverbial moth to the proverbial flame, even if he has to have his wings glued back on afterwards.

Here's the thing. In the '60s and '70s, Grotowski—and another director named Tadeusz Kantor who may, depending on whom you ask, have actually had most of Grotowski's best ideas first—changed the way theater was practiced in not only Poland but also across the world. G and K are sort of like the Beatles and the Stones of experimental Polish theater—they insist, and their followers continue to insist, on their differences, but there were a number of similarities in their work.

Both directors worked with tight-knit ensembles and incorporated dynamic physical training. Both inspired till-death-do-us-part loyalty in their actors. They moved away from scripts and constructed their own hodgepodge-mosaic texts. They relied more on music and movement than text, which helped them to resist censorship from the Soviet authorities. You can easily censor a script, but it is harder to censor movement. Their personalities as directors were overpowering. Kantor sometimes actually wandered around his own productions, conducting them from onstage.

So I'm in Poland right now, hanging out and observing contemporary Polish theater—but because G and K are so famous, in a Harold Bloom-anxiety of influence kind of way, sometimes theater folks think I'm a couple decades too late in getting to Poland. Someone once posted on my G+: "Poland used to be the center of the world for experimental theater. Wonder if it still is?" Well, that's kind of like saying "Los Angeles used to have a couple of pretty good basketball teams. I wonder if anyone there still cares about the sport?" When you have a concentration of talent in one location over a significant period of time, that talent draws other talented people to the same location, and its influence lasts. In Poland, right now, there are a number of theaters that can be called "post-Grotowski" because of their direct relationship to the big G and his acolytes. And their work is worth looking at; their rehearsal practices are, I believe, of interest to any practitioner.

(Digression: since Kantor was less of a wacko cult figure than Grotowski, didn't move around the world as much, and didn't rack up quite as many acolytes, his influence in Polish theater, although widespread, is less blatant and less brand-name-identifiable. I would rather call the many theaters influenced by his work "Kantoresque," not "post-Kantor." I will have more to say about them and what characterizes their work, later in this series, but am beginning with Grotowski.)

There is a sprawling spiderweb of post-Grotowski ensembles today, both internationally and within Poland. The four groups I am familiar with, and will discuss here, all relate to or descend from, in some way, the still-extant post-Grot daughter company Center for Theatre Practices ("Gardzienice"), located in the village of Gardzienice. These four younger companies are: Teatr Chorea (Łódź), Studium Teatralne (Warsaw), Teatr Pieśń Kozła (Song of the Goat Theatre, Wrocław), and Teatr Zar (Wrocław).

The styles of these companies vary, but there are some common elements. For one, there tends to be some kind of resemblance to a Greek chorus—actors speaking or singing or moving in unison. And this chorus is characterized by two things: intense, risk-taking physicality and haunting, ancient music.

To begin with the physical: some of these actors have the physical skills of the performers in Pilobolus or Cirque de Soleil, but they engage in an acrobatics of risk and emotion rather than one of smooth-seeming aesthetic virtuosity. For example, in Teatr Chorea's MUZG ("Brain"), directed by Tomasz Rodowicz, one performer, Joanna Chmielecka, sits against a wall while another actor, Adam Biedrzycki runs towards her at top speed, shoving four enormous rolling metal carts into her torso, one after another. Later, in the same spektakl, Małgorzata Lipczyńska slam-throws her body into the floor, over and over again. The sound of the action is brutal.

This physical extremism isn't limited to Chorea. In the second part of Teatr Zar's Gospels of Childhood triptych, "Cesarean Section," directed by Jaroslaw Fret, the piece opens with a barefoot dancer slowly stepping over strewn broken glass. For a very long time. The movement is uncomfortably close, presented to you in a theater that barely seats forty people. These movements are more about how we feel watching them than how hard they are to execute.

The music in these performances is of equal intensity, not because of a connection to physical risk, but because of a relationship with ancient sources. Again, these performers—many of them—are technically trained singers, but they sing with more reference to emotion than to technique. Post-Grotowski theater often includes haunting music that has a pre-modern, unearthly quality. These may be reconstructions of ancient music, or folk songs. The music is often derived from various "expeditions," in which members of the companies have traveled to remote villages (in or out of Poland), recorded songs sung by people in those villages, and brought them back to their theaters.

But just as any chef might take a course in molecular gastronomy without suddenly switching every item on his or her menu into little puffs of sea foam, it's possible to be interested in the rehearsal practices of such intense practitoners without copying the aesthetic.

Wrocław's Teatr Pieśń Kozła, which runs a MA program for young performers, takes each MA class on a song-collecting expedition to a different region of Europe. Warsaw's Studium Teatralne has made a documentary called "Koniec Pieśni" (The End of Song) about traveling in Eastern Poland and collecting these songs, years after an earlier parallel expedition. Once the songs are collected, composers—such as Chorea's Tomasz Krzyżanowski and Jakub Pałys—often create new settings of the old tunes, or write original songs of their own that may still sound from a different era.

So, we've got choruses, daredevil physical risk-taking and songs that sound like they come from a two-thousand-year-old tomb. The post-Grotowski aesthetic is not for everyone. But just as any chef might take a course in molecular gastronomy without suddenly switching every item on his or her menu into little puffs of sea foam, it's possible to be interested in the rehearsal practices of such intense practitoners without copying the aesthetic. Their training methods, emphasizing connection to the group, repetition, and emotional connection rather than (only) technical virtuosity, have applications for performers of all styles and levels in America.

What I want to highlight in my future posts is what directors and practitioners of all styles can most advantageously steal from this work. In my next post, I'll be focusing on contemporary theatrical practice in the Teatr Chorea ensemble, which celebrates its tenth birthday in 2014.

Cross-cultural Exchange and Cultural Mobility
Poland
Most Discussed
Designing Collaboration: In Search of a Taxonomy of Collaborative Methods
Emily McConnell
Most Watched
The Gathering from the CrossCurrents Festival
Wednesday 4 May to Saturday 7 May 2022
Upcoming
Livestreaming a Conversation: Coffeehouse Chronicles #165: Czechoslovak-American Marionette Theatre
Saturday 28 May 2022

Thank you for this-- I had the distinct pleasure of seeing Teatr Zar's "Cesarean Section" when they performed at Charlestown Working Theater in Boston-- as well as conversations with theater historian and dramaturg Magda Romanska on the historical context of Grotowski and Kantor.

Dear Ian, it just so happens that "Cesarean Section" was one of the first works of Polish post-Grotowski theater I saw in person; it is a remarkable and unforgettable performance. I'm very glad you were able to see it in Boston; I hope some day you will be able to see Zar in Wrocław.

have you ever covered the work of anne bogart and the SITI company? or did i miss an article on her and the wonderful artists she collaborates with?

Dear Adale, I have not, myself, covered that work; this is more of a series about contemporary directors working in Poland. Are you thinking of a different article on HowlRound, perhaps?I am very interested in Anne Bogart and SITI but it's a bit outside the scope of this particular series, unfortunately.

Dara, great article. Just like many MFA students around the country who has had to study Grotowski, it's great learning about what has come after him. As a director in educational theatre, it's hard to get younger actors interested in this type of rehearsal process, but you're right, people should know it exists and how it's evolved. Getting over there and seeing some of this great theatre first hand is on my "must do" list. Thanks for the links and can't wait til your next entry in the series.

Dear Taylor, I am glad you enjoyed the article. I hope that some of the techniques I describe will be things you feel you can try with your actors or students. The Grotowskian, Grotowski-esque, Grotowski-ized theater has an intentionally self-created reputation for extreme difficulty, but there are elements of the practice, particularly in its contemporary post-Grotowski form, that can be more approachable. At least, that is my hope. If you do end up traveling to Poland, let me know and I would be glad to send you more links or recommendations.