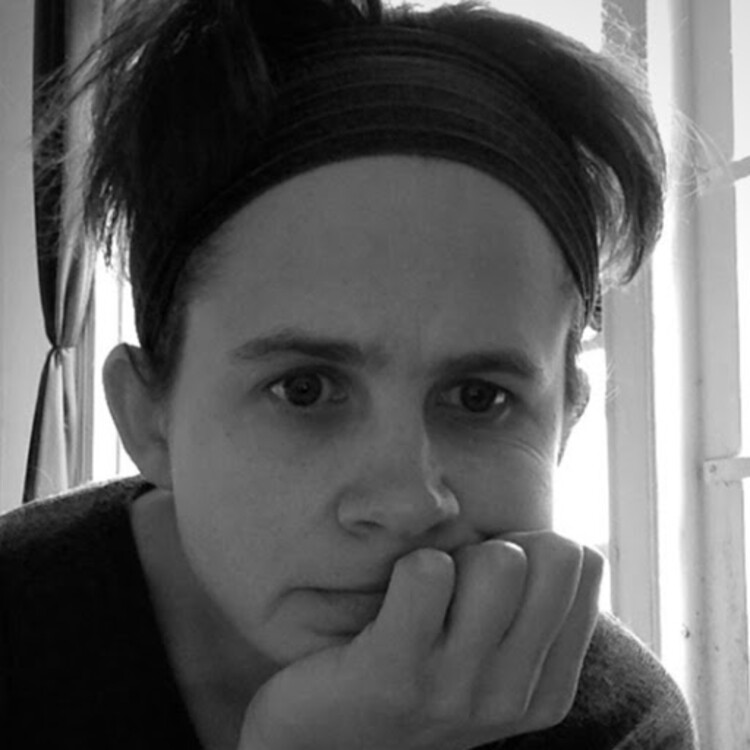 The Search for Truth in Putin’s Russia

At the end of Torture, the latest show by Teatr.doc (Doc), it goes deathly quiet. Truth is written all over the actors’ faces and the applause only rings out after an agonizing few seconds. The audience has gathered in the bar at London’s Royal Court Theatre on a cold March evening to watch this performance as a way to celebrate the anniversary of Doc’s founding. It is a no-frills kind of evening: nothing is given to us except a cast list and a short background statement from John Farndon, who helped organize Doc’s timely visit along with Larissa Itina from London’s Anglo-Russian culture club.

The experience of watching Torture—a documentary theatre piece about the physical and psychological methods officers from the Russian Federal Security Service (FSB) used on a group of left-wing young men prior to the 2018 World Cup (now known as the Penza case)—is emotionally disorientating because of its objective presentation of facts. Another way to describe the show would be “truth-telling,” as the play’s writer/director Zarema Zaudinova insists to me when we chatted about Doc’s theatrical methods. 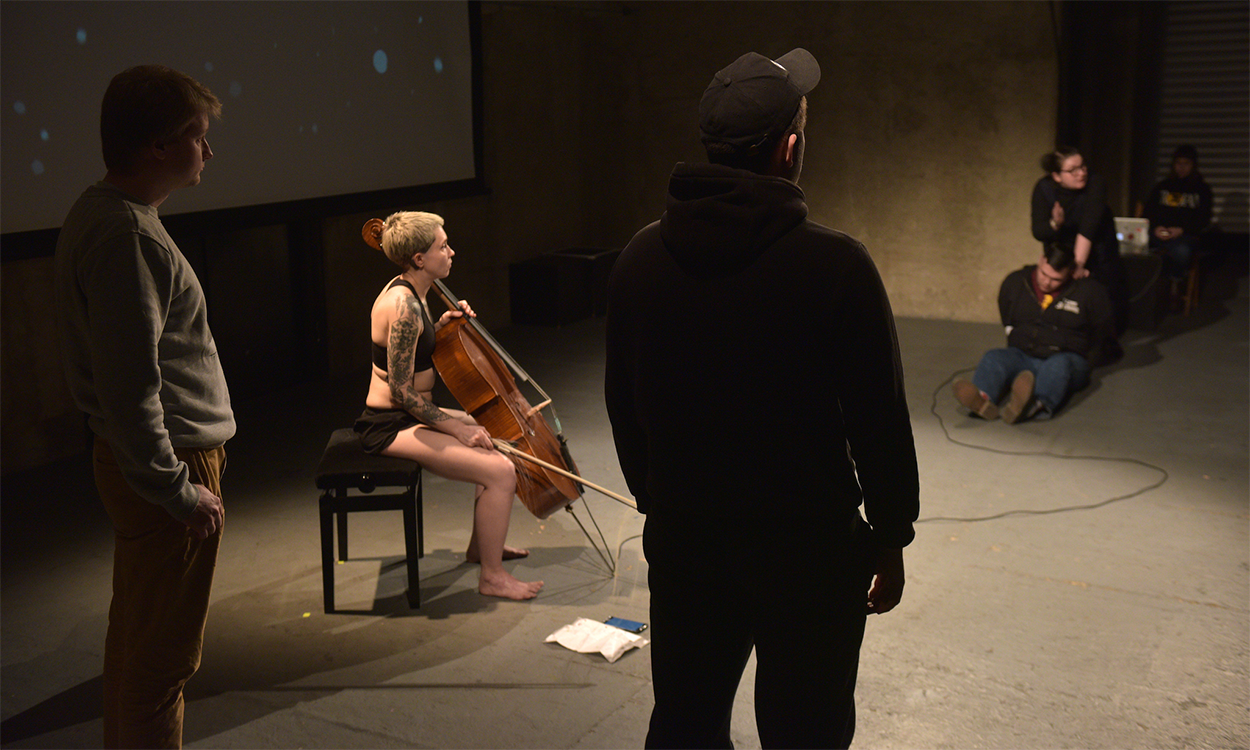 Doc was formed in Moscow in 2002 by the late husband-and-wife duo Mikhail Ugarvo and Elena Gremina as the result of a verbatim workshop led by a team from the Royal Court in the Russian capitol. Back then, Doc focused on “ordinary people’s” problems like homelessness. But after the Beslan School Siege in 2004—a violent takeover of a school in Beslan, Russia, by Chechen separatists—Doc changed its modus operandi. Ugarova and Gremina realized they needed to shift from social protests on local issues to more global concerns.

Zaudinova grew up at Doc, working as Ugarov’s assistant before becoming a director in her own right. She learned everything from him and Gremina. When the founding couple died in 2018, Zaudinova made it her mission to continue their work through Doc’s “Department of Pain,” which produced Torture. Zaudinova created and heads this wing of the company, which focuses on what she has termed “civil theatre”—a form of documentary theatre that takes a particular point of view. Torture, comprised of a plethora of testimonies from the young men imprisoned in the Penza case (which went to trial in April this year) and stories gathered by journalists detailing the FSB’s torture methods, gives us a taste of what the civil theatre is: uncompromising and straight presentations of truth that take a political and moral position.

In the age of untruth, Zaudinova seems to go in the exact opposite direction: extreme truth.

In the age of untruth, Zaudinova seems to go in the exact opposite direction: extreme truth. “I am the naughty girl of the Doc family,” she mischievously confesses to me, implying that the direction she is following might not be totally approved of by Teatr.doc’s other collaborators. She instills in me no doubt that her kind of work—challenging the government’s human rights records, for instance—won’t make her a star or give her financial rewards, and that it will most certainly attract the attention of the FSB. “I will be blacklisted,” she says, regarding her place in the theatre industry, “and no one will want to get involved or help. My creative collaborators and I will be followed and have our phones tapped.”

Torture is a production done with non-actors: activists, musicians, and Doc staff take the stage—the latter of whom had to step into the roles of Yegor Skovoroda and Alexey Sutuga, ex-prisoners and activists who were refused visas by the UK. Testimonies, projected on a screen and narrated in Russian by Maxim Pakhomov (who is also onstage) are interspersed with the dates of public holidays; it is common thought that the FSB carry out their torture on these days. Alina Anufrienko plays a classical piece of music on a cello, which, according to an observation from Ugarov, from an old Facebook post of his, is the genre of music broadcast on the radio whenever someone important in Russia dies.

Torture is not like the verbatim or documentary theatre that British audiences are used to seeing, like London Road or E15, where professional actors present factual events and take on the personal characteristics of the real people affected by the incidents. Why didn’t Doc choose to cast the Penza defendants with actors, who would use their skills to portray the “essence” of the real people? “Because it would be less effective,” says Zaudinova, before rather angrily commenting on the unfairly imprisoned young men the show is about: “We don’t know what people feel in hell. It would be a lie to try and perform it.”

Indeed, what would be the point of making Torture like London Road, where actors took on and portrayed the mannerisms of sex workers in Ipswich? Would it not hide the message of the Penza case behind a layer of distracting entertainment? For Zaudinova, the London Road–style of verbatim/documentary theatre is outdated, like, Zaudinova seems to infer, Stanislavski’s system of acting. “You have to take a position, not play a position,” says Zaudinova, referring to her belief that actors should not be there to just take direction but should form their own opinion of their character and take a moral standpoint.

Zaudinova’s civil theatre is cutting through theatrical norms and going straight to the heart of things—a direct response to the society Russians find themselves living in today.

This civil theatre is theatre that matters. It is a testimony to the reality of living in Russia—and to adopt any other position of thought about this kind of theatrical art must come from a place of entitlement, from people who don’t know what it’s like to live in a society that is not free. Doc’s plays are more than urgent; Torture is an exact replica of what is currently happening to a group of innocent young men who are being held in isolation deep in the Russian justice system. This also makes Torture a historical document, holding Putin and his aides to account. And this can only happen by using real people and providing testimonies.

Except for Anufrienko’s cello, there are no emotional overtones in the play. If the cello does symbolically represent Russia—it’s soul at least—then it is a diseased soul in continual breakdown. Otherwise, Pakhomov has no emotion in his face as he narrates the testimonies one by one. What does this do to an audience? It means, for one, they cannot hide. There are no characters they can invest in, no emotional journeys they can live through, no layers to confuse their thoughts or muddy the waters, leading their mind away from the message. Doc does not—and cannot—compromise their truth-telling. 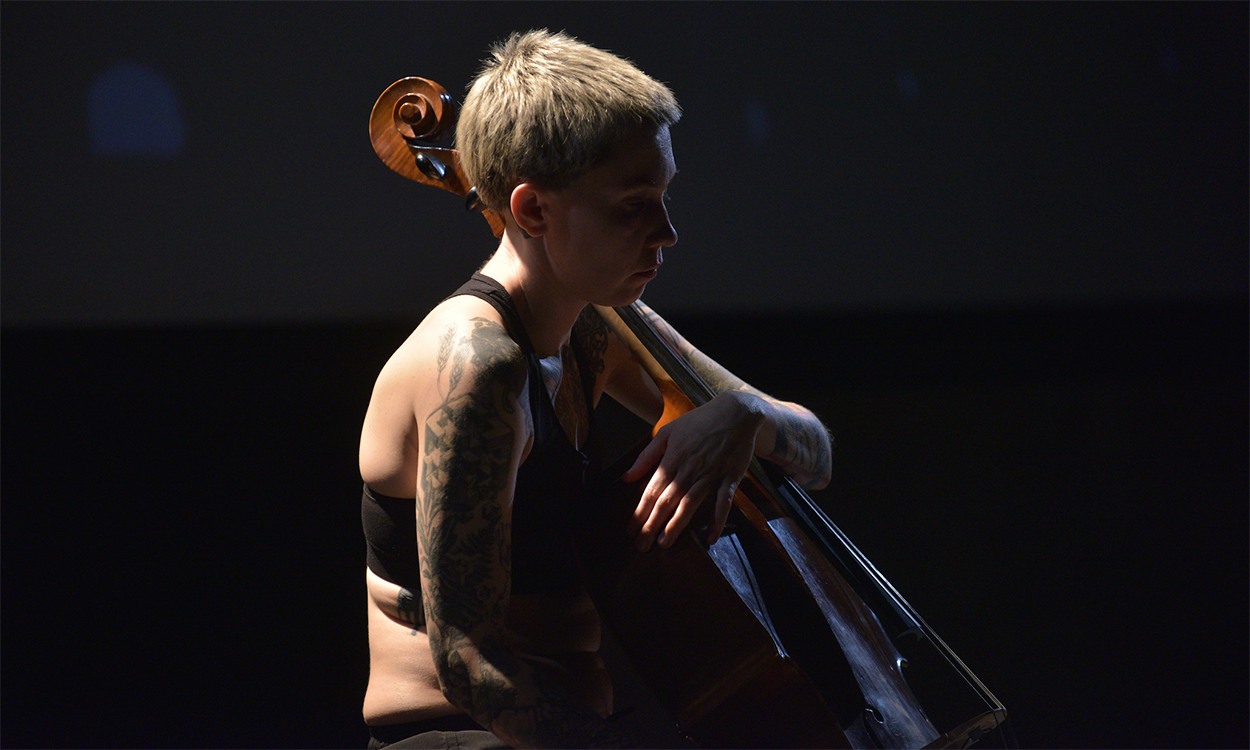 The metaphorical and literal distances between actor, theatre, and audience, which exist in most theatres, are broken down by Doc. Indeed, Zaudinova’s pull to this kind of extreme truth-telling marks a shift in global cultural practices, which is echoed by other companies like Good Chance Theatre’s work with refugees and volunteers and Belarus Free Theatre’s slightly different approach to intensively engage with audiences through post-performance dinners, rigorous debates, campaigns, and activism.

This is art for social change. Theatre is constantly striving to re-evaluate what an artist is, who an artist can be, and how artists can best respond to urgent questions around how we live. Zaudinova’s civil theatre is cutting through theatrical norms and going straight to the heart of things—a direct response to the society Russians find themselves living in today. It’s not a free country and it seems people are tired of hiding the truth. One way to effectively portray the truth and try to hold those responsible to account is through theatre like this. Audience responses to Torture are indicative of its stylistic power: during the performance, someone started to cry, and kept crying almost until the end. Then, when the play did end, someone else let out a “Phew!” as if the truth-telling was too much to bear.

With thanks to Larissa Itina, who translated from Russian to English for me during my interview with Zaudinova.