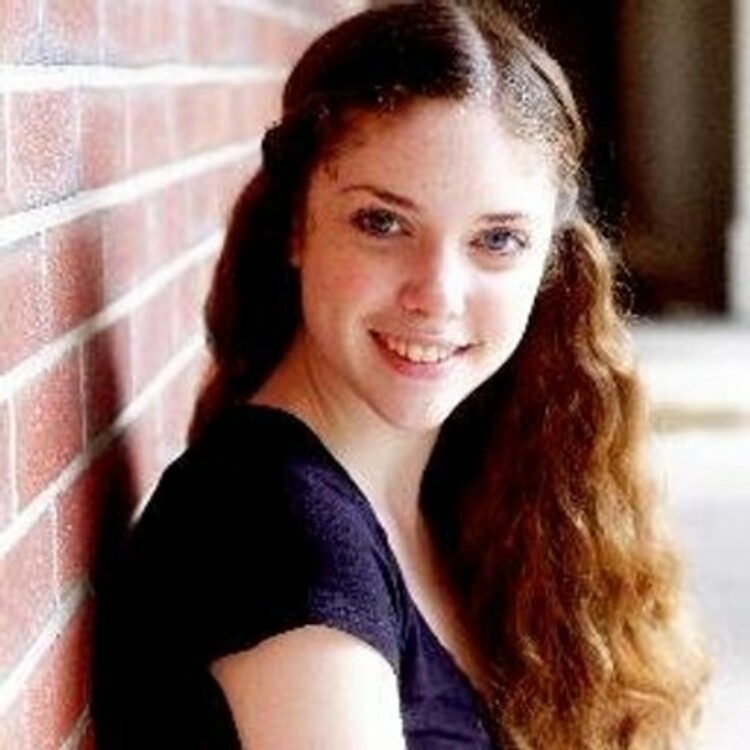 Where are all the bisexuals? Understanding the gray areas of LGBTQ representation

Right now is a monumental and historic time for the LGBTQ community, as America becomes more tolerant of non-heterosexual and non-cisgender individuals throughout the country. This is now true both legally, with the case of the recent SCOTUS ruling on same-sex marriage, and culturally, as more and more LGTBQ characters are appearing on television, in movies, and, of course, onstage. However, this is not the full story. There is a major group of people that is being left out of the conversation, a group that still continues to be both misunderstood and misrepresented. As a theater artist who identifies as a part of this group, I found myself wondering where my story was, and when I could be proud of my identity. With all of the acceptance and tolerance going around these days, I ask the question: Where are all the bisexuals?

As a dramaturg who identifies as bisexual, I want to see more stories of people like me on stage.

I recently read Entertainment Weekly’s special “LGBT Edition” issue, which featured eloquent and informed trans icon Laverne Cox, of Orange is the New Black, on its cover. At first I was excited to read it, hoping that there would be some reference to the “best” —or at least most famous—bisexual characters of film and television, but I soon was disappointed. This issue may as well have been called the “LGT” edition, because there was scant reference to any bisexual character as being prevalent in the media. In fact, on Entertainment Weekly’s list of its “25 Favorite Fictional LGBT Characters,” only one out of those twenty-five characters is bisexual, while twenty-four of those characters are lesbian, gay, or transgender. This is troubling, given that according to a 2009 study in the Journal of Sexual Medicine, 3.1 percent of Americans identify as bisexual, while 2.5 percent of Americans identify as gay or lesbian. See anything problematic with these ratios?

The numbers are troubling enough, but what is even more troubling—and telling—about this list is that the one bisexual character listed is Catherine Tramell, played by Sharon Stone, in the movie Basic Instinct. Tramell is a hypersexual serial killer who has short and empty love affairs with men and women, which end when Tramell murders her lover. The “hypersexual bisexual” or the “confused but actually lesbian or gay” characters are basically the only tropes through which bisexual characters are seen on television, in movies, and, yes, in the theatre.

One would think that with the theatre’s groundbreaking strides for gay, lesbian, and transgender representation in the public eye (e.g.: The Normal Heart, Hedwig and the Angry Inch, Fun Home), that theatre would also be paving the way for bisexual representation in society. However, there is really only one well-known and popular play that prominently features bisexual characters: Diana Son’s Stop Kiss. This play doesn’t even use the word “bisexual” once, and the main characters, Callie and Sara, can easily fall into the “confused but actually lesbian” trope in the eyes of many readers and audience members. One can argue that these characters are actually bisexual, as these women have both dated men, and are now in love with each other, but it is never clearly stated how these women choose to identify themselves—which is one of the truly poignant aspects of the play.

A large part of this lack of representation is the misunderstanding about bisexuality within the LGBTQ community itself. There are three main opinions about bisexuals held by society—both LGBTQ and those who don’t identify within that group—that cause bisexuals to lack support from the LGBTQ community: bisexual men are actually gay but in denial, because they have dated men; bisexual women are actually straight but in denial, because they have dated men; and bisexual men and women really just want to participate in threesomes. While these opinions may be true for some people, they are not true for the majority of the bisexual population. Most bisexual people identify themselves on a sexuality spectrum, or outside the heterosexual/homosexual sexuality binary, similar to how many gender queer people see themselves on a gender spectrum, or outside the male/female gender binary. Bisexuality also does not necessarily imply polyamorous or hypersexual behavior. Most people who identify as bisexual just want to love and be loved by another person. Sound familiar?

As a dramaturg who identifies as bisexual, I want to see more stories of people like me on stage. I first voiced my question “Where are all the bisexuals?” at the 2015 Literary Managers and Dramaturgs of the Americas conference in New York City this past June 25-27, at the panel on “LGBTQ Stories on Stage.” Running short on time and answers, I found my question left unanswered by other dramaturgs and by myself. Answering this question has now become my personal dramaturgical mission. I’m not sure we’ll find the answer anytime soon, but if the history of gay, lesbian, and transgender theatre is at all telling, portrayal on stage can lead to portrayal in film and television, which, eventually, can lead to acceptance. Right now, we as theatre artists are on the cusp of a time of radical change and experimentation with non-traditional structure, plots, themes, styles, and characters in our works of art. I think it’s high time we started to bring awareness to the reality of bisexual life on stage.

Looks like you found your niche!! Bi high five!!!

Yes, I agree. Lately, when I see a gay-friendly production, I have more often than not been having the thought "great, gay and lesbian characters are getting their due, and I support that" mixed with the uncomfortable feeling of annoyance, of being left out, of not being supported at all. We need to keep writing, and talking. WE are here, WE are Queer, get used to that as well!

The first production that I ever saw of Loot (by Joe Orton) *seemed* to be a really solid attempt at bisexual representation in theatre (although it's possible that I just saw what I wanted to see). It was in the fall of 2002, directed by Daniel Fish. In the show, it was clear that Hal and Dennis were devoted to each other, and also that both of them were attracted to Fay. More than anything else, they had to get the stolen money situation sorted, so they could live the way they needed to live.

I mention this because I think that when you have a strong plot and a concrete goal (what's more concrete than bank robbery?), and the characters have these relationships that fall outside the status quo, everything seems stronger because they're all working toward a common goal. As opposed to having the seemingly villainous or confused bisexual character, working against other characters.

Thanks for raising the issue. I really like "Sex Parasite" by Jessica Goldberg for all the ways that it raises gender equality and women's sexuality. And it's even better that it's based on real, historical people (Olive Schreiner, Havelock Ellis, etc.). Alas, it's true that bisexuality is a small part of the play.

Emily, I applaud you for bringing this issue to light in such a thoughtful way, and for raising questions that I (and I think so many others) have been asking for years. I too have been frustrated by the lack of and misrepresentation of bisexual characters in the media. Characters who are not just three dimensional but aren't put into a box that limits their capacity for true, meaningful relationships. There is a lack of understanding and acknowledgement about the community as a whole, which I think makes it more challenging for bisexuals to truly take ownership of their individual and sexual power. I think if there is more open conversation about this topic, there is greater room for understanding and more possibility for bisexual characters to be presented and further explored on stage/tv/film. Let's keep the conversation going!

While I wholeheartedly agree that there should be greater representation of bisexual people across all media, I really struggle with this argument -- "Bisexuality does not necessarily imply polyamorous or hypersexual behavior. Most people who identify as bisexual just want to love and be loved by another person. Sound familiar?" --

The parallelism of "polyamorous" (honest, open, and responsible non-monogamy) and "hypersexual behavior" (clinically defined a DYSFUNCTION) set in opposition to "most people who identify as bisexual" in an attempt to heteronormalize bisexual relationships is offensive and harmful to persons fighting a similar struggle for representation - those living honest, open, poly lives.

Queer life and queer relationships ARE NOT just like straight ones and we shouldn't have to pretend that they are in order to have our stories told.

This is a really great point and I totally agree with you! I don't mean to denounce polyamory or equate it with hypersexuality at all. These are both separate issues entirely. What I mean is that bisexuality doesn't always imply either of these attributes, which media often attributes bisexual characters. From personal experience I know that bisexual experience is more than that, and of course different from the heterosexual experience. What I'm advocating for are more stories that challenge current stereotypical/trope depictions of bisexual characters.

YES! I completely agree and am so grateful you are lending voice to this issue! I recognize that it's a difficult thing to navigate when doing the important work of battling the negative stereotypes of bisexuality -- particularly the idea that bisexual people are indiscriminate in their sexual practices. This battle over perception, poly people fight too, so lumping it in with hypersexual behavior can be problematic.

It is crucial that we do not inadvertently position ourselves as "better" or more "worthy" of acceptance than those who choose to live further outside the constrictions of heteronormativity. Quickly our discourse can be misconstrued as "we're queer... but not THAT queer" which is privileging those practicing monogamy over other ways of living.

It is evident you have a great open heart and I'm grateful you have created space for this dialogue!

The few times I have ever seen bisexual characters portrayed on stage, it's almost always the same negative stereotypes: "the confused, or in-denial bisexual" as well as popular tropes like bisexuality as shorthand for decadence, or bisexuality as caused by some familial trauma during childhood psycho-sexual development, or as a cause for creepy adult behavior.

The irony is that I'm fairly certain that the authors consider themselves to be fairly liberal folk.

Yes! As a bisexual playwright, I'm always frustrated at the lack of representation in theatre/media. I've written a play where the main characters are bisexual and don't fall into those cruel tropes of confusion. Hope to tell many more bisexual stories for many years to come.