The 2013 LTC National Convening, October 31—November 2, 2013, Boston, MA
The first large-scale formal gathering of the Latina/o theatre community since 1986 took place last October 31-November 2, 2013 at Emerson College in  Boston, Massachussets. In partnership with HowlRound, the LTC hosted a historical convening of 78 Latina/o actors, directors, producers, playwrights, designers, and scholars representing all regions of the United States. They gathered to explore the history, current challenges, opportunities, and visions for Latina/o theatremakers in the 21st century. Over the course of the convening, those gathered sought to advance the state of Latina/o theatremaking through sharing artistic, organizing, and institutional wisdom. Strategies were identified to seed collaborations and strengthen the burgeoning network of Latina/o theatre artists. 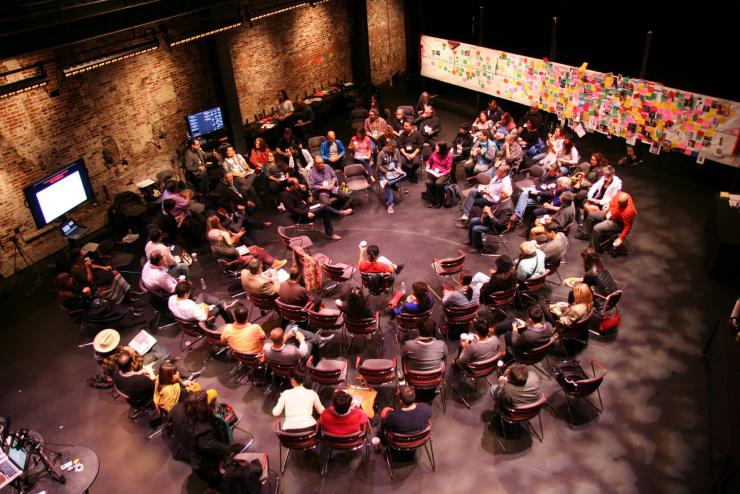 The convening brought together veteranos, emerging artists, and independent artists, as well as organizationally affiliated practitioners and scholars, illuminating the diversity of the Latina/o experience from across the country. Participants served as delegates of their regions and communities, tracing their roots to many nations, some Spanish speaking and non-Spanish speaking, identifying on the queer spectrum, and embracing Native or African heritages as well. 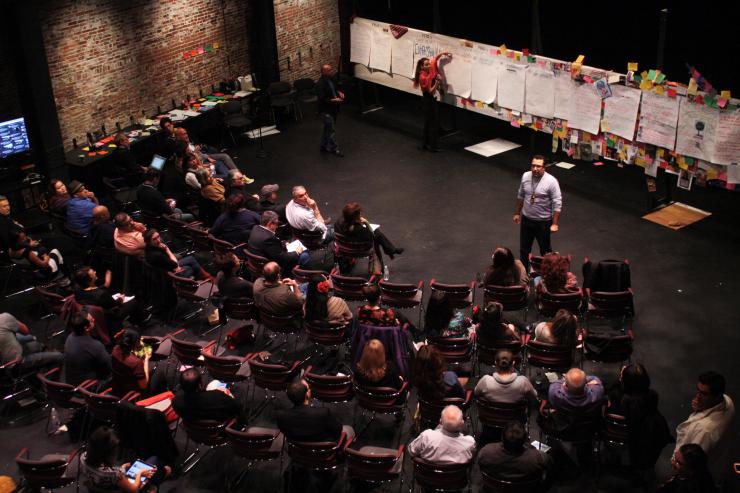