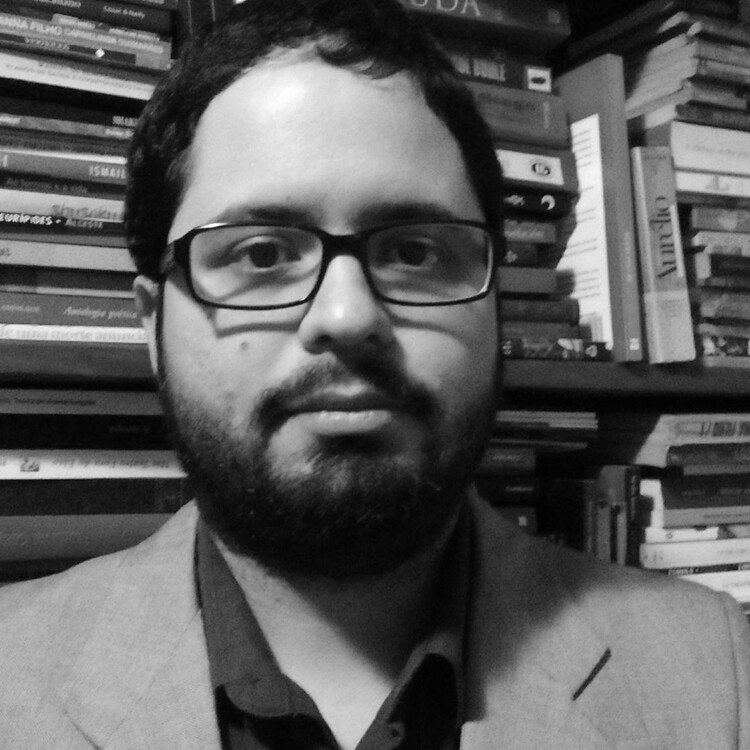 A Brazilian Coriolanus in the Age of CEO-Politician Heroes

If social context is an essential element to determine the historical relevance of the production of a play, it wouldn’t be inappropriate to say that only a few other theatrical works could have the same pertinence to the current situation in Brazil as Shakespeare’s Coriolanus. In the country’s biggest city, Sao Paulo, the play exhibited great vitality and provided noteworthy political insights last July, when the ensemble Companhia Ocamorana took it to the stage.

Coriolanus was a Roman general who, in a time of scarcity and crisis, managed to obtain full support of his fellow citizens and led a military campaign against the Volscians, a major foreign threat. His victory gave him the reputation of Rome’s greatest hero, but he nevertheless fell in disgrace due to his lack of modesty—he was too proud of his deeds and of his patrician status to request the votes of the plebeians. Banned from his own land, he wound up joining his chief enemy Tullus Aufidius against the Romans, but his mother dissuaded him from attacking the city and the Volscians killed him.

Coriolanus, both Shakespeare’s tragedy and Brecht’s faithful adaptation, has a lot to say about contemporary politics and social convulsions on a global scale, and especially in South America.

This tale inspired a Shakespearean tragedy and a modern reenactment by German author and director Bertolt Brecht, who considered it to be one of Shakespeare’s most productive plays about the political dynamics of the masses.

Coriolanus, both Shakespeare’s tragedy and Brecht’s faithful adaptation, has a lot to say about contemporary politics and social convulsions on a global scale, and especially in South America. The noble general is portrayed as the logical extension of the leader Rome needed to remain independent and prosperous. Particularly in Brecht’s version, Coriolanus was deeply convinced of his irreplaceability.

Coriolanus was chosen to be Rome’s new consul because he was an undefeatable military leader. But why should that single ability be considered desirable for a ruler? Among other things, Brecht wanted us to meditate on the needs of the plebeians and on the fabricated character of a hero.

The renovated cult of CEO politicians—which is apparently a global phenomenon—sheds a new light on this matter. During the last three decades or so we have been hearing that the State apparatus is a thriftless giant of inefficiency and uselessness. At the same time, the growth in the gap between the richest 1 percent and the remaining 99 percent has produced not only general dissatisfaction, but also an almost religious belief in the heroic qualities of the few people who were able to be part of that exclusive club. Another component of the neoliberal theology is the belief in the effectiveness of management tools to achieve success in every field of human experience. Since the 1990s South American countries have been suffering the effects of this ideology and now a new wave of businessmen/politicians is taking control.

That is how the citizens of Sao Paulo elected Joao Doria Jr. as their new mayor. A businessman and socialite, Doria Jr. owns a conglomerate that includes a publishing house and an event management company, but his main enterprise is a forum that congregates hundreds of executives and businessmen. Doria Jr. was also the host of two seasons of the Brazilian version of TV show The Apprentice. During his campaign in 2016, he insisted that he was not a politician, but a manager. He also stressed his humble beginnings as a low-rank worker starting at age thirteen. (It’s not clear to most people how his forum operates, but Brazilian press unveiled that the little-known magazines he publishes have received vast amounts of public money to include governmental ads.)

His election took place in the middle of a huge crisis. At the federal level, President Dilma Rousseff was accused of corruption and impeached in 2016, being replaced by Vice President Michel Temer, who also faces bribery charges. Rousseff’s impeachment put an end to thirteen years of Leftist administrations—most of them with strong economic growth—and her Workers’ Party is suffering now its worst offensive since it was founded in 1980. Temer’s mandate is focused on the implementation of an austerity package, effected by a team of ministers who had been previously connected to financial institutions. Neoliberal discourse is all over the media.

Joao Doria Jr. took advantage of all these circumstances and built his image as an experienced and responsible administrator. With only nine months as Sao Paulo’s mayor, he is already campaigning all over Brazil to secure his candidacy in 2018’s presidential election.

If the possible significances of a classical work of art are multiple… director Marcio Boaro accentuated one main aspect…the popular strength of the plebeians that put pressure on the Roman political class and forced profound changes in the government.

This is the social environment of Coriolanus staging in Sao Paulo. Curiously, the production was financed by the city government through a program that funds the activities of theatre ensembles. Established in 2002 by a Workers’ Party mayor, the program seems to be at risk as since Doria’s election calls for projects were severely delayed.. Companhia Ocamorana was among the last theatre groups awarded city resources before the new mayor took office.

If the possible significances of a classical work of art are multiple—one can highlight Coriolanus’ aristocratic pride and his contempt for the working mob, or focus on the conspiracies that every political system enable, or even do both—Ocamorana’s director Marcio Boaro accentuated one main aspect in his enactment: the popular strength of the plebeians that put pressure on the Roman political class and forced profound changes in the government. General Coriolanus’s trajectory of rise and fall was determined by the organization of the people against the Senate during the corn supply crisis. The revolt of the plebeians secured the nomination of two tribunes of the people, Sicinius and Brutus, and they played a vital role in the hero’s proscription.

Ocamorana’s Coriolanus was structured around this popular perspective. The plebeians are always visible on the stage, even when a scene deals only with noble characters. Their process of political learning, their ups and downs during the disputes with the Senate, and their ruminations on each new political situation are central to explain Coriloanus’s downfall.

This was probably the peculiar pathway of South American exploited peoples in the last decades: we fought for our rights and could secure some important social advances with the election of progressive leaders. But our archaic and inequitable political systems were not replaced and injustice endured—and eventually escalated when the ageless masters of everything took power again, this time using managerial propaganda. In Brazil, this road led us to a huge political and financial crisis. That is possibly why Brutus, performed by female actor Andressa Ferrarezi, demonstrates an ambiguous attitude towards plebeians and senators; one cannot be sure if he is genuinely interested in the people or in the elite.

In Brecht’s play Life of Galileo, the main character famously stated that “unhappy is the land that needs a hero.” This was Brecht’s way of reaffirming his faith in the people’s ability of changing society and power with no need of mythological leaders. In Ocamorana’s Coriolanus, the entire performance is a development of this idea. The future acts will show us what kind of land we can aspire to be.