Edris Cooper-Anifowoshe is an award-winning director, actor and writer. She has directed at Trinity Rep, Magic Theatre, TheatreWorks, WaterTower Theatre/Dallas, Mark Taper Forum,Southern Rep in New Orleans and Alabama Shakespeare, among others. A one-time performer with the San Francisco Mime Troupe Edris has performed at many regional and independent theaters and for more than a decade was a lead artist for Rhodessa Jones' The Medea Project; Theatre for Incarcerated Women.

Edris' original solo performances have been seen at Northwestern University, the University of Illinois and the University of Florida in Gainesville in San Francisco at AfroSolo Festival, Intersection For the Arts and other small independent venues, including her own Sugar Shack Performance Gallery and Cultural Center in the Lower Haight (1991-1993).

Internationally, Edris has performed in Ibadan, Nigeria and Berlin, Germany and presented scholarship on performance in Mexico, the UK and the Netherlands. Her 2010 performance of Adventures of A Black Girl In Search of Academic Clarity and Inclusion was presented as part of the solo/black/women festival at Northwestern University, is being created as a video game and will be published in an anthology by Northwestern University Press later this year. 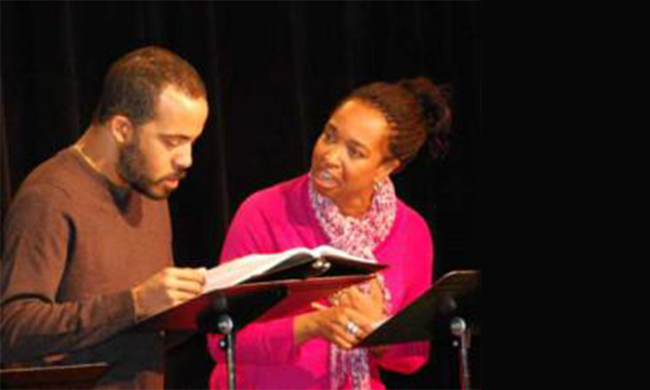 Who We Are
Essay

Black Theatre in the Bay Area