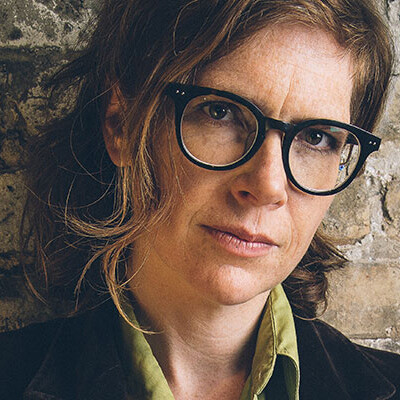 Evalyn Parry is an award- winning, queer feminist performance-maker and theatrical innovator whose work as a director, writer/performer, musician and collaborator is inspired by intersections of history, social justice and auto/biography.

She is the artistic director of Buddies in Bad Times Theatre in  Toronto. Before taking on this role in 2015, Parry built a singular career as a creator, performer and producer of new work for the stage. Working across disciplines of theatre, music and literary performance, Parry’s deeply collaborative practice, combined with her impressive track record of independent producing, long history in the queer and arts community and her interest in socially/politically engaged performance, made her a natural fit for the leadership of this unique theatrical institution. Parry has enjoyed a long history with Buddies; as well as being a home for much of her early theatrical work, in addition she was director of their Young Creators Unit (now Emerging Creators Unit) for over a decade, during which time she lead the selection and development over 40 new theatrical works by young queer artists including Waawaate Fobister, Jordan Tannahill, Flerida Pena, Shaista Latif, Tawiah M’Carthy, Katie Sly, and many more.

Since taking the reigns at Buddies in 2015, Parry has helmed three significant mainstage projects: Gertrude and Alice, The Youth/Elders Project and Kiinalik:These Sharp Tools.  Through these singular works, in combination with her industry-leading programming and curation, Buddies continues to be one of Canada’s leading contemporary theatre companies.

Parry is the recipient of numerous awards, including the KM Hunter Award for Theatre, the Colleen Peterson Songwriting Award, and the Ken McDougall Award for upcoming director; in addition, she has been acknowledged with multiple Dora Mavor Moore Award nominations for her work as director, writer, performer and composer, and most recently, a nomination for the 2018 Governor General’s Literary Awards for her play Gertrude and Alice (with Anna Chatterton and Karin Randoja).  In 2018 her show Kiinalik:These Sharp Tools (co-created with Laakkuluk Williamson Bathory, Erin Brubacher, Elysha Poirier and Cris Derksen) took home the Dora Award for Outstanding New Play, as well as Sound Design/Composition; the first play she directed for Buddies mainstage in 2012, Obaaberima by Tawiah M’Carthy, took the Dora for Outstanding Production and went on to tour nationally.

Parry’s critically acclaimed show SPIN (about the feminist history of the bicycle) was developed and first produced at Buddies in 2011; it has toured extensively around Canada and the USA, logging more than 300 performances around North America, from the Yukon Arts Centre in Whitehorse to the Lincoln Center in New York City and many places in between.   She is a founding member of the acclaimed feminist collective Independent Aunties, with whom she has co-authored and performed six plays, including the recent Gertrude and Alice, Breakfast, and their award-winning festival favourite Clean Irene & Dirty Maxine).

In addition to her theatrical productions, Parry has produced five albums of music and poetry; her work has been included in numerous anthologies and made into short films.  She lives in Toronto with her wife and her dog. 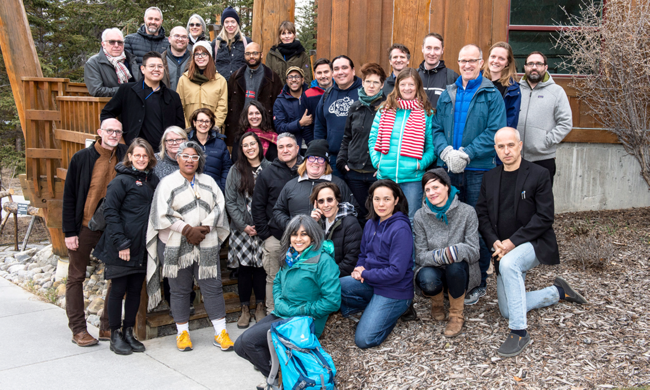 Holding This Climate in My Body
Essay

Holding This Climate in My Body