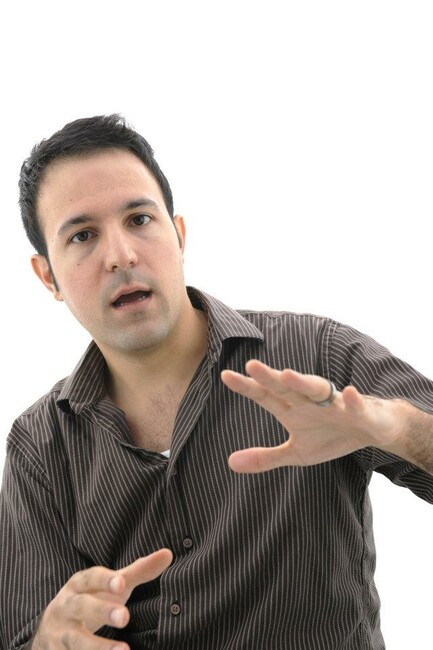 Matthew Sergi, an Assistant Professor of English, specializes in medieval English drama and performance. His courses at the U of T focus primarily on British drama through 1603, but he also teaches present-day drama, the history of the English language, critical writing, and pedagogy. Periodically, he also offers practical performance courses and workshops beyond the U of T campus, geared toward the live production of medieval play texts. As Scholar-in-Residence at the Harbourfront Centre World Stage, he also facilitates frequent pre-show discussions for Toronto theatre goers. (His statement of teaching philosophy is accessible in his FAQ, linked above.)

In 2011, Matt got his Ph.D. in English and Medieval Studies from the University of California-Berkeley, where his dissertation work and publications on the biblical plays of the Chester cycle (c.1421-1607) earned him numerous honours, including one of the Medieval Academy of America's Schallek Awards in 2008 and the Medieval and Renaissance Drama Society (MRDS)'s 2012 Barbara Palmer Award for Best New Essay in Early Drama Archival Research. Before coming to the U of T, Matt spent two years as an Assistant Professor of English at Wellesley College. Matt did his undergraduate work at NYU, where he studied English while also earning his BFA in Drama at the Tisch School of the Arts, with an emphasis in Applied Theatre, where he studied the Six Viewpoints under their creator, Mary Overlie. He was a 2012 Artist in Residency (Performance) at the Headlands Center for the Arts; his training and experience as a performer and director remains fundamental to his research and teaching.

Matt has presented his ongoing research in early drama internationally, including invited lectures at Harvard University, the California Institute of Technology/Huntington Library, and the Folger Institute (where he also led a practical Viewpoints workshop). He is currently finishing up his research on the Chester plays, which will take its final shape as his first book, tentatively titled For the Lewd Standing Here: Practical Cues in the Chester Plays. The book investigates how the unscripted festive practices of Chester's citizens shaped, and were shaped by, the dramatic scripts they left behind. Meanwhile, he has begun new research into the economics of medieval performance, which has taken form in publications (for which he has now received the MRDS’s 2016 Martin Stevens Award for Best New Essay in Early Drama Studies) and in live performances (funded in part by a 2015 Connaught New Researcher Award) that he has directed. He sits on the board of PLS, a Toronto production company devoted to live performances of early drama, through which he has produced most of those performances. 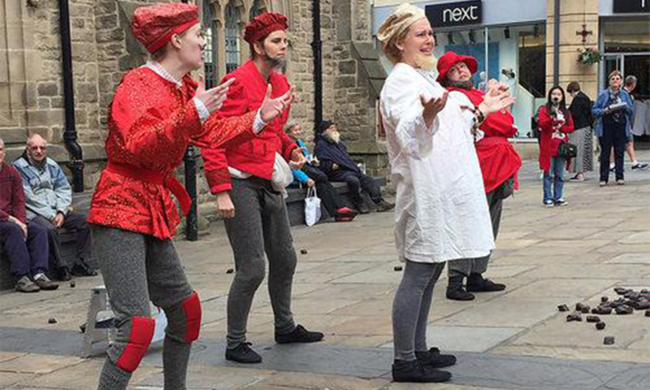 Dr. Matthew Sergi and the Surprising Truth About Morality Plays

Dr. Matthew Sergi of the University of Toronto talks about medieval morality plays, and how performing them today gives us unexpected insights into our own world.