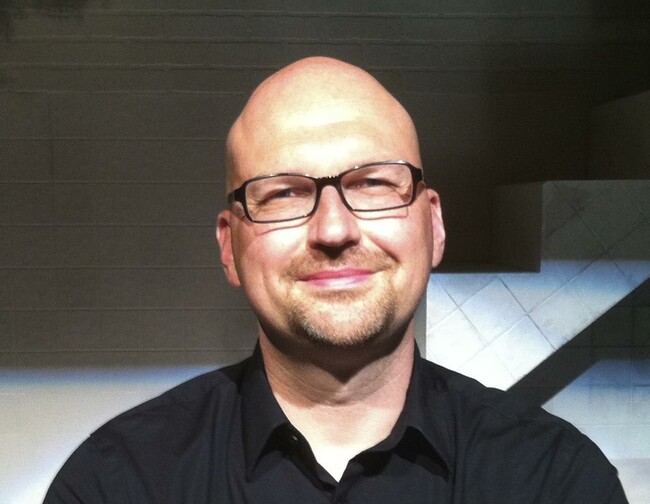 Rob Melrose is the Artistic Director of the Alley Theatre and was formerly the Artistic Director and co-founder of the Cutting Ball Theater.  He also works nationally as a freelance director and has directed at The Public Theater (Pericles, Prince of Tyre), The Guthrie Theater (Frankenstein, Happy Days, Freud’s Last Session, Pen, Julius Caesar - with the Acting Company); The Oregon Shakespeare Festival (Troilus and Cressida – in association with the Public Theater); Magic Theatre (An Accident, World Premiere); The Old Globe (Much Ado About Nothing); PlayMakers Rep (Happy Days); Black Box Theatre (The Creature, World Premiere, BATCC Award for direction); as well as Actors’ Collective; The Gamm Theatre; and Crowded Fire, among others. His directing credits at Cutting Ball include Timon of Athens, A Dreamplay, Ondine (World Premiere), Mount Misery (World Premiere), Strindberg Cycle, The Chamber Plays in Rep, Krispy Kritters in the Scarlett Night (World Premiere), Pelleas & Melisande, the Bay Area Premiere of Will Eno’s Lady Grey (in ever lower light), The Tempest, The Bald Soprano, Victims of Duty, Bone to Pick & Diadem (World Premiere), Endgame, Krapp’s Last Tape, The Taming of the Shrew, Macbeth, Hamletmachine, As You Like It, The Death of the Last Black Man in the Whole Entire World among others. He has taught at Stanford University, UC Berkeley, USF, the University of Rhode Island, and Marin Academy. He has a BA in English and Theater from Princeton University and an MFA in directing from the Yale School of Drama. Rob recently directed Strindberg's Svarta Handsken (The Black Glove) in Stockholm, Sweden at Strindberg's Intimate Theater. This was the first time the play was performed on the stage for which it was written, 110 years after it was composed.

He has translated Woyzeck, Ubu Roi, Pelleas & Melisande, The Bald Soprano, The Chairs, No Exit, Communique n ̊ 10, Where and When We Died, and The Blind. His translations of Woyzeck, Ubu Roi, and Pelleas & Melisande have been published by EXIT Press. He has written a number of plays including: Helen of Troy, The Flat Earth, Divorsosaurus, When Human Voices Wake Us, Asylum, and Serpentyne and has written a rock musical adaptation of L. Frank Baum's Ozma of Oz with the San Francisco electro-rock group Z.O.N.K. He is represented by Max Grossman at Abrams Artists Agency. 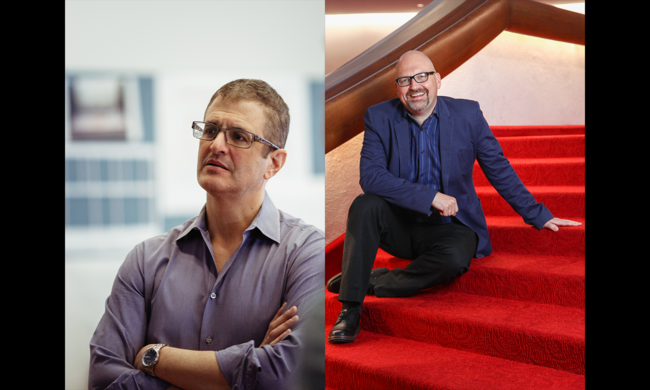 “Who are you when scared?”
Essay

“Who are you when scared?”

Artistic directors Joe Haj of Minneapolis’s Guthrie Theater and Rob Melrose of Houston’s Alley Theatre talk about confidence and fearlessness, a company of actors, fighting for the classics, and more.