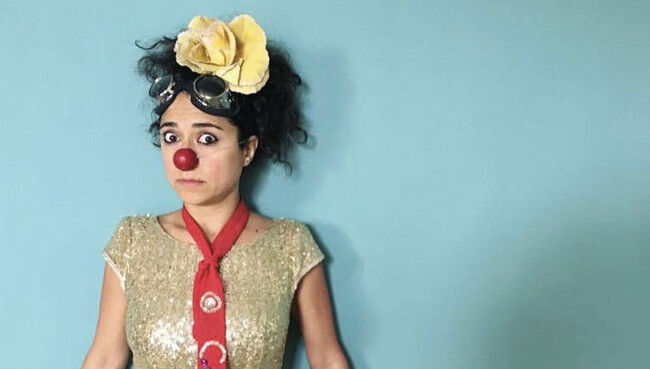 Sabine is a Lebanese humanitarian clown, storyteller and performer. With qualifications in performing arts from London and social therapy from New York, she has been working with different communities around the world, finding real stories and transposing them on stage or in film.

Sabine co-founded Clown Me In in Lebanon and Mexico, a group using the art of clowning to fight social injustice. She is a member of Clowns Without Borders USA spreading joy and laughter among disadvantaged communities and in refugee camps. She is the Artistic director of the International Institute for Very Very Serious Studies a performance training program in Beirut focusing on social street theatre as well the The Caravan project, a street theatre project, in it’s 4th edition, that takes real life stories to more than 150 communities in Lebanon, Tunisia and Sweden. She was also the managing director of Beirut Cinema Days film festival.

Sabine was among the 40 cultural leaders chosen to share their work at the World Economic Forum at Davos in January 2017, and she is the first female clown to receive the “Clown At Heart” Premio Clown Nel Cuore during the Clown&Clown Festival – Monte San Giusto Città del Sorriso in Italy in 2019.

Her theatre and therapy projects led her to work in many countries such as Lebanon, The United Kingdom, The United States, Brazil, Mexico, India, Canada, Cyprus, Tunisia, Sweden, Switzerland, Belgium, France, Cameroon, Morocco, Jordan and Dubai. 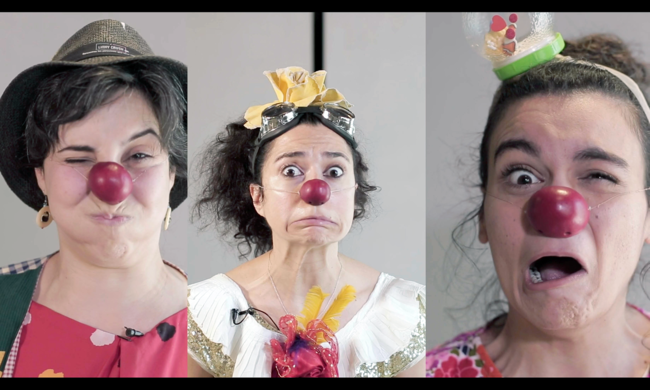