Shea Howell has been a Detroit activist for nearly 4 decades. Like many people of her generation, she was deeply influenced by the civil rights, black power movement and anti war movements of the 1960's. She was involved in feminist and anti-military struggles, writing her first book, Reflections of Ourselves on women, politics and media in 1983. She contributed to the development of ecofeminism and ecology movements, especially the development of the national Green Gatherings. She worked in early anti-oppression efforts, co-authoring two widely reprinted pamphlets with Margo Adair, The Subjective Side of Politics and Patterns of Power.

From the early 1970's until the end of the 1980's she was a member of the National Organization for an American Revolution. She worked with a number of community organizations including SOSAD (Save our Sons and Daughters), WEPROS (We the People Reclaim Our Streets) and Detroiters for Dignity. In 1992 she co founded Detroit Summer with a number of other Detroit activists, including James and Grace Lee Boggs, Richard Feldman and Clementine Barfield. She also worked with Detroit Sanctuary Coalition, serving as chairperson for several years. For much of the 1980's and 1990's, she was part of women's cultural productions, including the Detroit Women's Coffeehouse. She has been actively involved in lgbtq politics in Michigan, chairing the Michigan Campaign for Human Dignity, working with the Triangle Foundation and Affirmations. She is contributing writer for Between the Lines, a state wide newspaper for the lgbtq community.

Currently, she works with youth, artists and community-based development. She lectures and writes on issues of social difference and peace also writes a weekly column for the Michigan Citizen. Her most recent book is on political ideology and community transformation. She is a co-founder of the BCNCL (James and Grace Lee Boggs Center to Nurture Community Leadership). She most recently has helped develop an interfaith initiative to support and advance community assets on the lower east side of Detroit through intentionally directing economic decision-making with congregations and communities. She recently organized Detroit 2012.

She is a professor of Communication at Oakland University where she has taught for more than 30 years. Over the last decade she has been working with the Michigan Roundtable on school and community based initiatives for community reconciliation. This work is informed by her activities with the Beloved Communities Initiative, formed to encourage spirit rooted activism. 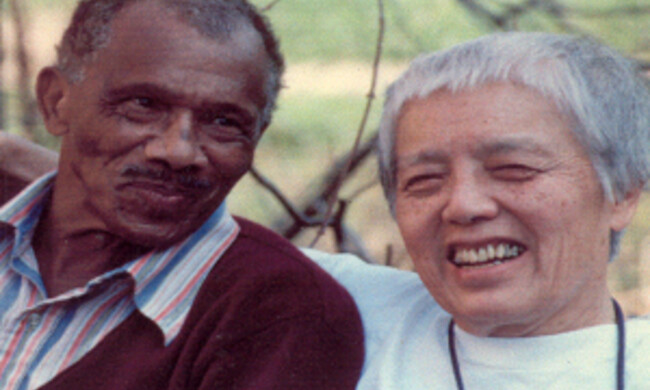 The Creation of a New Way of Living
Essay

The Creation of a New Way of Living