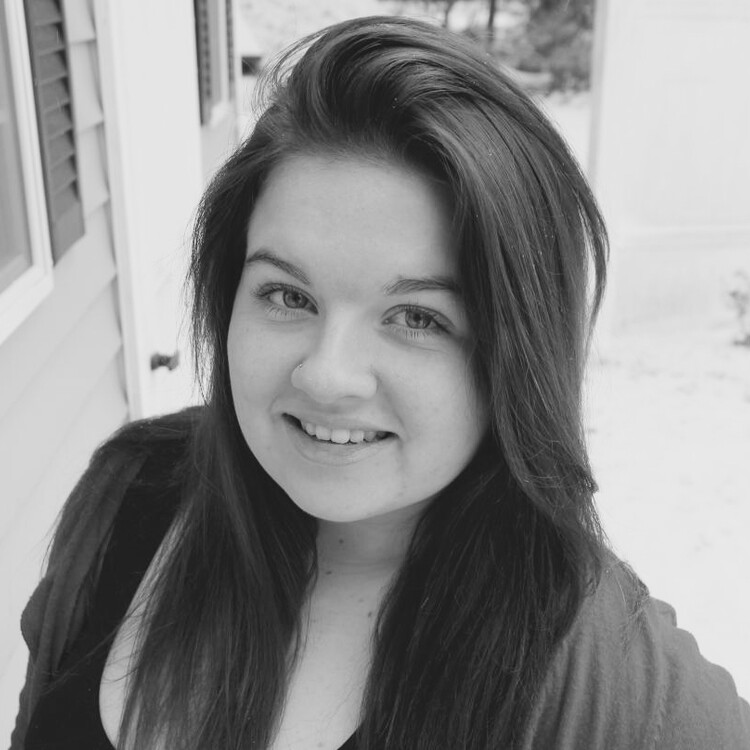 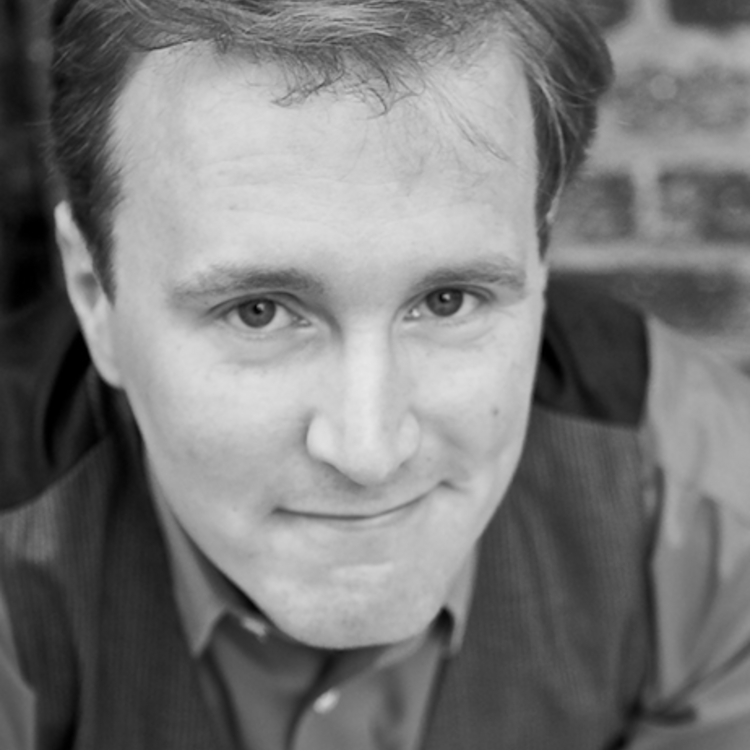 Enter, If You Dare

How Playwrights Wield Terror and Why

The past year has brought us into direct conversation with our fears from an independent to international scale. There is no shortage of social anxiety, and plenty of media material to fuel the fire of our unease. Regardless of political allegiance, the unrest has come to a head, and each of us is grappling with the unfamiliarity of our world. We’re helpless and we’re fumbling and—if we can admit it—we’re scared.

In the wake of political and social upheaval, many artists are curious about their purpose in the fray. Art serves as a temperature gauge for our feelings and reactions, a way to imprint on history what was what. Movements of the past indicate some courses of action, from French avant-garde players sticking out their tongues at the bourgeois to Brecht tearing down sets to expose the corruption of war. There is no question that art trails turmoil, and that turmoil has created poignant, lasting art, but what do we offer audiences when we produce stories surrounding our collective apprehensions and fears? The world is terrifying enough—why would they want to read books, binge TV shows (looking at you, The Handmaids Tale) or see plays that confirm that?

What do we offer audiences when we produce stories surrounding our collective apprehensions and fears?

With the question of purpose looming, we are first called to consider what brings audiences to our doors to begin with; a classic answer is the production of that ancient aphrodisiac, catharsis. Catharsis, in its Aristotelian roots, is the purgation of pity and fear. This release of emotion will supposedly earn you a sense of peace, a natural high from bringing yourself to the edge and back again. This idea provides a base understanding of why art is satisfying; we experience depths of emotion without it interfering in our day to day lives. We get all of the benefits of a life lesson with none of the consequences. Our horizons are broadened, our sense of understanding restored—bing bang boom—catharsis.

This model of catharsis offers a window into why we might seek out scary subject matter on stages and screens: what better way to feel that sigh of relief than by visiting the brink of our deep dark fears? The thrill of suspense, the intrigue of taboo; it accounts for the popularity of horror movies and Stephen King’s best sellers—and it’s never been absent from our stages. The 2016 Tony Award winner for best play, The Humans, utilized sudden blackouts and Hitchcock-style tricks of light to underscore the frantic, quaking energy of a family in turmoil. One of the most provocative shows of the last decade was PunchDrunk’s Sleep No More, a dark and dismembered spin on Macbeth that builds a maniacal funhouse around the classic piece. Audience appetite for haunting new drama is keen.

I had the pleasure recently of talking with Walt McGough, a local playwright and the former literary manager at Boston’s Speakeasy Stage, to discuss theatre’s history with fear, and the audiences who line up for it. My first question: why are we all so drawn to the scary stuff?

“On the one hand, there is the element of control” Walt says, as we sit down to chat at the Boston Center for the Art’s Calderwood Pavilion,

As in, when I see a show I’m pretty sure that no one is going to run offstage and punch me in the face. However, there’s also the fact that if you enter a room with people and everybody has the same experience, it gives you a common language to talk about it. Rather than have everybody wandering around worrying about their own lives, you have a chance to make everyone experience something together, and feel a little less alone. It makes the world more manageable.

There is plenty of spine-tingling material on stage that colors the spectrum from eeriness to straight up horror. The former, Walt surmises, can often be found in the hands of Irish playwrights, whose native writers have a knack for building suspenseful dramas against bone chilling landscapes. “They broaden the possibilities of the world” Walt says, “so you can’t help but look over your shoulder.” One of the most recognizable is Martin McDonagh, known for his success in drama and film, whose disturbing wit has earned him international accolades. Conor McPherson’s play The Weir, a stringed narrative of ghost stories set in an Irish pub, has been lauded for its enthralling and spooky storytelling. Marina Carr has a body of work filled with jagged edges and stomach churning reveals, none so prominent as her play By the Bog of Cats, which brings the Greek myth Medea into the Irish Midlands. These playwrights capitalize on the oral tradition of their culture, entwining natural with supernatural, to splinter open conceptions of the world you thought you knew. No matter how twisted and fantastical the tales become, they keep one foot on familiar ground, so you can’t help but see yourself in the fray.

While some playwrights sneak into your dreams, others prefer to pull you into a full-scale nightmare. One movement that embodies the latter is French dramatist Antonin Artaud’s Theatre of Cruelty, which combines horror and theatre with a surrealist edge. Grotesque physicality, maniacal laughter, hysterical sobbing, and pulsating light are just some of what you might find on his stage. Artaud believed humans needed a release for repressed and instinctual urges, and reckoned that sensory overload would set loose our inner demons.

Running along a similar vein is the work of British playwright Sarah Kane, who shared Artaud’s propensity for excess. The unparalleled playwright, whose captivatingly violent collection of works earned her notoriety in the 1990s, seemed to embody Artaud’s original values—with a sharp twist into more brutal subject matter. Her first play, Blasted, which repulsed and enraged her British critics upon its premiere at the Royal Court Theatre, runs the full gamut of excruciating—mutilation, rape, cannibalism—all before your very eyes. Her work was integral to Britain’s “in yer face” theatrical movement, which aimed to aggressively provoke audiences and harness the power of their reactions. Where the more atmospheric playwright might tilt your frame of view to offer perspective, writers such as Kane and Artaud crack humanity open as wide as they can pry it. To witness their work is to witness the dark depths of humanities capabilities, and to grapple with the mysteries of your own.

To be portrayed convincingly on stage, violence requires the “really skillful writers,” says Walt, “because the audience will always know its fake. Writers who use a more atmospheric fear give you things that haunt you when you leave. So you’re either making people scared of the world outside the theatre, or shocking them within the world you’ve created.”

Where art potentially can be helpful is to keep upping the empathy between the artist and the audience to differing perspectives. We are better served to give voice to and represent as many different people and populations as possible.—Walt McGough

Playwrights who wield fear well give us new ways to understand ourselves and our varying communities. As the world changes, especially at this boiling political moment, we can take these past ideas and examine them in our own contexts. In Walt’s opinion, from the perspective of a playwright and dramaturg, art can offer remedy for the bloated wealth of facts (or “facts”) and opinions streaming through our lives:

Today, there’s an overabundance of ideas being expressed, and very little filtration. Where art potentially can be helpful is to keep upping the empathy between the artist and the audience to differing perspectives. We are better served to give voice to and represent as many different people and populations as possible. [Theatre is] becoming less theory based and more experience based.

This concept is crucial to examine as we attempt to make room for art that offers insight beyond our own understanding. One playwright who excels in this capacity is Branden Jacobs-Jenkins. His plays such as Gloria and An Octoroon masterfully negotiate tension, anticipating the laughs and sighs of his audiences while he dexterously toys with their response. In An Octoroon, Jacobs-Jenkins mounts classic racial stock characters with an infusion of contemporary language and wit, pulling the past and present up onstage and interrogating racial identity as we think we know it. Jacobs-Jenkins assumes the unease of the audience, the divisive nature of the conversation he hopes to have, and weaves that into the play’s fabric. In this way, he uses our fear of confrontation to push the conversation further. His work places you squarely within a conflict, and compels you to engage with it.

This is the task that, since the 2016 election, has looked increasingly impossible: the ability to listen to one another, and take on someone else’s fears as our own. As Walt puts it,

I think there’s been so much complacency which leads to living in a theoretical space. People who are comfortable in privilege read all the statistics on black male incarceration or rape culture or any number of terrible systemic issues and they shake their head and go ‘oh that’s terrible’, but don’t do anything; and then Trump is elected, and they have a very active fear response of ‘I don’t live in the world I thought I lived in’ and suddenly they’re making calls to Congress, all because of a personal attachment and investment they didn’t have before.

Here we see where dancing with our fears might pay off, and how catharsis has the power to better us beyond our own capabilities; where pity causes us to feel badly on behalf of our protagonist, fear may have a more biting power to rope us into their reality. When it comes to understanding another person and the struggles they face, it may be more useful to fear for them than to love them. Fear on behalf of our fellow citizen’s right to thrive can be the motivation that takes us out of our comfort zones and onto the streets, fighting for a world we want to live in.

We are not obligated to live in our fears, but our ability to access them gives us a power beyond ourselves. Writers who create that experience reach within to give us something, but they also demand something. They demand not only to be seen, but to be felt and experienced. They demand you to share their world, so the commonality between theirs and yours cannot be ignored. And when it’s over, they hope that you’ll move forward with them: boldly, bravely, and unafraid.

I would love to see that as well- I'm eager to hear about emerging plays and playwrights in this genre &amp; the theatres supporting them!

I'd love a soundoff from theatre companies specializing in horror? I'm with WildClaw Theatre in Chicago! <3

I would love to see that as well- I'm eager to hear about emerging plays and playwrights in this genre & the theatres supporting them!