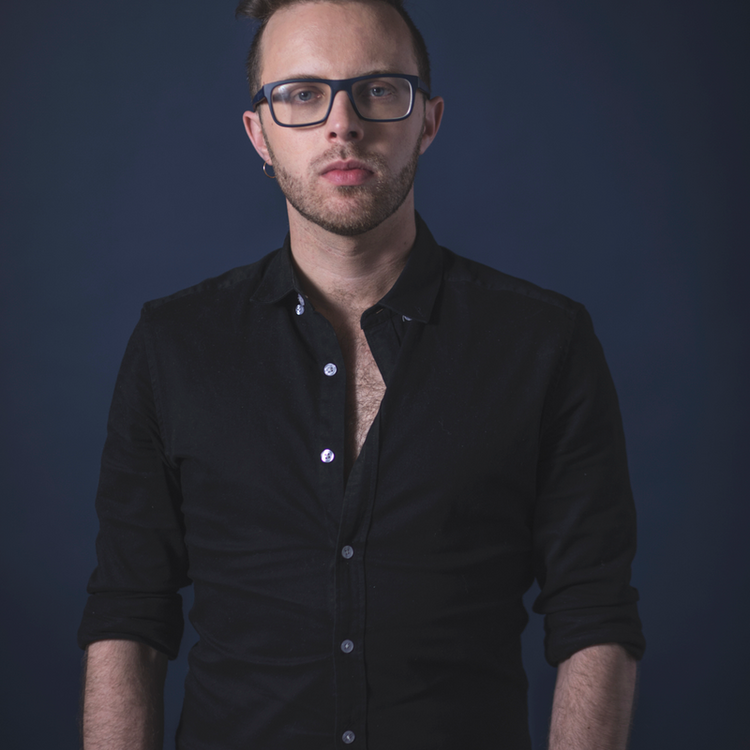 On Forgetting and Theatre’s Impermanence

I have already forgotten almost every play I’ve ever seen.

I had this realization the other day while scrolling through Twitter. I came across an old post from a friend reflecting on The House That Will Not Stand by Marcus Gardley at New York Theatre Workshop, which ran in 2018.

Oh yeah, I thought, I forgot about that production. That was a really good show.

That’s an understatement. That show had blasted me apart. I wept openly. I raved about it for weeks. I parsed through memories of it endlessly. I thought, This will remain one of my favorite works of theatre I will ever see.

But until I stumbled upon that post on Twitter, I hadn’t thought about that show in almost a year.

We artists are asked to justify our work incessantly. Through grant applications and play submissions and conversations with our parents, we have to perform our work’s worthiness. And more often than not, the question is framed in purely economic terms. Resources are going to be poured into this play. Why should they be? and People are going to pay to see your show. Why is your product worth purchasing? 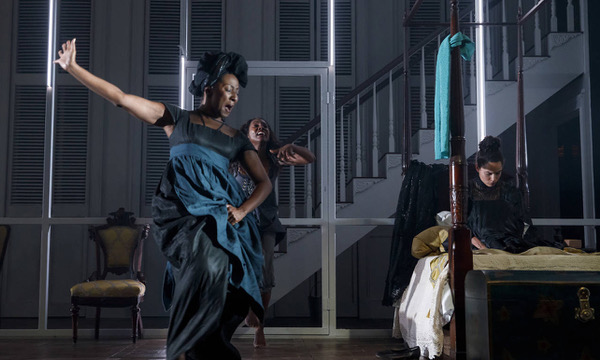 These capitalist constraints are maddening for most artists, but they become particularly slippery for a product that is built to vanish. Theatre is ephemeral, we explain endlessly. Every time we raise five thousand dollars to put up a show in some under-lit black box, we find ourselves trying to justify the existence of a work of art that will vanish after one or sixteen performances. So we say that the product is the memory, not the show. We tell our parents, our friends, the guy we chatted with on Grindr, Theatre is ephemeral, see, that’s one of its values, that’s why it’s fine only twelve people will come to see my one-night workshop in Brooklyn of a show that may never have a future life. We say the fact that theatre is ephemeral is what drew us to it. We latch onto that aphorism because it gives the commercial unviability of our work a fleeting beauty, a glamorous inscrutability. It’s a lovely marketing spin for our potential customers.

I call bullshit on this, or at least I call bullshit on myself for having ever said this. Ephemerality isn’t what drew me to theatre. The truth is I would love to create a live a performance that lasts forever, that is etched into cultural memory. I want to make something that capitalism deems worthy of material permanence. This is a gross desire, I know, but my spiritual yearnings and capitalist schemings are inextricably bound. Call it the spiritual condition of the age of entrepreneurship. If you’re a more emotionally sophisticated person than me, you might say, Material permanence is a capitalist myth, so be glad your art form makes no pretense to permanence. Except that’s not true, is it? If theatre weren’t also under the thrall of the myth of permanence, we wouldn’t have a canon. Ephemerality is a tonic to soothe our own egos every time a play we labored over fades in the minds of our loved ones.

Maybe you’re fine with the fading. I’m not quite there yet.

These capitalist constraints are maddening for most artists, but they become particularly slippery for a product that is built to vanish.

I distrust anyone who says they make theatre because it is ephemeral. I suspect none of us really know why we make theatre. Years of writing artist statements have forced us to find approximations for the gnarled impulses that drive us. This is a false clarity. Oftentimes the reasons we give for why we make theatre aren’t actually what drive us. We just know that those reasons are morally positive, and we want our work to line up with a moral positive. So we find explanations for why we make what we make because that’s easier than telling a literary manager, I wrote this and I don’t know how it might help the world.

At our worst, we conjure up language no better than a product description. We pitch our plays to an imagined group of financiers. This play is worthwhile because it accomplishes such-and-such task successfully. And thus, working backwards, we can imply our play had a use value all along. But if the memory of the play doesn’t remain, does the use value still apply? What use does capitalism have for a forgotten show than never made anyone money in the first place?

I am trying to remember the name of a friend’s show I saw two years ago. I remember it succeeded in making me laugh at something frightening. I remember its structure was highly sophisticated. I remember the color red mattered somehow (as a metaphor? in the design?).

I can’t remember the title, much less what happened in it. 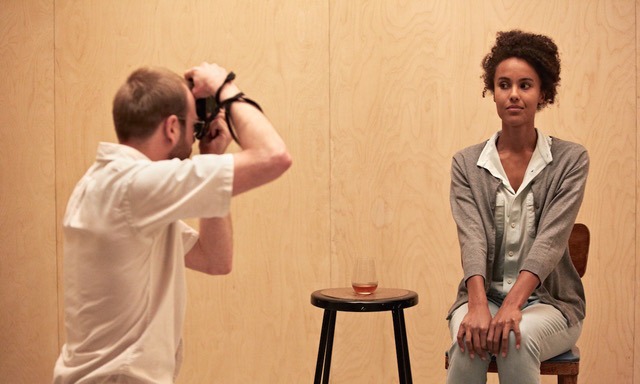 Perhaps none of this is my fault.  Maybe the fault lies with the Big Bad that is technology. Living as we do in an age of endless “content,” where the goal of entertainment companies is to keep us logged on for as long as humanly possible, my capacity for memory must be warped. I like to imagine my mind as a cathedral, a place vast, austere, and uncluttered. But maybe it’s just the opposite. Maybe my mind is filled with so much junk—talk-show interviews, clickbaits, gay porn gifs—that I cannot make out one item from another anymore. It is not a lack of memory but a glut of it that short-circuits my capacity for meaningful remembrance.

This is absolutely an issue, but it seems too simple to call it the full issue. Because theatre demands a greater amount of time and attention, because it is time-bound and material, and it seems only natural it would hold more mnemonic weight than a rerun of Queer as Folk I had playing in the background (please forgive me). Theatre is more event than text, and I find I remember events more easily. Theatre is a phenomenologically distinct experience from film or television.

Blandly, I remind myself that all things end, a staggeringly unoriginal notion. Yet this bare fact that things end, people die, all will be forgotten is so unfathomable, I keep turning it over and over in my mind in the hope it will render itself explicable. It never does. All things end. How stupid.

Maybe theatre is a reckoning with that which is unfathomable. The unfathomable is hard to hold on to in our minds.

As a queer Jew, I want to demand my right to a legacy. As a white man, I question why I feel I’m owed one.

I considered weaving into this essay a sort of self-destruction, a disintegration. Maybe I should just embrace the forgetting in form. I think of Caryl Churchill’s play Blue Kettle, where one of the characters’ speech is infected, reduced to a sputtering mess as they can only repeat “b b b b k k k k” by the end of the play.

Some people have told me that when they saw Blue Kettle at BAM in the nineties, it was one of their most memorable nights in the theatre. They still remember it twenty years later.

Drury’s play Really is a deep interrogation into the nature of genius: how our culture defines it and who gets to possess it (namely, white men). Whenever I reach this final speech by the character of Girlfriend (the only person of color in the play), I find myself deliciously unmoored. Is Drury condemning Girlfriend’s exclusion from artistic legacy? Or is she condemning our infatuation with legacy in the first place? Is the problem that legacy has been historically the domain of white men, or is legacy itself a fundamentally white male conceit that we should all work to escape from? Is Girlfriend trapped or freed by this revelation? There’s probably no clean demarcation between these ideas. They’re probably all too intimately bound up.

Sometimes, cynically, I wonder if legacy is just another commodity. As a queer Jew, I want to demand my right to a legacy. As a white man, I question why I feel I’m owed one. I’m not vain enough to think my art constitutes a legacy, but nor am I mature enough to be unseduced by such a potential. 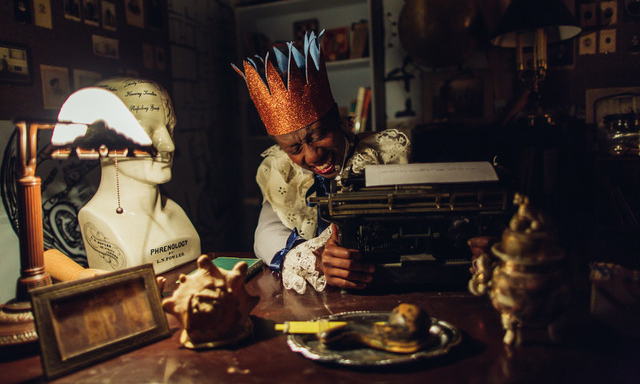 So here’s the problem as I see it: not to combat the forgetting, but how to keep making work in the face of forgetting. To stop clinging to the sentimental notion that our work will live on in the memories of our audiences. To stop hoping that one day we’ll finally make a play worth remembering. To stop justifying our work within the parameters of commerce. Because the work that’s been forgotten was worth making.

Even the word “worth” here is suspect, resorting once again to the language of economics. Let the work be forgotten. Memory is no more a barometer for a production’s contributions than the money earned. Memory isn’t a transaction we can offer. It’s far too strange and evasive to be quantified in capitalist terms. Memory is not our product. We make no final, material, transportable product to be endlessly hawked. What we offer is creation with no product.

There might be no justification for the art we make. Our work probably has no value. But the work does need value to be worthy of our attention.