Breaking Down the Gates: A Conversation About Curation and Inclusion in the Arts

Let’s talk openly about the impact of equity, diversity, and inclusion in curatorial practices 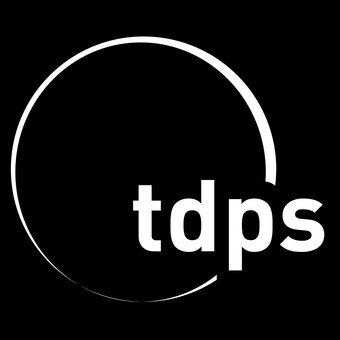 Participants in this panel discussion are Gerald Casel, a San Francisco-based dance artist and director of Gerald Casel Dance; playwright Dustin H. Chinn, whose Snowflakes, or Rare White People, will be presented by UC Berkeley as an online radio play May 1–10; Mina Morita, artistic director of Crowded Fire Theater; and Maria Jenson, creative and executive director of SOMArts. The conversation is moderated by Miyuki Baker, a queer Zainichi artist, activist, and thinker finishing their Ph.D. in performance studies at UC Berkeley.

Gerald Casel is a San Francisco-based dance artist and director of GERALD CASEL DANCE. A graduate of The Juilliard School, he holds an M.F.A. from UW-Milwaukee. Casel is an Associate Professor and Associate Chair of Theater Arts at UC Santa Cruz. He received a Bessie award for his work with Michael Clark, Stephen Petronio, Zvi Gotheiner, and Stanley Love. Casel’s choreographic research and social practice complicates and provokes questions surrounding colonialism, collective cultural amnesia, whiteness and privilege, and the tensions between the invisible/perceived/obvious structures of power.

Mina Morita is the artistic director at Crowded Fire Theater. Previously, Mina served as the Artistic Associate at Berkeley Repertory Theatre—and a founding member of its Ground Floor program; as Board President of Shotgun Players; as a 2014 Lincoln Center Director’s Lab participant; as one of the founding members of Bay Area Children’s Theatre; as Community Arts Panelist with the Zellerbach Family Foundation; and Guest Artist at UC Berkeley and Stanford University. She is a recipient of Theatre Bay Area’s 2014 award for Best Director of a Musical: Tier II and TBA’s 2016, 40@40 award for her impact on Bay Area Theater. In 2015, Mina was honored to share her story on TEDx, and in 2016, she was chosen as one of the YBCA100, for “asking questions and making provocations that will shape the future of culture.”

Maria Jenson is recognized as a leader in the arts for advancing innovative strategies to sustain creative communities in the midst of rapidly changing urban environments. As Creative and Executive Director of SOMArts, Jenson has deepened the organization’s commitment to racial equity, creating clear pathways for Bay Area artists to cultivate new ideas and grow their careers. Through her leadership, Jenson has expanded SOMArts’ public programs, advanced new public-private partnerships, and fostered groundbreaking exhibitions such as The Black Woman is God, The Third Muslim: Queer and Trans* Muslim Narratives of Resistance and Resilience, and many more.

Miyuki Baker connects people, ideas, and movements with visually translated scholarship. They are a queer Zainichi artist, activist, and thinker finishing their Ph.D. in performance studies at UC Berkeley. Their dissertation looks at how cross race and class change work is being enacted in East Oakland through individual and community reparations. They recently published The Black Feminist Study (Illustrated!) Theory Atlas with their co-convener Ra Malika Imhotep as an offering of the embodied spiritual-political education project, The Church of Black Feminist Thought (Instagram: @blackfeministstudy) miyukibaker.com