Moving On Up: Advancing Leaders of Color in Dance

with the Network for Arts Administrators of Color 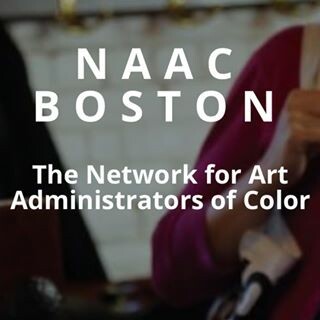 Network for Arts Administrators of Color 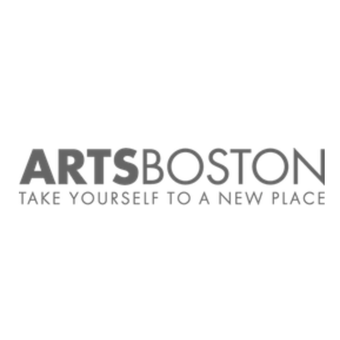 If body language is universal, dance is intended for all. Boston is a “majority minority” city, full of people from all over world. So why don’t the dance halls and stages in Boston fully represent our city’s cultural diversity?

Join the Network for Arts Administrators of Color at the Boston Center for the Arts for a panel discussion with leaders of color in the dance community. Artists and administrators Melissa Alexis, Ashton Lites, Ana Masacote, and Jenny Oliver will discuss the challenges of creating work and opportunities in a predominantly white field.

Ashton Lites
Owner/Founder, StiggityStackz Worldwide
Ashton “Stiggity Stackz” Lites has been regarded as one of Boston’s most renowned veteran urban dance specialist. With over 10 years of journeying through many different urban and classical dance styles including Krump, Popping, Locking, House, Hip Hop, Ballet, Tap, Jazz, Modern, Afro-Haitian, and beyond, Stackz has been able to pick apart movement and piece it back together in order to articulate his very own fusion of the applications of dance. His experience of compiling knowledge from urban dance legends and innovators from Boston and worldwide has allowed Lites to have major success in the professional dance world as well as in the underground competition circuit. Beyond dancing and instructing, Ashton has established himself as a creative inspiration specialist/life coach through his journey of activism/public speaking in the city of Boston. Lites is currently operating a startup corporation that centers itself around life building through urban art. This company has many moving parts but mainly involves using urban art as a tool to help people build and strive in aspects of life such as and not limited to finances, health, spirituality, purpose, and creativity. He believes that if artist can strive in these aspects in their own life they can be of better service to their community.

Ana Masacote
Co-Director, Masacote Dance Company
Ana Masacote is an award-winning Latin dance specialist, educator, and womanpreneur who passionately believes that through dance, we can facilitate social change within communities. She is a co-founder and partner of Masacote Entertainment and has spread the salsa bug to more than 30 countries across five continents. Ana is also the producer and executive director of Yo Soy LOLA, a movement to reclaim the Latina narrative through artistic platforms and a scholarship initiative for Latinx MA artists, and the founder of Dance to Power, LLC, an online Afro-Latin dance academy dedicated to educating and uplifting womxn and allies around the world through Afro-Latin dance. Ana was a recipient of the 2015 New England Salsa Music Award for lifetime achievement in dance, an alumna of the 2015 Goldman Sachs 10KSB National Program, a recipient of the SBA’s MA Minority-Owned Business of the Year Award, and holds a bachelor’s in Management Science from MIT in Cambridge. She began her formal dance training with folkloric dance at age 5 and Salsa at age 15, and she has been a judge and guest of honor at salsa competitions and festivals worldwide.

Jenny Oliver
Founder, Modern Connections Collective
Jenny Oliver has spent the past decade navigating a dance career in performance, teaching and research. Her experiences with Dance have shaped her into a compassionate artist who is always investigating and looking for more, more to learn and more to give back. A Magna Cum Laude graduate with a BA degree in Dance from Dean College and having received the Excellence in Achievement Award from the School at Jacob’s Pillow, Jenny has used her years of extensive training in Ballet, Modern (specifically Horton), Jazz, Tap (specifically Hoofin’) and Haitian Folkoric Dance, to create interesting choreographies and develop integrated teaching practices. She has trained at the Garth Fagan Summer Movement Institute and completed the Horton Pedagogy Program at the Alvin Ailey School in NY. She is currently on Faculty at Emerson College, Deborah Mason Performing Arts Center and The Dance Complex teaching Modern Dance. At Tufts University she teaches a course on Haitian Folkloric Dance & Culture and designed a workshop course called African Dance in the Diaspora where students explore the Africanist movement as it has transitioned throughout the Trans Atlantic Slave Route. Jenny has a passion for youth and is a sought after teacher whose expertise and successful focus on student development has brought her into many studios and organizations throughout Massachusetts.