The place is here, the time is now. Welcome to the Here & Now Project.

In March, I put out a call for playwrights from across the nation, asking them to submit their work for consideration as part of the Here & Now Project’s pilot phase. This phase is a summer-long theatrical exploration of where these writers are, and what is happening there now—as seen through their short plays posted weekly on this blog. Two months and one hundred submissions later, after many long days and later nights spent marveling over all the talented, intelligent and passionate work sent in, we selected four winning playwrights.

Every Friday, from today through August, you’ll see a new short play from one of these incredible writers posted here. These plays will explore the stories, struggles, joys and contradictions of Orlando, Toledo, Kailua, and Prescott, giving you an up-to-the-minute theatrically interpreted sense of what is happening right there right now.

These pieces are only meant to be the beginning of a conversation. The rest is up to you, dear readers! We invite you to respond and discuss all the pieces in the comments section.

Below you’ll find a short introductions of each playwright, where they live, and what they'll be exploring this summer. As you continue to read, think about the following and comment if the spirit so moves you: 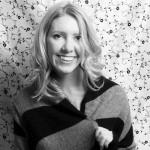 Tiffany Antone Prescott, Arizona
Tiffany’s plays have been read and/or performed in Los Angeles, New York, D.C., and Minneapolis. Cricket Woman Mother Earth (or) A Nasty Comeuppance was a 2011 O’Neill finalist. Ana and the Closet and Twigs and Bone were both Jerome Finalists and O'Neill semi-finalists for 2009 & 2010. In the Company of Jane Doe opens in NY this spring with CAKE Productions. The Good Book is available through Samuel French. Tiffany holds her MFA in Playwriting from UCLA, lives/teaches in Arizona, and blogs for the Los Angeles Female Playwrights Initiative. She is the co-founder of The@trics Theatre, and runs Little Black Dress INK.

Tiffany on Prescott
"I was born in Prescott, Arizona and moved to LA at the age of nineteen, then returned after an eleven year walk‐about to find my hometown in the grip of political panic and artistic revolution. While the state initiated controversial legislation (SB 1070), numerous Prescott arts groups were battling for diminishing grants, valuable architectural projects were abandoned as “unnecessarily indulgent,” and my hometown made national news due to controversy over a mural project centering on a child of color. One year later, Prescott made the news again for publicly destroying a bench due to its non-Christian religious symbols.And yet, even as artists/thinkers and politicians continue to clash, I can’t help but love this contradictory community of people who (at the end of the day) just want to pay their mortgages, take care of their families, and go to church on Sunday. Prescott is a vibrant, bubbling, and all-too-human microcosm of Arizona’s issues (which are so much more complex than the prevailing sound bites and cliché’s). I can’t imagine a better setting than Prescott to dramatize these rich contradictions for HowlRound readers. 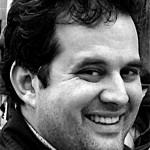 Eric Pfeffinger Toledo, Ohio
Eric Pfeffinger's plays have been produced by Actors Theatre of Louisville, the Geva Theatre Center, the Source Theatre, the Phoenix Theatre, Childsplay, and 16th Street Theatre, and published by Dramatic Publishing and Dramatics magazine. He's been commissioned by the Signature Theatre, the InterAct, Imagination Stage and the Bloomington Playwrights Project and has developed work through readings and workshops at PlayPenn, Page 73, Red Bull, Chicago Dramatists, and the Rattlestick. He's been a finalist for the Clubbed Thumb Biennial Commission and the Page 73 Fellowship.  Eric is co-author of the novel The High-Impact Infidelity Diet, published by Crown. He's a member of the Dramatists Guild.

Eric on Toledo
"Tucked unassumingly into Ohio’s rusty northwestern corner, Toledo has much in common with great swaths of America but not a lot in common with life as it’s typically represented in American theatre these days. Resolutely working-class with deep-seated union affinities and a reflexive social conservatism, Toledo shares its industrial economic and employment struggles with Detroit and Flint, both just a stone’s throw up the road from here. The population’s robust pockets of Catholics and Muslims form an unlikely and religiously conservative coalition; the area’s economic and educational struggles produce a steady stream of extremely young mothers and undertrained service workers. And the area’s clusters of working-class whites and African-Americans share a sense of economic disenfranchisement but very little else. It’s a community that doesn’t feel much of a need for theatre, and the American theatre certainly doesn’t seem to express much of a use for it." 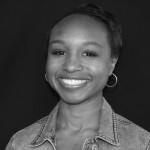 Kay Poiro  Kailua, Hawaii
Kay Poiro is a screenwriter and internationally produced playwright. Her stage plays have been performed across the United States and around the globe, including London and Australia. Her feature script Ridgeway Mystery Club is an official selection of the 2012 Beverly Hills Film Festival. She is a 2011 Page Screenwriting Award finalist and her play Bless Their Hearts won the Audience Ovation Award at the 2010 Fire Rose Productions’ Ten Minute Play Festival in Los Angeles. Kay is a member of the Dramatists Guild of America.

Kay on Kailua
"I moved to the island of Oahu in Hawaii a little over a year ago. Oahu is by far the most populated island and home to the capital city of Honolulu. When most of us think of Hawaii, we imagine eight islands full of folksy natives strumming ukuleles, beach blond surfer dudes hanging ten and maybe Dog the Bounty Hunter. In fact, Hawaii has a rich history all its own, stretching from prehistory to its days as a sovereign kingdom. Hawaii became a state in 1959 and just like any other densely populated state, Hawaii has problems with drugs, crime and corruption. As a newly transplanted resident, I've witnessed locals struggling to balance the spirit of "aloha" with their healthy distrust of mainlanders, families struggling to make ends with the high cost of living and politicians trying to convince residents that building a rail system across the island is a good idea. Hopefully this summer my short plays shed a little light on Hawaii." 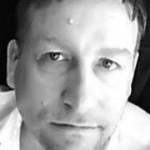 Orlando is much more than make-believe and vacation fun. It is a place where real life and fantasy butt heads with a resounding boom!

Rob on Orlando
"Orlando is a cotton-candy community. Right? Well, on one hand, this is true. Tourists abound here. Mickey Mouse is King Cheese. Shamu reigns over captive sea life. And Harry Potter plays Quidditch daily. But, what makes this place where I live much more is the juxtaposition of those dream- like worlds with the stark reality of human greed, violence, desperation and ambition. Here, the gunning down of a young man name Trayvon Martin can polarize a nation. Here, the homeless are sequestered in order to maintain the ideal of “the city beautiful.” Here, an experienced animal trainer becomes a play toy for a whale with the apt moniker of “killer.” When the heat of summer is turned up to boil, HowlRound readers will come to know that Orlando is much more than make-believe and vacation fun. It is a place where real life and fantasy butt heads with a resounding boom!"