If We Could Turn Back Time 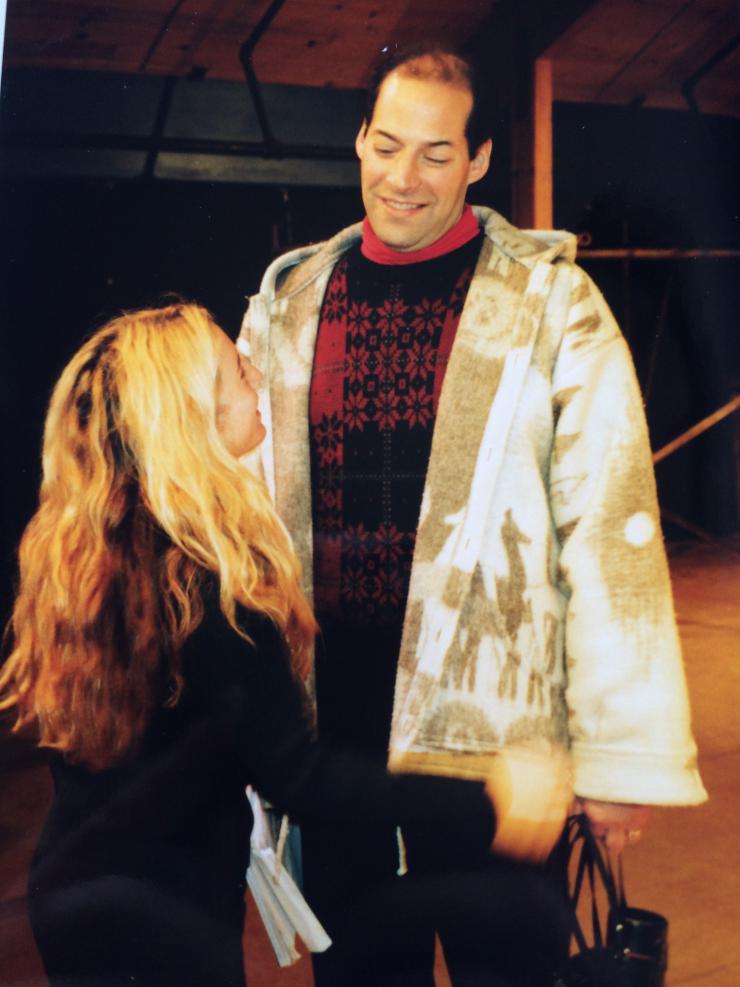 Through the magic of theater or time travel, Hannah Bos and Paul Thureen zip back to have a sit-down with their younger selves.

Hannah: Paul and I studied at The National Theater Institute (NTI) at the Eugene O’Neill Theater Center, Fall Semester 2006.

Hannah: Fine. Fall 1998. I was twelve. NTI is a semester long, super intensive, study away program. Classes are seven days a week, 9 a.m. to 10 p.m. . . . usually with a 7:30 warm-up as well. We studied acting, directing, playwriting, design, many forms of movement, voice, Chekhov, mask, and more I’m sure.

Paul: As a way to share our experiences at NTI and talk about how they truly helped shape our lives in and out of the theater, we’re sitting down at the O’Neill to interview ourselves from back then. Most interestingly, I think, we—

College Hannah: Just a sec. Can I just say, you’re not as bald as I thought you would have been by now.

Paul: . . .Thanks. So you’re almost finished with your semester here. How are you feeling?

College Paul: Good. Tired. I feel kind of like a machine. Not in a bad way, we just—

College Hannah: We do so much all the time, we’ve lost perspective on good or bad or what you can or can’t do. You just do it. And I gotta say, I’m loving it. Sorry. Really quick . . . you guys still hang out? 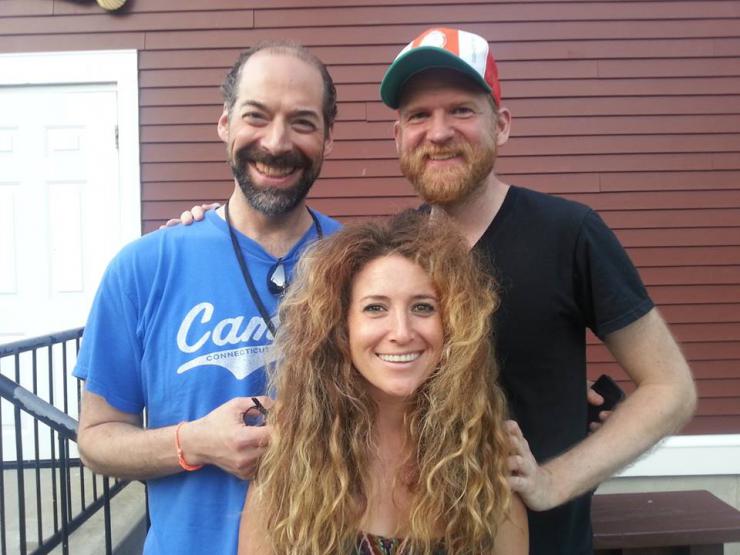 Paul: I don’t want to give too much away, but in six years you are going to meet a director named Oliver Butler and the three of you are going to start a theater company called The Debate Society.

Hannah: You came up with it. 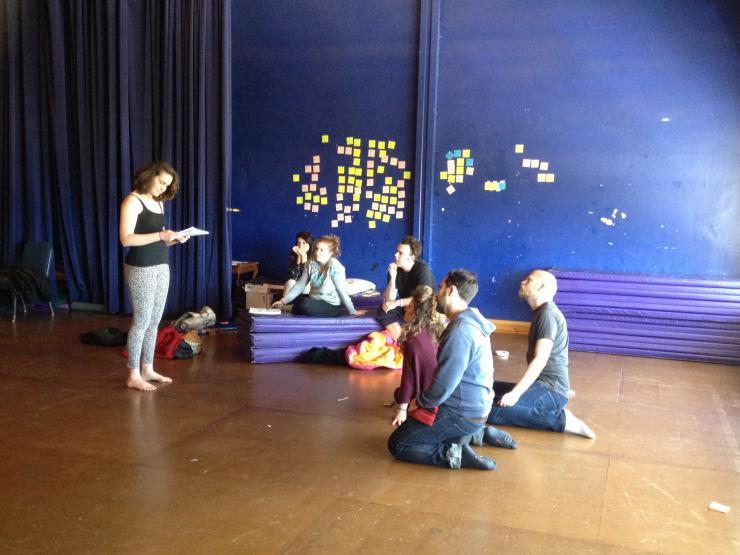 Hannah: Thanks! Back to you guys. What are some of the craziest things that have happened here?

Paul and College Paul: I had food poisoning.

Hannah: I remember some meatloaf that was super dense. And we played football with the meatloaf. . .  the food is much better now. 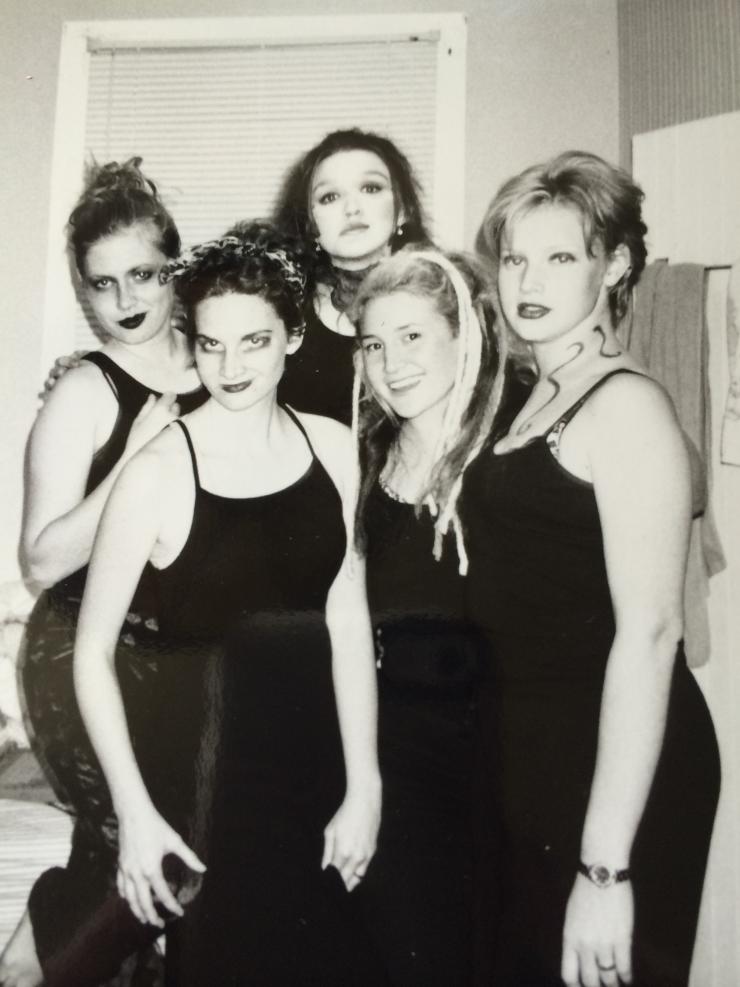 College Hannah: You guys come back here to the O’Neill?

Paul: Yeah, we teach at NTI.

Hannah: Yeah, it's trippy to be here, because every little nook on the grounds reminds us of performances we—you did back in the day and also the special performances students, we've worked with over the past couple years, have done. Ghosts all over the place. 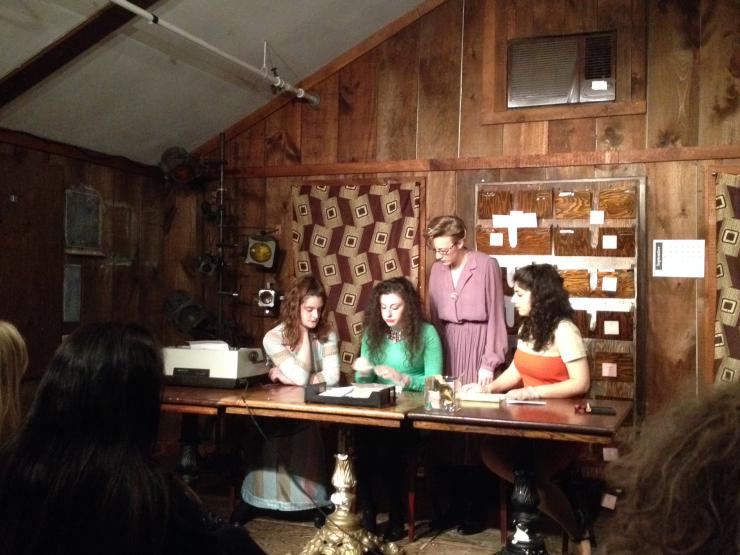 College Hannah: I’m sorry. We can’t be late. On time is actually late here. Early is on time.

College Hannah and College Paul edge towards the door.

Hannah: Be nice to everyone.

Paul: Keep up the playwriting you started doing here.

Paul: Find people who inspire you and make yourself useful to them.

Paul: That’s it. If you forget any of that, you’ll be able to read it on the blog in a couple weeks.

Hannah: Don’t worry about it.

Paul: Oh! We have internships if either of you—

Hannah: That makes no sense.

Hannah: Her hair is really blonde.

Paul: Should we just . . . talk to each other? About our experiences at NTI and how great it’s been to come back and teach?

Hannah: Yeah. I know that it really clicked for both of us being here. I would say it was a major life changer, and I don’t think we would be playwrights if we hadn’t come to NTI. This was the first place we were allowed to be theater makers without defining our focus. We could try anything and do everything and we did. Writing, design, directing, acting . . . and the deadlines and how much we pushed ourselves made us do impossible things daily. 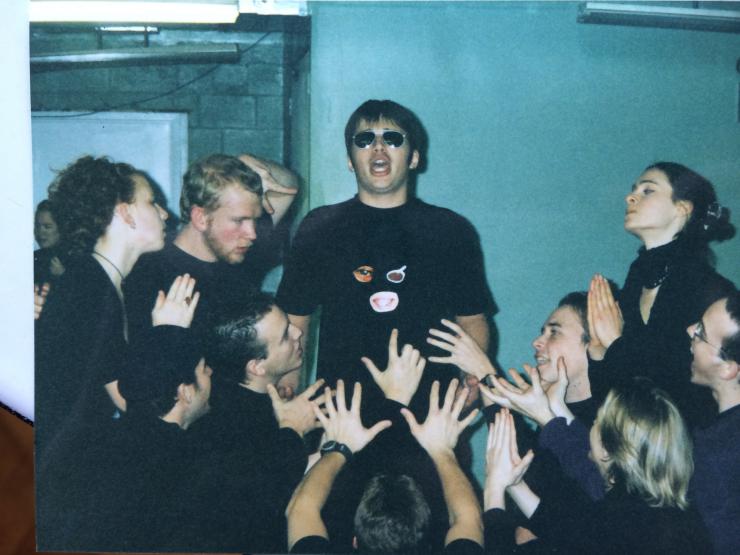 Paul: We had so many passionate, skillful, giving teachers, including Rachel Jett who was our Russian Movement teacher and now is NTI’s artistic director. Aside from the incredible training, it’s where we started to piece together our values. Flipping that switch, as we were told, to work hard. Make something great now. Also, NTI brought us both to Moscow for the first time, which was the other major life changer. Our teachers at NTI and in Moscow were the first people who had ever discussed with me the whys of what we do.

Hannah: I really appreciated the fierce commitment to creativity. And ensemble. Investing in your partner and making them look good. That’s the basis of what we do and how we navigate through our world.

Paul: I remember somebody asking David Jaffe (who was in the very first semester in his tenure as Director of NTI) in Chekhov class why her character did something . . . and David looked off into space, thought for a long time, then answered, “Because people are fucking weird.”

Paul: And now we have been coming back for the last few years along with Oliver as The Debate Society and teaching playmaking to students.

Hannah: Yep. We show up and basically take them through a high stakes abridged version of how we make plays and share the creative values that we began to shape here and have developed over our careers. It happens really fast and the work the students do is inspiring. They truly make great theater here seemingly out of thin air and it’s refreshing to come back and see it happen over and over again. It’s also a restart for us to get back to basics and just do the work.

Hannah: Cool. Let’s go walk down to the ocean.