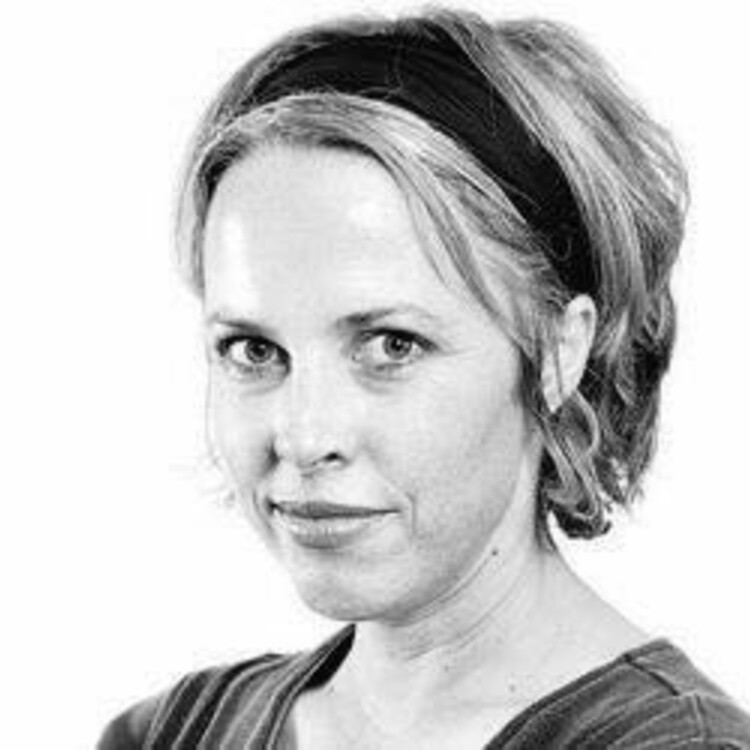 Lara Bye is an independent South African theatre director, producer, and educator who works produces work in English and Afrikaans, from Shakespeare to Opera, in both in theatres and outdoor spaces. As a director/dramaturg committed to developing new South African texts, Lara works closely with writers on the production of new South African plays as well as producing international scripts that resonate with South African narratives.

Youth development and training is also a big passion, and Lara has been involved in many projects through UCT, AFDA, the City of Cape Town, and other forums, working on projects with young theatre makers.

Lara grew up in the Valley of a Thousand Hills in Kwa Zulu Natal and is now settled in Cape Town with her husband, actor Gaetan Schmid and their young son Matteo.

Antonio Lyons: Describe yourself in 3 words.

Antonio: What projects are you currently working on?

Lara: I am focusing on teaching in the second half of the year. I have been working at AFDA—a film and theatre school in Cape Town—since the beginning of the year. Earlier this year I directed The Exonerated with the students. The production, a series of monologues based on interviews with people wrongly convicted of murder and sentenced to death row, was very powerful and beautiful and I am hoping to take it further. Our next project is the iconic South African play Woza Albert. It is going to be a great challenge as the original was performed by two black male actors, and the multi-cultural student cast of ten performers is made up of men and women. We are exploring with the students a very particular, very physical style of South African performance and storytelling as well as researching with them, the “born free” generation, a story of the not-so-distant past of which they as young South Africans have no direct experience.

Antonio: What are some of the most annoying assumptions that people make about you as an artist?

Lara: Through painful experience I now try not to spend energy on what other people might or might not think of me. It is very distracting and undermines confidence and focus. It is hard enough and challenging enough to get a project going and to have a future life. I find it more useful to just get on with the work and try and work with collaborators who are constructive, focused, passionate and have the ability to find the playfulness in what we do. I am inspired by Le Coq when he says/ "Not for us the tortured self- questioning about the best way to walk on stage: it is enough that it is done with pleasure."

Antonio: Could you tell us a bit about the Cape Town theatre scene?

Lara: To make a living in South Africa as a theatre artist requires great stamina and versatility. We are fortunate in Cape Town to have a relatively vibrant film and commercial industry. From November through to May, the “commercial season,” actors in particular can make money through these mediums. It is very hard to make a living though theatre production alone. There are very few permanent jobs available in the theatre. We do work in the corporate sector—teach and run workshops.

Access to rehearsal space is limited and often financially constricting, so we create work in people’s homes and church and school halls. Work tends to be portable and technically very inventive as access to long lighting sessions and equipment are not always available and budgets are very tight. Smaller independent theatres are a great resource—spaces like the Alexander Bar under manager Jon Keevy in the centre of Cape Town. A forty-five seater theatre attached to a popular bar/restaurant, the Alexander Bar presents shows at seven and nine nightly throughout the year. The Makukhanye Artroom is a new space that has opened in Khayelitsha and recently hosted the Amazing Women Arts Event (AWAE15). Involved in this project is a young theatremaker, Mandisi Disi Sindo, who runs Theatre4Change—Theraputic theatre—and who is very active in raising the profile of Black Women theatre practitioners. The Theatre Arts Admin Collective provides rehearsal and performance space as well as offering yearly bursaries to young theatre directors.

Mainstream theatres like the Baxter with CEO Lara Foot and Artscape under the Creative Direction of Mandla Mbothwe are also dynamic in staging new texts and celebrating community theatre projects as well as hosting work by up and coming theatre makers and work from other parts of the country.

Antonio: How do you think that your gender and race has impacted your journey in South African theatre?

Lara: Growing up as a middle-class, white South African I had access to a very solid, if unimaginative, school education. My mother would take us out of school to go to concerts at the City Hall, to art exhibitions, to Jazz in Mitchell Park, to the Durban Film Festival, or to the theatre. In Durban growing up we would watch the work of the very exciting and mutli-cultural Loft Theatre Company. I took for granted that we had a car to get us to the theatre, which was a good forty-five minutes away, and that we could afford to access a wide variety of cultural spaces and events that when I was growing up were certainly not easily accessible to all.

My gender has definitely influenced my choices and journey as a director. I am drawn to and seek out plays that have strong, complex, interesting parts for women. Extraordinary actresses who have enriched my journey include Fansiwa Yisa, Mwenya Kabwe, Sandra Prinsloo, Susan Danford, Jennifer Steyn, Chi Mhende, Quanita Adams, Robyn Scott, Nthombi Makhutshi, and many others.

Antonio: What would you say are the biggest triumphs and challenges of the South African theatre industry?

Lara: There are so many of both! One triumph is the explosion of a large diversity of South African work being invited to tour internationally. A challenge remains access: to funding, to rehearsal spaces, to venues, to audiences, education, training.

I think it is precisely because of our challenges—not only in the profession but in our everyday living—that South African theatre in practice is so alive, visceral, and urgent. At a Yellowman post-show discussion, someone expressed concern that the audience laughed at what seemed to be inappropriate places. A woman in the audience responded “We are South Africans—we laugh a lot because we recognize things as true and hell, we survived the day, we can laugh cause we got through today!” It is that tragic/celebratory dynamic that we see in much theatre work.

Artists are part of a society and for all us, any day can swing between triumph and despair. Stand-up comedy and big scale musicals are massively popular. I can understand that appeal to escape, be transported, be entertained and dazzled. I generally don't choose “comfortable” subject matter—instead I am drawn to stories that dissect intimate human relationships and that cast the spotlight on individuals trying to make sense of a very chaotic world. I like work that offers glimpses into private lives, placing the audience in an almost voyeuristic role; bearing witness to the beauty and tragedy of ordinary lives and aspirations. I see my work as theatre poems, or meditations. The choice of work examines how we affect other as human beings; what happens when we brush our psyches’ against each other.

I think it is precisely because of our challenges—not only in the profession but in our everyday living—that South African theatre in practice is so alive, visceral, and urgent.

Antonio: Can you talk a bit about your role in helping shape young theatre practitioners, and the role of established theatre institutions?

Lara: Half of the projects I get involved with are with students. It is a two-way street, as I learn as much from the exchange and am greatly energised and inspired by the work. My focus is on theatremaking, ensemble play, and the physical preparation of the performer.

My work with AFDA has been more focused on technique and approach to text as well as body work. At UCT, I took over from theatremaker Jennie Rezneck, teaching a very valuable and exciting project called Comic Book, an intensive group project creating short very physical and ensemble plays based on movie genres. The precursor to Comic Book is Mime Story Teller, an exquisite project focusing on a two minute image-driven piece inspired by a tragic event. It encourages students to search for stories that move them and then create an impressionistic, concentrated moment that captures this tragic event.

I search for depth and engagement; for professionalism and arriving on time and prepared for rehearsals. I have the same expectations of the students as I do of a professional actor, as I believe in that the rehearsal space is a space of ritual and needs to be a safe and respected space for exploration and risk-taking—a real mixture of the holy and the rough and I love that.