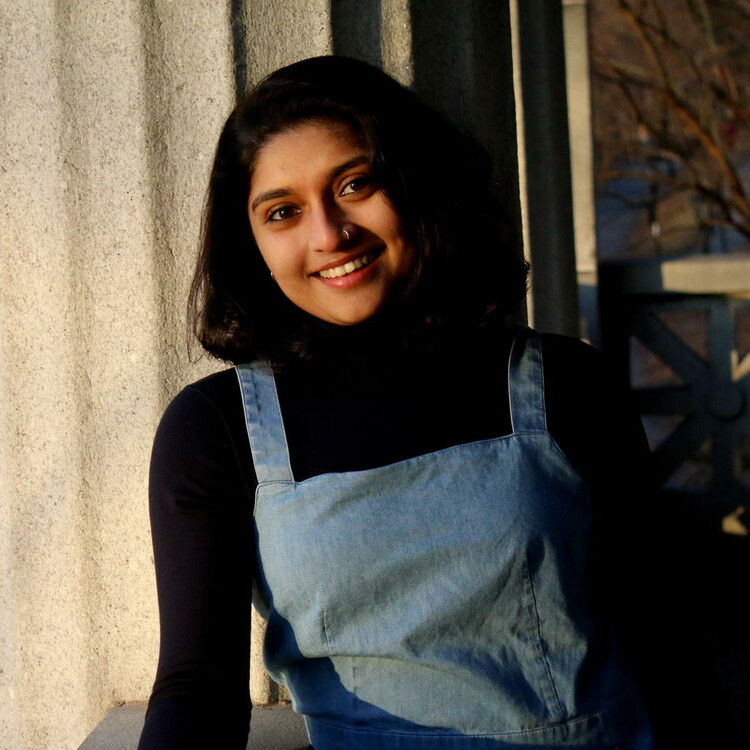 The Marriage of Music and Story

Colonialism has left lasting effects on the education and cultural sectors in Kenya. The study of local languages and the arts are still given less importance than the humanities, sciences, and English. In Ngũgĩ wa Thiong’o’s book Decolonizing the Mind, Thiong’o argues that by institutionalizing the English language, colonizers shifted individuals’ way of thinking; changed ritualized theatre practice and oral literature and, instead, dictated one “right” way of making art; and forced a Western perspective with which to comprehend the world. Since independence, the arts and cultural sector has seen tremendous growth. Despite this, some questions continue to loom: How do we, the Kenyan artist community, choose to understand our place in this contemporary, independent nation? And how do we use our art to express the realities of our contemporary experience in Kenya?

A large part of embracing a new, post-colonial identity, particularly in Kenya, includes unlearning what is taught in the rote school systems, providing artists with the necessary tools and space to create their own work, and empowering them to develop stories relevant to their personal experiences and background. At present, there are multiple cultural initiatives in Nairobi, the capital city of Kenya, that seek to address the need for platforms that tell authentic Kenyan stories, such as the Too Early for Birds Collective, StoryMoja Publishers, and the Nairobi Musical Theatre Initiative (NBO MTI), where I serve as the associate producing director. These groups adopt different forms and storytelling structures that include pop culture, non-linear storytelling, and musical theatre to present a new narrative that speaks to the contemporary Kenyan experience.

In talking to leading Kenyan artists who have been part of some of these programs, and when analyzing the newly developed African dramaturgy, particularly with regards to musical theatre, it is evident that there is both a large need for a space where artists feel empowered to tell stories relevant to their own personal experience and for the work that is produced to be recognized on an international level. 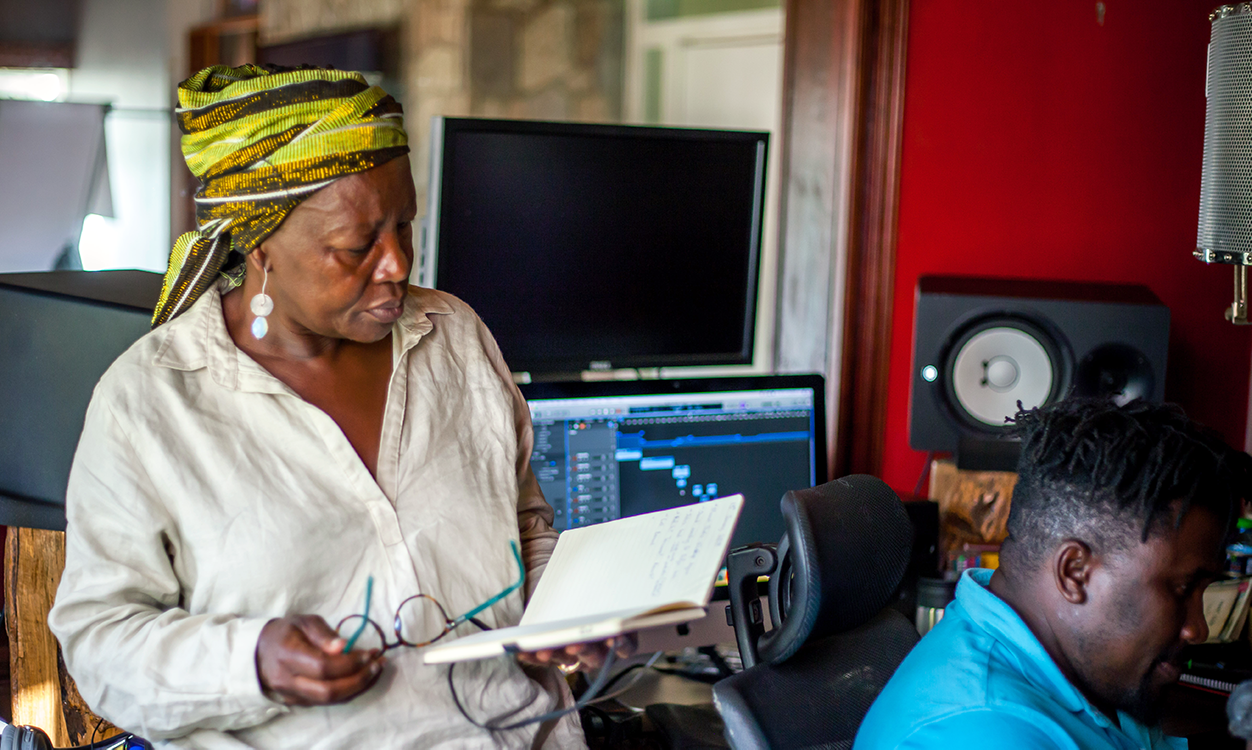 Owning the Kenyan Experience, One Story at a Time

Part of the colonial problem with having one “right” way of making theatre meant there was often one “right” story to tell, which rarely spoke to the authenticity of what it meant to be Kenyan. As such, there is a mundane perception of “African” identity in the world. To date, the continent remains attached to false and negative narratives about the spread of AIDS, poor sanitation, and poverty, whereas in truth there are a wide range of positive initiatives, artistic pursuits, and entrepreneurial advancements coming out of the continent.

“You won’t hear people asking what American theatre is in the same way you hear people asking what African film or theatre is,” says Kenyan artist Mugambi Nthiga, writer of the musical The Gospel of Apostle Dennis. “If it is made by an African artist in Africa, that’s an African story. The reason I’m saying this is because you cannot put us—Africans—in a hole.” And any story is valid, which is something Aleya Kassam, one of the NBO MTI participants, also believes. Kassam writes about the experience of being a woman of Indian descent who is Kenyan and African. “It has made me visible,” she says, “and it has made the experiences of people like me visible.”

Once Africans begin to see they are not required to stick to a specific narrative that has been imposed on them, the entire world can follow suit and slowly begin to change their perceptions of the region. As Kassam notes, “In African storytelling, nobody owns the story, which is a very different way of thinking.” Placing African stories at the forefront of the global theatre canon becomes a shared pursuit, and the need to change global perceptions becomes a collective responsibility.

Once Africans begin to see they are not required to stick to a specific narrative that has been imposed on them, the entire world can follow suit and slowly begin to change their perceptions of the region.

Musical theatre is one avenue Kenyans are turning to as they develop new work. The Nairobi Musical Theatre Initiative, founded by Kenyan musician Eric Wainaina, Kenyan producer Sheba Hirst, and American director and educator Roberta Levitow, works to develop and support the production of new musical theatre written, composed, and performed by African artists in Africa and worldwide.

While the musical theatre form is famously attributed to the American theatre, the interweaving of music and text is not uncommon in many traditions around the world. Through a series of guided workshops supported by mentors, NBO MTI has helped rekindle in Kenyans an affinity towards a familiar storytelling structure in East Africa, which involves threading music and dance into story. As Kassam says, “That’s what I love about musical theatre: that the collaborative process and shared weight between the music and words is akin to African storytelling.” Artist Sitawa Namwalie, who often works from traditional Luhya storytelling traditions where there are incredible traditional musicals to begin with, has had a similar revelation about musical theatre as a structure to tell contemporary stories. In reflecting about her process, Sitawa said, “[Four years ago] I remember not being able to get this “musical” thing at all. Over the years I got it, but along with that I learnt that so much of the work I already do is musical.” 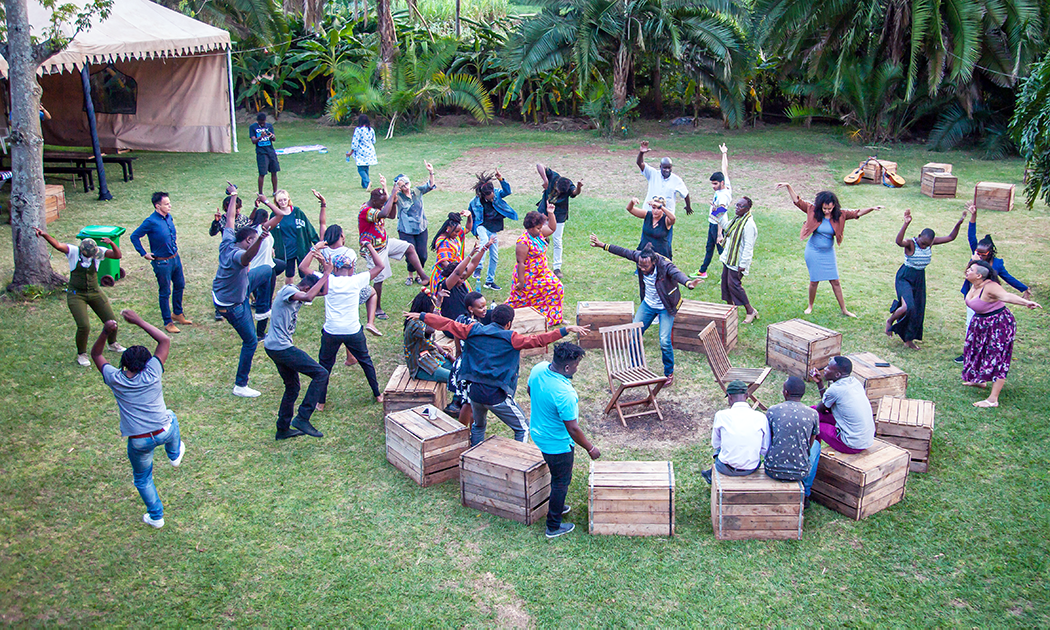 When it comes to creating new works of musical theatre, there is incredible value in learning from other cultures and disciplines, particularly when artists engage with one another on the same level. Within the African context, however, inviting international artists from the West is often feared because of the use of the suspected top-down hierarchical teaching model. This has to do with a longstanding colonial legacy where artists from abroad, who are invited in as experts, enforce a specific creative structure that is irrelevant and unresponsive to the local culture and theatremaking forms.

Historically in Kenya there have been various national platforms for young people to engage in creative work, but most of these programs are a result of a colonial legacy that imprinted a specific structure of performance, which did not match with traditional storytelling in the region. The competitive nature of this programming set young people up to memorize and perform Western pieces “correctly” within a proscenium setup. It did not allow room for creative exploration and development of artistic voice.

With the rise of international collaborations between the West and the Global South, leading artists, like Mike van Graan from South Africa, have developed guidance manuals for international collaborations in the arts to protect vulnerable populations and preserve the value of lesser known performance traditions and practices around the world. When executed appropriately, the value of cross-cultural exchange lies in sharing of ideas that are mutually resonant.

While the colonial systems leaned heavily on providing rules for making good art, international mentorship that equips artists with tools is not only empowering but allows artists to take risks.

In Kenya, an outside perspective that provides skill-based training is incredibly important, as the performing arts is not a widely formalized field of training. While the colonial systems leaned heavily on providing rules for making good art, international mentorship that equips artists with tools is not only empowering but allows artists to take risks and explore elements of storytelling that are native to their region in unique fashions.

The NBO MTI uses an approach whereby award-winning international artistic mentors are invited from the United States to guide Kenyan artists as they develop their own work. Mentors Fred Carl and Deborah Brevoort, both faculty members of New York University’s Graduate Musical Theatre Writing Program, employ a culturally responsive pedagogical approach when mentoring Kenyan musical theatre writers, which continues to demand artistic excellence of the writers. Instead of holding a chalkboard with a series of prescriptive techniques to write good musical theatre, both mentors ask challenging questions and hold up mirrors in the room to encourage the artists to look within themselves and their own practice for the answers on how to tell a specific story.

Kassam states that the NBO MTI mentorship approach was responsive, which allowed her to claim more agency over her work. And Mwendwa Mbugua, a first-time musical writer who was also part of the NBO MTI program, feels similarly: “The insights and lessons shared forced us to refine and think about our work at a much higher level. “The value of these lessons has also reflected in our collaborative approach.” 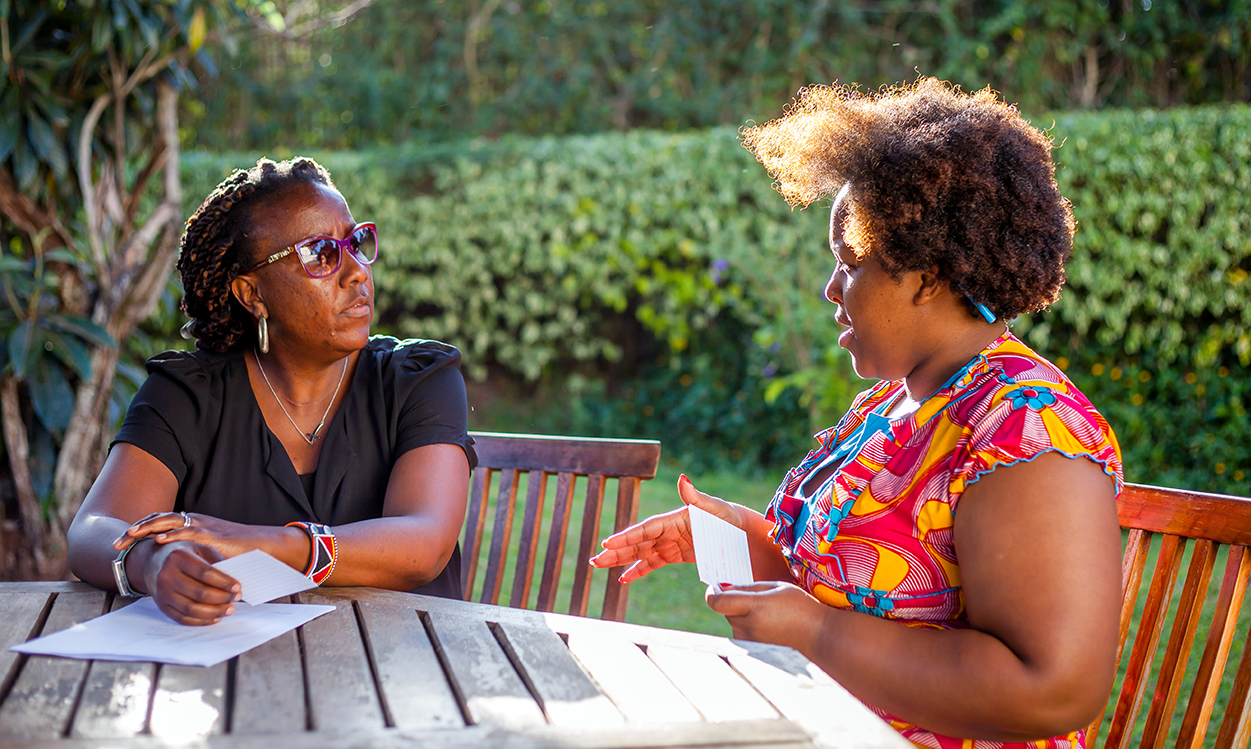 Mwendwa Mbugua and Tina Nduba-Banja working on developing the book of Don't Turn Off the Lights during the January 2019 workshop.

Freedom of Expression through Musical Theatre

Each community and nation state across has Africa struggled to come to terms with a new identity, post colonialism. “I would like for us to be granted the same freedom of expression that other global industries have,” says Nthiga. “What gives me so much joy about East African musical theatre now is it is being allowed to breathe and find its own expression.” Recent new works of musical theatre span a range of topics, from a man who comes to Nairobi and decides to pick up a guitar instead of a gun, to an alien who wants to spread good vibes on Earth and lands in Nairobi, to a love story between a black African and a brown African. “I would rather we had diversity than people trying to fix musicals into a box,” Nthiga says. “I’m hoping that this musical theatre process allows us to unlock a lot of new voices."

A pedagogical approach that holds up a mirror for artists, rather than a rote-based approach that enforces a “correct way” of telling stories, has reintroduced the musical theatre form as a way of expressing the diversity of Kenyan identity and has empowered artists to claim their space and tell their stories on local and global platforms. When working with formerly colonized countries that live with the wounds of stolen identities, it is critical to operate with a non-hierarchical pedagogical structure, matched with a respect for the diversity of stories that exist in one nation, under one roof. The answer to some of these difficult questions in the Kenyan arts industry lies in embracing our history. Instead of erasing our past, we, as Kenyan artists, are learning from it. In doing so, we are contributing innovative work that continues to expand the definition of what it means to be an African artist in the contemporary world.

This article has given me a voice where I was once unable to articulate and back up my "choices" in regard to the structure of my plays. And by structure, I mean stories that came through me and were written as I saw them not in adherence to Eurocentric theatrical rules and regulations. Thanks for sharing a new perspective.

Absolutely, thank you for sharing your insights Nathan!

This is the power of African dramaturgy - it is rooted in a very different understanding of storytelling structures, and different perspectives are always helpful when developing new work!

Excellent article, Karishma! Thank you for giving us this panoramic view into your work. And the guidance manual is a wonderful tool.

Thank you Ryan! I really appreciate your kind words.

I am a big fan of the guidance manual as well - it provides a nuanced understanding into ethical collaborations in the arts.