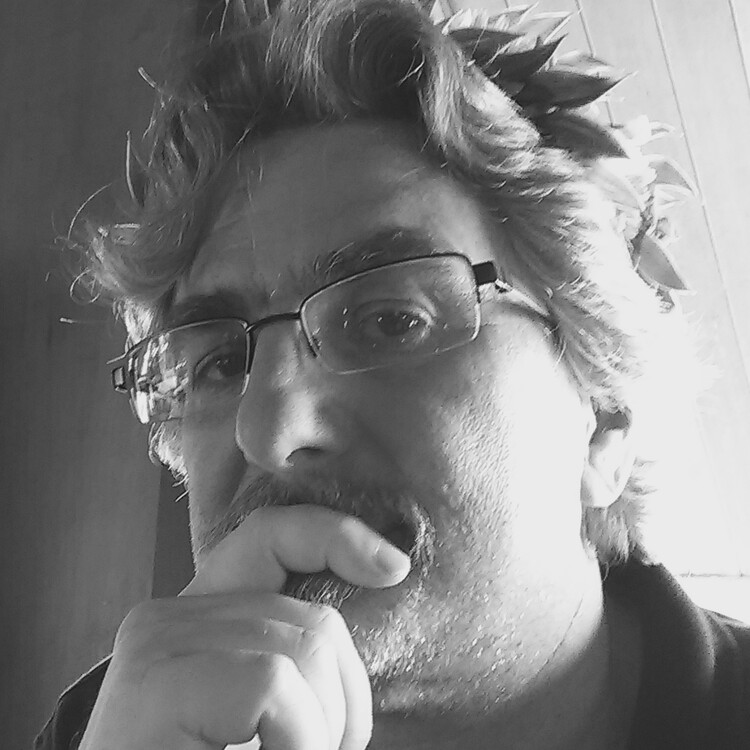 George Orwell writes in his essay “The Freedom of the Press”: “At any given moment there is an orthodoxy, a body of ideas which it is assumed that all right-thinking people will accept without question. It is not exactly forbidden to say this, that or the other, but it is 'not done' to say it.”

Are there ideas in theatre that we should accept without question? How does one determine which choices are potentially offensive? What’s the criteria? Decided by whom?

Kumu Kahua Theatre in Honolulu, a company dedicated to “Plays by and about Hawaii’s people,” presented the play in question: Susan Soon He Stanton’s #iambadatthis. It is set in Hawaii, which is the playwright’s childhood home. The characters communicate exclusively through technology (phone calls, intercoms, radio shows, voice and text messages). A small ensemble performs all but the central character, and the ensemble only voices the characters seated in view of the audience.

I was an ensemble member. We were not cast according to ethnicity or race, although we collectively represented many. Our director distributed characters amongst the ensemble to try and capture the similarity of the characters' places within Emily's life: a group of “supportive” characters, a group of “close friend” characters, and a group of “troubled relationship” characters. In many ways that helped us more deeply explore the play than simply casting along ethnic lines. As we discussed the characters’ social and cultural contexts, the director encouraged us to experiment vocally to clearly delineate our various characters.

The lead actress portrayed the central character, Emily Chang, as a mixed ethnicity third or fourth generation millennial of Hawaii. I voiced her father. I am not ethnically similar to the father and did not affect an accent of any kind. I vocally shaped the character based on personality traits suggested by the play, as though his family were long-time residents of Hawaii. The mother character, portrayed by another male ensemble member, was voiced more as a first or second generation immigrant. He, although of mixed ethnicity, is not that of the mother character.

When the playwright joined rehearsals, she nixed a couple of accents, not because of any perceived cultural slight, but because the accents got in the way of character. One actor affected a European accent for a character not of his ethnicity. It was dropped as being too distracting from the scene’s seriousness. Another accent by a different actor was let go because it seemed too much of a stereotype, even though the actor was somewhat ethnically similar. An accent that did remain was one I created for a new-agey suicide hotline volunteer. We decided to give the character a slight South Indian accent, as a comment on how so often phone centers are now located in that country. The sole white person in the cast, I ended up with the strongest non-Western accent.

This begged some questions. Does any actor have greater right to employ an accent not of his/her own race or ethnicity? Does it matter if the choice is more about race (biological) or ethnicity (social/cultural)?

Being in Hawaii certainly influences choices. Mixed race plays and casts reflect Hawaii’s demographic, where ethnicity may differ from race. In the 2010 Census, 23.6 percent of Hawaii residents claimed multi-ethnic backgrounds (two or more races). Hawaii is the only US state that has never had a white majority. 38.6 percent of Hawaii’s the population is Asian, 24.7 percent is White, 10 percent is Native Hawaiian or other Pacific Islander, 8.9 percent is Hispanic, 1.6 percent is Black or African American, 0.3 percent is American Indian and Alaska Native.

Are there ideas in theatre that we should accept without question? How does one determine which choices are potentially offensive?

Other choices also prompted discussion. Lost at night in a seedier part of town, Emily says she sees some “sketchy looking dudes” (playwright’s words). The director asked that the sentence substitute Micronesian’ for ‘sketchy,’ as that cultural group is truly often maligned in Hawaii. It was eventually dropped, not because the reference suggested that that particular group is “bad,” but because the reference was out of character for Emily.

In another scene, Emily called her mother but got her voice mail. The actor voiced the recorded message in English and then in a gibberish version of Chinese, the language that the play suggests the mother speaks. It was meant to make the audience feel like the daughter, who does not understand her mother’s first language.

The switch from “sketchy” to “Micronesian” truly bothered some in the cast and creative team, but the Chinese sounding gibberish was never in question. It nightly garnered laughs from the audience—laughs, we believe, of recognition. Bilingual voice messages are common in Hawaii.

The underlying, yet never truly spoken question was, should an actor’s ethnicity influence their choices? Does the distance between an actor’s and character’s ethnicity increase the potential for offensiveness? Does an actor more ethnically similar to a character have more of a right to be cast and, honestly, to offend?

Who decides? And when and how?

I believe it is theatre’s right to offend. Theatre artists have an obligation not to back away from offensive choices when such choices might instigate conversations about sensitive subjects which otherwise might not happen. It is also the artists’ responsibility to thoroughly consider the ramifications of potentially offensive choices and make sure there is a clear reason for making them. There is no specific criteria that we should “accept without question,” but maybe that’s as it should be. We should be encouraged to explore, give serious consideration to, and ultimately make intentional choices about our work and then savor the conversations that ensue. Isn’t that the point?

It's annoying when right-wingers rant about "political correctness" getting in they way of their racism and insensitivity. And "whitewashing" is a serious issue (for example, Matt Damon plays a Chinese guy in a new film -- WHY!!!???) But there is also too much censorship and self-censorship among writers and performers, much of it well-intentioned, I'm sure. This essay tries to put something often forgotten back into the equation -- what's the work of art actually trying to say?

While it is yet to see if the film perpetuates the idea of the white savior, director Zhang Yimou is quite adamant that the story is not an example of whitewashing.

I wish this article was a bit more specific about why the playwright approved things or opposed things. Since I'm not familiar with the piece, an interview with the playwright or other actors would be interesting additional insight.