Why Boards Don’t Need to Be Bored 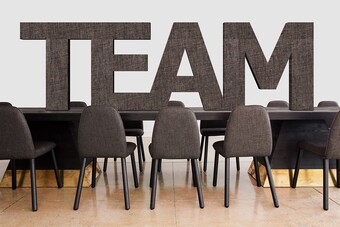 To effectively participate in all three modes of board governance responsibilities, especially the strategic and generative work, many boards have recognized the need to rethink their approach to their work. Two critical elements in this rethinking relate to the changing conception of the role of the board chair, and to the growing range of ways boards are more deeply engaged in both the artistic life and success of their theaters, and in developing new audiences. These two changes appear to drive an additional set of changes I will address in part three of this series—that of changes in organizational structures, infrastructures, and processes, including board/staff relationships, criteria for board membership, and how meetings are run.

From Presiding to Guiding: The Evolving Role of the Board Chair
This role appears to have undergone a palpable shift—from that of running meetings and representing the theater at various external functions to one of proactive partnering with both staff and board members. While several board chairs still see themselves as responsible for “shepherding things through,” and “keeping the trains running,” there is a clear and growing focus on their role in moving their boards from a reactive to a proactive stance, and from a primarily fiduciary role to one of significant strategic and generative work.

Partnering closely with the leaders of their theater is of course a key to their success, as is keeping in close touch with all their board members. This involves not only a range of activities including attendance at various committee meetings, as well as thinking with growing strategic sophistication about what activities would best suit each board member in order to maximize the productive use of their skills and interests, but most importantly it requires a shift in thinking from presiding to proactively guiding; from avoiding conflicts to encouraging diverse perspectives, experiments, reflection, and the creation of a culture of inquiry. In some instances, board chairs are also engaged, often with their Executive Committee, in developing and monitoring the theater leadership’s yearly goals, and board chairs also convene regular Executive Committee meetings. Most chairs said they spent an average of four to ten or more hours a week on board work, with two to three meetings a month.

As part of this shift in roles, several board chairs are actively seeking role models from whom they can learn, arranging to sit in on other theater boards to observe, attending their local Arts Chair Forums, or even taking a weeklong not-for-profit management course at a local university.

Board Behind the Scenes: Board Engaging the Art!
There is a  growing recognition that the more board members are engaged and exposed to the artistic life of the theater, the more effective they are as board members, and the more able they are to participate in strategic and generative conversations. There also seems to be an underlying assumption that the more the board learns about what goes on behind the scenes, about the challenges faced by the artists, the directors, designers, and the too often invisible people responsible for building the sets, lighting, getting the props, etc., the more articulate and energized they will be in reaching out to the community to engage new audiences. They will also begin to identify some of the core challenges facing the theater that require deeper conversations in order to identify ways to meet those challenges.

As a result, most of the boards are engaged in a variety of programs designed to deepen the board members’ links to the artistic issues. Traditionally, every theater has done some sort of board member brunch or other social event a couple of times a year, usually in someone’s home, and it has been fairly typical for board members to go for drinks/dinner after a board meeting. However, almost every theater is now doing something extra to bring the board members and the artistic work of the theater closer together. Everyone agrees these opportunities are one of “the real fun parts” of being on the board and come from an understanding that art is what drives the mission—“we start every meeting with the art and  “we will never sacrifice this part of the agenda.” Activities to put the art and artists first include:

Board and artist interaction is key to deepening a board’s connection to the humanity of a theater’s not-for-profit mission. Artist dinners, behind the scenes breakfasts, driving artists to and from the airport, opening their homes for parties or artist housing, bringing food to rehearsals, or even in one case, finding a dentist for an artist, creates bonds between boards and artists that can last well past a board member’s term. Board members were then known to travel to see their artist or playwright when they performed in a more distant venue.

These artist/art focused board sessions occurred early enough in the season that board members were then able to be much more compelling as they talked up a given play out in the community. These kinds of events and opportunities are also prominently mentioned during the recruitment pitch to prospective board members.

New Audiences Require a New Story
In a profession in which story telling is at the center of its expertise, I was struck by one theater board that recognized it needed to work on creating a more compelling story about itself in order to appeal to new audiences and funders. Story telling is indeed an art, one in which board members need to become more proficient, and the creation of a compelling, shared story requires any number of generative conversations to get to the heart of “why me, why us, and why now?” Part of telling new stories requires more community engagement. Interestingly, almost half of the board chairs spoke about beginning to create a network of ongoing organizational or institutional relationships in their communities. “I encourage all our board members to participate, in some way, in another community organization,” one board chair told me. This was viewed as being a particularly effective means of building the relationships necessary for the development of new audiences.

Story telling is indeed an art, one in which board members need to become more proficient, and the creation of a compelling, shared story requires any number of generative conversations to get to the heart of 'why me, why us, and why now?'

This approach puts some real ”meat on the bones” of the role of board members as “ambassadors”—a label that, in the past, always struck me as being rather vague in terms of actual actions or message. While this new, more explicit definition of ambassador is not always formalized, the selection of other organizations in which board members are encouraged to engage, reflects some strategic thought, although some of the organizations selected were ones in which board members were already involved. In this ambassadorial role, board members not only have an ongoing opportunity to make announcements about the theater’s productions to groups in the community, to pass out specific information on current productions, and to answer questions about the theater, but it affords board members an important opportunity to “listen to the concerns of the community” in a systematic and strategic way.

This kind of attendance at an organization’s meetings not only increased a theater’s visibility and credibility by creating a recognized and familiar presence, it also appears to offer a way of addressing the oft-repeated question of how to follow-up on key relationships formed based on a single production. Identifying a board member willing to become the ambassador to an organization with whom a theater wants to deepen and extend its relationship can help to move us away from the “production by production” outreach that has thus far characterized a great deal of the community engagement efforts. Moving from a “we’re doing a black play, let’s contact the black organizations” to “this organization will be interested in many of our plays” seems to offer a more strategic approach to developing new, diverse and inclusive audiences.

Board involvement in audience development also included street celebrations, a Day of the Dead celebration in a Hispanic community, and any number of events targeted at special constituencies. For example, one board sponsored readings of particular interest and relevance to veterans in which the board members chose the readings and moderated the post-reading conversation. Another theater offered invitation only pre-preview tech dress rehearsals to groups of educators and students. At these events, board members spoke about why they had gotten involved in the theater, and why and how the theater sought to collaborate with new audiences. To attract parents of young children, one theater provided “play dates” for kids while their parents attended a performance. Another board created the “Oyster Club” (meetings were held only in the months with an ‘r’ in them) that, for a fee, provided a curated cultural experience related to the theater’s productions. In other theaters, patrons and donors were invited to first readings, followed by a dinner during which audience, board members and actors had a chance to mingle and talk; and themed, slightly provocative programming (e.g. The Things You’re Not Supposed to Talk About at the Dinner Table—Race, Money, Politics & Sex) was also viewed by a board as a way to reach a new and broader audience.

To support these new views of effective board work, the board chairs identified a range of revisions to the way their theaters were structured, and to the infrastructures and processes that were put in place to support the development of the organizations’ and the boards’ strategic and generative capacities. One board chair noted, “Engagement is a process not a switch. It’s not something you do once and then you’re done.”

A three-part series on not-for-profit boards.

This provides a wonderful perspective and some concrete actions. Great work.