Recommended
Devising Our Future
HowlRound Theatre Commons
Most Discussed
Designing Collaboration: In Search of a Taxonomy of Collaborative Methods
Emily McConnell
Most Watched
The Gathering from the CrossCurrents Festival
Wednesday 4 May to Saturday 7 May 2022
Upcoming
Livestreaming a Conversation: #DeafWoke with John Autry II
Friday 20 May 2022
Essay by
Brad
Erickson
Gender Parity 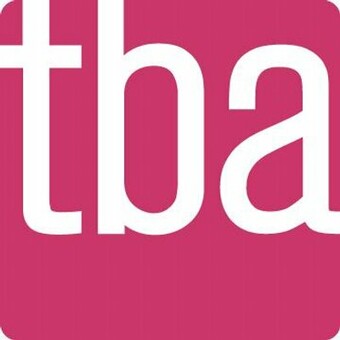 The day after Christmas, I sat in our organization’s closed offices with Cindy Im, Theatre Bay Area’s development manager, to go over some upcoming grant proposals. The rest of the staff was enjoying the week off, and I was eager to finish our work and get home as soon as possible to pack for a trip starting the next day. Once Cindy and I finished our meeting, I returned to my computer to answer a few messages and shut things down for the week—when I noticed one, then two, then a quickly growing series of emails filling my inbox. The letters followed, for the most part, a carefully worded template...and they were not happy.

Theatre Bay Area is the theater and dance artist service organization for the San Francisco Bay Area; we are, in a very real sense, a community organization. As such, questions of diversity are by no means new to us. In fact, in early December we had held a public convening on diversity to explore how far our local theater community has come in terms of getting its boards, its administrative staffs, its artists, and its audiences to look more like the people actually living in the Bay Area. The answer, we discovered, was, “not that far.” Audiences remain predominantly white, older, and affluent. Artists are mainly white. Administrators are mainly white. Boards are mainly white. Women, too, are underrepresented, especially among the ranks of artists. Or, at least, employed artists—a crucial difference. Most roles are written for men. Most plays, perhaps not coincidentally, are written by men. Most working directors are men. White men, I should add. And this, after thirty years of intense conversation and real effort to achieve better balance.

Most roles are written for men. Most plays, perhaps not coincidentally, are written by men. Most working directors are men. White men, I should add. And this, after thirty years of intense conversation and real effort to achieve better balance.

Many in attendance at that December gathering felt relieved and grateful just to have the issues of diversity addressed; many others, however, felt that nothing had changed, and that nothing would change, at least not quickly. One veteran despaired of such conversations as “exercises in group self-flagellation.” Either way, we knew it was not the end of the conversation.

Those letters filling my email inbox on the day after Christmas were proof of that. Each one, using similar language, strongly asserted that our December convening and Theatre Bay Area’s other work around diversity had given the specific issue of gender parity short shrift. The problem of gender imbalance in theater professions, these writers felt, was often overlooked entirely—or when it was brought up, it was too often overwhelmed by considerations of racial and ethnic diversity. Here’s a selection from the email:

In recent months the theater community has witnessed both a local and global groundswell of energy, passion and concern around the specific issue of gender parity, and it is long past time to give it the attention it deserves.

According to Theatre Bay Area’s own 2008 “Baseline Survey,” women make up 57% to 79% of individual members in every category (actors, administrators, choreographers, directors, designers, educators, funders, patrons, playwrights, and technicians).

In addition, women are over 50% of the Actor’s Equity membership and, in some studies, over 70% of ticket buyers nationwide, (60% for TBA’s above mentioned survey). Furthermore, plays by and about women consistently find the most success with the US theater box office. Yet women still are not represented equitably on US stages, nor have any American theater service organizations made the gender parity issue a priority for examination in their publications or conferences.

Given these numbers, a focused discussion on how to include more women in the creative aspects of theater production and performance is not only overdue, it is crucial to defining theater for a new generation, as well as for the audiences we are already blessed to have.

I read a few of these messages, noting their form-letter format, with personalized opening and closing paragraphs and shared body text, laying out the facts and their request. They reminded me of the kind of letter I often generate for advocates to send to elected officials, usually imploring increased appropriations for public funding of the arts. I called Cindy (an Equity actor herself) into my office to take a look. She thought she knew where the letter campaign was originating, and a quick search online uncovered the source: a woman we know well, an Equity actor, and a longtime Theatre Bay Area volunteer and former board member.

I admit that my first reaction was resistance. “Why didn’t she just call me?” I asked Cindy, as the number of letters grew from four to ten to dozens. “We were already planning on covering this at the conference. Now it will look like we’ve been coerced.”  As the holiday week went on, however, and these letters continued to roll in—approaching one hundred by New Year’s Day—I felt growing admiration for what these writers were doing. Our organization’s brand-new strategic plan, after all, calls for us to actively support theater makers coming together to advocate on their own behalf. These writers were doing just that—and here, with the metaphorical ink on our strategic plan not even dry, was a vivid opportunity to support these activists.

We will, as planned, address gender parity at our Annual Conference next week in Berkeley, proud that we are both following our own lights and responding to a deeply felt need in our community. And with enthusiastic support from Polly Carl, we are also hosting a weeklong discussion on the topic here on HowlRound, with voices from around the country. With the help of Theatre Bay Area’s associate editor, Laura Brueckner, I have solicited a range of interviews and writings on gender parity by a select cohort of emerging and veteran female theater makers—an artistic director, a managing director, two playwrights, a freelance director and a “ringleader” of devised work. Among other topics, they will discuss their own experiences with gender bias; their own roles as “gatekeepers” with the power to create opportunities for other theater workers, male or female; and their ideas for building a more equitable tomorrow. It will be an exciting discussion, one that we hope will spark yet more conversation and, more importantly, real action to change a prevailing paradigm and make the face of American theater as fully female as the face of humanity for whom and to whom we aspire to speak.

Diversity, Equity, and Inclusion
Gender
U.S. by State
Most Discussed
Designing Collaboration: In Search of a Taxonomy of Collaborative Methods
Emily McConnell
Most Watched
The Gathering from the CrossCurrents Festival
Wednesday 4 May to Saturday 7 May 2022
Upcoming
Livestreaming a Conversation: #DeafWoke with John Autry II
Friday 20 May 2022

Thanks, Brad. Looking forward to the TBA Conference next week and to following the ongoing conversation.

Thanks, Brad, for both responding to our local San Francisco community's concerns and bringing our conversation to the national forum. I am delighted we have in Theatre Bay Area and Howlround the means by which to make our concerns heard. And I look forward to seeing how our sharing will affect our work.

This is very exciting! So looking forward to this week's conversations and the conference. Thank you Brad, TBA, and Howlround!

Thank you HowlRound for agreeing to work w/Theatre Bay Area to take this conversation national! Looking forward to the articles and discussions that come out of this series....

Thank you for helping continue the conversation, Brad (and everyone else at TBA too)! I'm terribly sad I'll miss being there in person.

Thak you Brad, for this ground-breaking news in that you will be among the first to address this sorely overlooked issue -- one that belongs to all but is representative of the majority in the theatre community, 70% audience and 50% Equity -- wome and disparity.