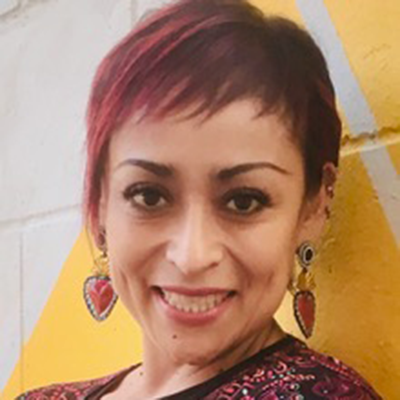 She has a degree in Acting, graduated from the National School of Theatre Arts of Mexico (ENAT); She obtained a Master's Degree in Theatre Studies (MOIET) from the Theatre Institute of Barcelona and the Autonomous University of Barcelona. She is a candidate for a PhD in Theater Studies at the Autonomous University of Barcelona, ​​her thesis is on transdisciplinary work of performing artists in Mexico, whose name is "The Performactor in the Contemporary Mexican Scene, Three Case Studies".

She is the founder of the Barcelona-based Espai Liminal Company, whose main objective is to research and create works with artists from various disciplines, multi and cross-disciplinary, where she is a producer, artistic director, stage creator, and actress-performer.

She studied at the M & M Studio in Mexico "The Lee Strasberg method of the Actors' Studio" He has taken training workshops in Mexico with Roberta Carreri and Elsie Marrie founding actresses of the ODIN THEATRE has taken courses in physical theater and body mime based on the technique by E. Decroux at MOVEO Barcelona. She was selected by the ODIN THEATRE, Nordisk Theatre Laboratory to join the OWF in September 2019, where she took theoretical and practical classes (physical training) on ​​the principles of Odin Teatret's Theatrical Anthropology; taught by Eugenio Barba, Roberta Carreri, Julia Varley, Carolina Pizarro, Donald Kit, Targe Larsen, in Holstebro Denmark.

She currently works as an actress in "Mexicatas" written by Sergi Belbel and directed by Antonio Calvo and Sergi Belbel. Premier Fira Tarrega 2018, with the company Espai Liminal, as producer, actress and puppeteer, in the co-production, Catalunya-México, in the staging (itinerant) "Patufet & el Fandango. Cuentos del Teatriciclo", whose creation and The premiere was held at Nau Ivanow in December 2017.

Likewise with some members of the same company, he conducts practical research on "Performance and theatricality, performance in the performer" for his next project, in which creators will participate from various disciplines. In Mexico, as an actress, she represented ENAT at the ITI- UNESCO 2010 World Meeting of Higher Theatre Schools and where she acted in more than twenty stagings with prominent directors on the Mexican scene. In cinema she has worked as an actress under the direction of Jaime Humberto Hermosillo, Antonio Castro, Carles Velat, Roger Cornella and Alexis Vaquero. 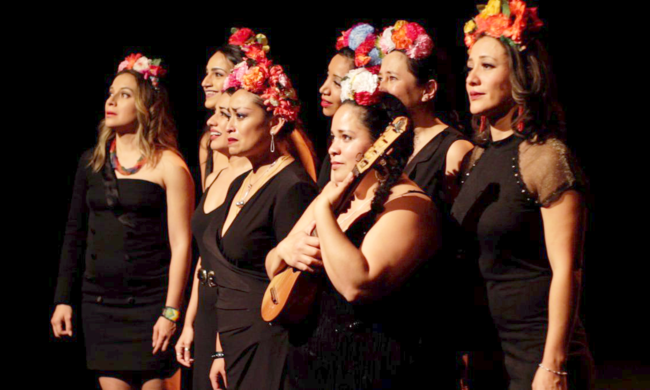 From México to Cataluña
Essay