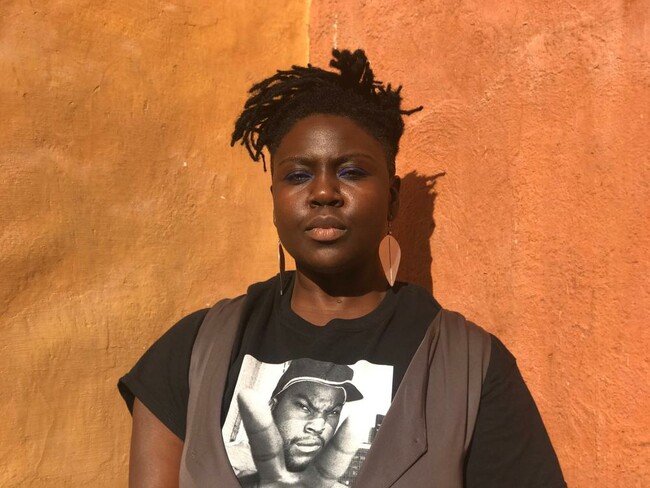 Autumn Knight is an interdisciplinary artist working with performance, installation, video, and text.

Autumn Knight is an interdisciplinary artist working with performance, installation, video, and text. Drawing from her training in theatre and the psychology of group dynamics, Knight makes performances that reshape our perceptions of authority figures, power dynamics, and audience expectations of live experiences.

Her first solo museum exhibition was at Krannert Art Museum, Illinois, in 2017, titled Autumn Knight: In Rehearsal. Her work has been presented at various institutions including The Institute for Contemporary Art (VCU), Richmond, Virginia; Human Resources, Los Angeles; and Akademie der Kunste, Berlin, Portland Institute for Contemporary Art; Project Row Houses, Houston; Kelly-Strayhorn Theatre, Pittsburgh; and the Crystal Bridges Museum in Bentonville, Arkansas. Her performance and video work are held in the permanent collection of the Studio Museum in Harlem. Knight participated in the 2019 Whitney Biennial as a performance and video artist.

Knight attended Skowhegan School of Painting and Sculpture (2016), and completed an MA in Drama Therapy from New York University (2010) and a BA in Theatre Arts and Speech Communications at Dillard University in New Orleans (2003). She recently completed a performance/video residency (2020) with The Kitchen, a center for art, video, music, dance, performance, film and literature in NYC. 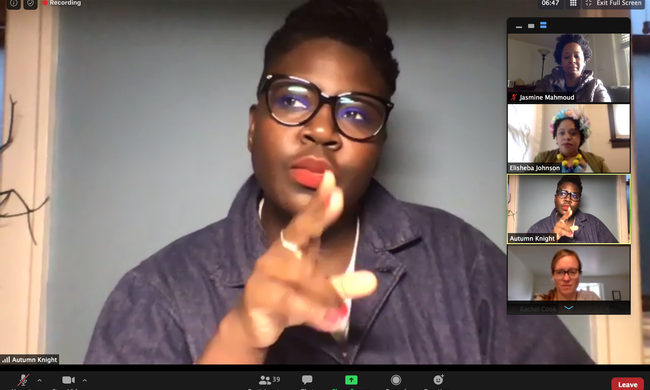