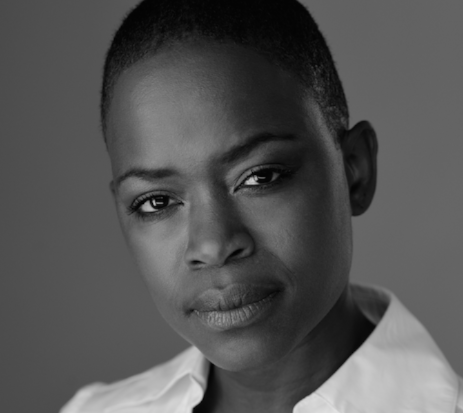 MICHELLE A. BANKS, a native of Washington, DC, is an awardwinning actress, writer, director, producer, choreographer, motivational speaker, and teacher. Her television appearances include a YAHOO! Commercial, the ABC’s 10-8, the Showtime Series Soul Food, Girlfriends (UPN), and Lifetime’s Strong Medicine. She has also starred in the movie Compensation directed by Zeinabu Davis, which has been acclaimed at film festivals worldwide, including Sundance, Burkina Faso’s FESPACO, and Toronto International Film Festival. The film ran on BET-Black Starz, and Sundance cable channels as well. She can also be seen in Hilari Scarl’s documentary about the Deaf Entertainers, See What I'm Saying. Michelle credits Jadolphus CW Fraser, an independent filmmaker, for introducing her to filmmaking and co-directing his feature debut, Always Chasing Love.

Michelle was chosen as one of thirteen actors for NYC’s 2008 ABC Diversity Talent Showcase. She has appeared in plays such as The CA Lyons Project at Alliance Theatre in Atlanta, GA; Story Theatre with Open Circle Theatre; Big River at the Mark Taper Forum in Los Angeles, CA and at Ford’s Theatre in Washington, DC. She also starred in For Colored Girls Who Have Considered Suicide When the Rainbow is Enuf at the Los Angeles’s Globe Playhouse. This play won the 2003 NAACP Theatre award for “Best Ensemble.” Michelle was one of the first two Deaf African-American actresses to interpret for the Broadway play Having Our Say by Emily Mann. After she received The Christopher Reeve Acting Scholarship in 2002, she reproduced her original one-woman show Reflections of a Black Deaf Woman in Los Angeles, CA the following year.  Her one-woman show has continued to receive rave reviews at venues throughout the country including Victory Theatre Center, National Black Theatre Festival, the Los Angeles' Women's Theater Festival, Ohio Wesleyan University, and the John F. Kennedy Center of the Performing Arts.

After Michelle received her Bachelor of Arts degree in Drama Studies from the State University of New York at Purchase, she founded Onyx Theatre Company in New York City—the first deaf theatre company in the United States for people of color. For eleven years, her work with Onyx earned the Cultural Enrichment Award from Gallaudet University and the Distinguished Service Award from New York Deaf Theatre. She also has taught drama/theatre for NYC’s Board of Education—Deaf and Hard of Hearing programs and PS 47 School for the Deaf for four years. Her other achievements include Program Coordinator for Deaf West Theatre’s Professional Acting Summer School, Sign Master for Arena Stage, Broadway, and Centerstage, Outstanding Achievement Recognition Resolution of 1996 from the Council of the District of Columbia, an Individual Achievement Award from the National Council on Communicative Disorders, and a featured article in the February 1998 issue of Essence magazine.

In May 2015, Michelle completed her Master’s degree in Organizational Management specializing in Organizational Leadership from Ashford University.  Michelle’s most recent producing/directing credits: Look Through my Eyes, Silent Scream, Z: A Christmas Story, What it's Like? (Solo Show), and In Sight and Sound: De(a)f Poetry I, II, & III. 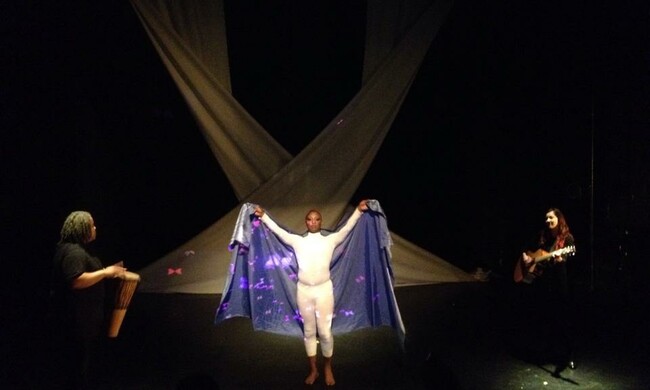 Actor Michelle Banks advocates the need for more diversity and inclusion for deaf and hard of hearing actors of color in the American theatre.