Sabera Shaik is a well-known Malaysian Theatre figure who has acted in diverse roles in the performing arts in Malaysia, Singapore, Chennai, Bangalore, Delhi and Bali. Shaik is considered one of the most versatile actresses in the country, having performed in a wide range of works.Following some years of ensemble acting, Sabera Shaik now concentrates on directing major productions, and acting in one-woman plays in which she excels. She has been hailed as a sensitive and mesmerizing actor, expert in a range of emotional roles and situations.

For her 2006 international tour of India and Indonesia, Shaik has chosen a trio of challenging works: In the Name of Love, by the acclaimed dancer Ramli Ibrahim, is a trilogy of one-woman plays (Sarasa, about Mother Love; Mak Su, about the love of a Mak Yong dancer for her art; and Deena, about her love of Bridge, Chocolate and Toy-Boys!) written especially for her, dealing with obsessive love in its various forms.

Her own theatre company, Masakini Theatre, began by producing some of her own written works which have had a powerful impact on theatre in Malaysia. "Lady Swettenham" (Sabera Shaik) in two separate productions, was hailed as 'world class', and "My Bollywood Summer" (Sabera Shaik), which introduced a cast of young experienced actors, dancers and singers into the genre of the "musical", was acclaimed as a major breakthrough for Malaysian theatre.

Recent productions have been Alan Bennett's "Habeas Corpus" in which she took the role of Mrs Wicksteed, and "Happy Days", a joint production with an associate theatre company, and which joined the international celebrations for the Samuel Beckett 100th Anniversary Year in 2006. This was in conjunction with two intense weeks of Beckett Workshops with Irish Beckett expert Sarahjane Scaife, funded by the Irish Embassy.

In December 2010 Masakini Theatre Company invited actor and director Tage Larsen of the Odin Teatret to direct Shakespeare's OTHELLO which was performed at the City Hall Auditorium in January 2011.

In 2011 Shaik directed the first shadow theatre in the country, WAYANG to critical acclaim. It was so popular that she went to Bamberg to attend a workshop on "Shadow and Light" to learn more with shadow master Norbert Gotz.

In November 2011 Shaik performed 7 shows of her critically acclaimed solo performance LADY SWETTENHAM directed by Tage Larsen in New Delhi and at the NCPA Theatre Festival in Mumbai to a standing ovation.

In 2012 she directed and produced another piece of shadow theatre called THE STORY OF KUALA LUMPUR.

​Frequent visits to Europe, America, India and Australia have enabled Shaik to have a rare overview of international theatre activities for creative work, acting, design, lighting, costumes and general mis-en-scene. 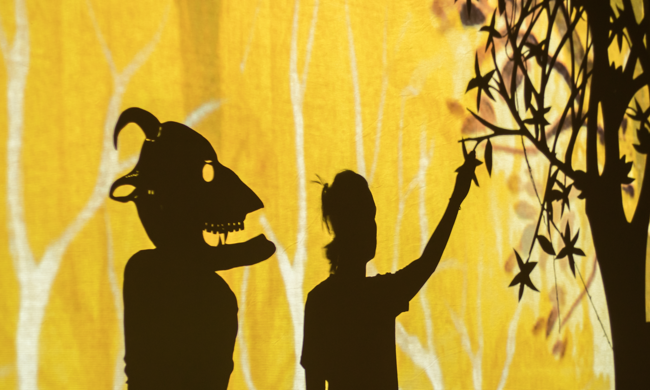 Art as a Force for Good
Essay