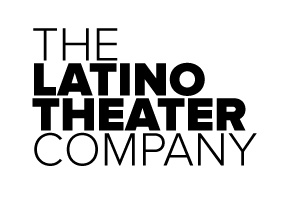 Going on tour seemed like the natural progression of things for the Latino Theater Company. We didn’t know that it would lead to action for change in the American Theatre.

After twenty-seven years of working as an ensemble, the time seemed right for us to go on tour. We were born at the Los Angeles Theatre Center (LATC) in the 80s, we grew up there, and now we run the house. But we had never left home, and it was time. No excuses. The kids were grown and gone. It was time for “The Empty Nest Tour.” The truth is, it was time to answer the burning questions:  “Where do we fit in the ecology of the American Theatre?” And, most importantly, “Can we help change the narrative about Latino Theatre in the field?” Receiving the National Theater Pilot grant from NEFA to tour Solitude has given us the opportunity to try to answer these questions.

NEFA’s holistic approach to funding was important. To actually meet the people who decided to fund us and discuss, in detail, our challenges, our successes, to ask advice, receive suggestions, get contacts, all of it, has been a fruitful experience and a great example for other funders.

In many ways, touring brought us full circle. Our work as an ensemble is deeply rooted in the Chicano theatre movement of the 70s, and our reason for making theatre has always been about both the art making and the sociopolitical issues that are important to our community. Ensemble or devised work has a long history in Latin America, and many maestros (Buenaventura, Garcia) traveled to the US to share their “collective creation” method, which we use to this day. Solitude is ensemble generated through a series of sessions working with text, movement, music, and dance.

Many of the teatros of the 70s created work collectively and toured a network of universities and community centers throughout the country. It may not have been great theatre, but to quote Dr. Jorge Huerta, it was “necessary theatre.” War was raging in Vietnam with a disproportionate number of casualties being poor and people of color. We were fighting for Chicano/Latino studies in our schools and universities, fighting to improve the high school drop-out rate—like I said, full circle….

In 1985 the Latino Theater Company (LTC) began as the Latino Theater Lab, directed by Jose Luis Valenzuela, at the first incarnation of the LATC, funded by a Ford Foundation grant at a time when multiculturalism was all the rage. LATC’s artistic director back then, Bill Bushnell, was a pioneer in programming theatre that looked like LA, and we work to continue that vision.

From the beginning, our company’s mission, “To explore in bold, contemporary terms, the US Latino/a experience,” was to change the narrative of the Latino/a experience from being “newly discovered,” “a minority experience,” to being an American experience, plain and simple. Although our work is specific in content, it becomes universal in theme from a cosmopolitical perspective. Taking Solitude on tour has allowed us to fulfill our mission and expand the narrative. A Chicano story is a Latino story is an American story is a global story is a human story.

We launched our tour in 2011 at Radar LA 2011 with a naïve “let’s take this show on the road” kind of attitude. We dreamed that presenters would sweep us off to perform for new audiences in faraway cities. Instead, something else happened….

A small group of Latino theatre makers who attended Radar LA and the TCG Conference 2011 convened to discuss the challenges facing Latino/a theatre makers, the scarcity of production opportunities that continues in the American regional theatres, and the need to stay connected with each other. In May of 2012, a group Latino Theatre leaders came together at the Arena Stage under the auspices of the American Voices New Play Institute to discuss the same and expanded the conversation to address the lack of Latino leadership in the American Theatre (there are only a handful of artistic directors who are women or people of color), creating a Latino Theatre Commons and a national Latino Theatre alliance. The conversation continued as we toured Solitude to San Jose, CA, with Teatro Vision and in Miami at the 27th International Hispanic Theatre Festival with Teatro Avante and others. Other meetings around the country, in New York, Arizona, several more in LA, and other cities continue these “necessary” conversations.

The world is changing faster than any of us ever imagined, and the American Theatre must change, too. To be fair, there are some theatres that have embraced diversity as a core value, but not enough. President Obama commented recently that he has learned that he “can’t change Washington from the inside. You can only change it from the outside.” Maybe the same applies to the American Theatre. Maybe it’s not about knocking on the door trying to get it anymore. Maybe it’s time to build our own house where everybody’s welcome.

I am all for changing American Theater. We have just finished a very successful run of PLACAS: The Most Dangerous Tattoo, which I wrote and co-produced, with an all Latino intergenerational cast starring Ric Salinas and directed by Michael John Garces. It was a hit in San Francisco. It actually made a significant profit. We had 3200 people see the premiere run over two weeks at the Lorraine Hansberry Theatre. Standing ovation every night (8). Several rep theaters came to see it. We have contracted/grant to tour it through the National Performance Network. However, our local success is running into a lot of challenges when it comes to touring this 7 actor play about Central American and Chicano gang members reforming their lives through tattoo removal. Most theaters have "cultural" issues, or audience issues, or economic issues despite its almost guaranteed sellout potential, its professional production and it's positive message about leaving gangs. I have been told "it doesn't fit" our season, or our audience. I am wondering if touring is really necessary to make an impact, to change American theater. I am thinking that theaters like Su Teatro in Denver own and run a nice space, continue to grow and do not tour. Instead they bring in theater artists like myself to nurture and be mentored in order to take Latino art back to our own local communities. I admire what LTC/LATC is doing Evalina. I think we need to have more of our community writing about our work in theater

Gracias Evelina for this honest account...I'm incredibly moved by, “Can we help change the narrative about Latino Theater in the field?” It is a call to action to continue exploring what Latino Theatre was and is and could be. It really is up to us, Latina/o or not, but us that appreciate, produce, present, respect and encourage the Latina/o Theatre experience, especially in the US, to be part of the national dialogue.