I have had the privilege to work on new play development, world premieres, and regional premieres as dramaturg at the Unicorn Theatre in Kansas City, Missouri. The Unicorn Theatre is a proud, and founding member, of the National New Play Network (NNPN), which includes twenty-five theaters across the nation who are committed to producing new works. Cynthia Levin, the Artistic Director of the Unicorn Theatre, once lovingly and sincerely described my dramaturgical work as “fast food dramaturgy.” In this blog, I will explain my dramaturgical background and my method of “fast food dramaturgy.”

I was lucky enough to learn the art of dramaturgy from one of the best, Dr. Felicia Hardison Londré who is a Curators’ Professor of Theatre at the University of Missouri-Kansas City (UMKC) and author of several books including Words at Play: Creative Writing and Dramaturgy (2005). Dr. Londré taught me the value and creativity that can be found within dramaturgy. She showed me how, as a dramaturg, I could have a profound impact on the director, actors, designers, production concept, as well as every other area of production. 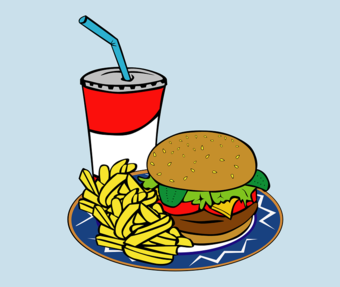 “Fast food dramaturgy” can be described as thorough and fulfilling, readily available, but limited and concise. While all dramaturges like to believe that directors, actors, and designers are ready and willing to digest our one-hundred-plus-page packets, the reality is they want a quick snack, which will fill them up without spending a lot of time, energy, or money. And as a dramaturg, I have streamlined an effective and efficient system to fill that need.

“Fast food dramaturgy” can be described as thorough and fulfilling, readily available, but limited and concise.

As a PhD student I thrive in research. I can get happily lost in a book, the internet, or a library for hours or days. I love stumbling upon a fun fact or an image that has potential power for a production. For example, in 2011 I was the dramaturg for the world premiere of Shoothorses by Ron Hutchinson at UMKC. Shoothorses is a stage adaptation of Horace McCoy’s book, They Shoot Horses, Don’t They (1935). This production was a dramaturges dream: a world premiere, based on a book (of which there is also a film version), and set in several time periods. The premise of the play involves two characters, Robert and Gloria, as they meet by chance and decide to compete in a dance marathon. During the 1920s and 1930s, dance marathons were part of popular entertainment and a means for making money, for the winning couple. Couples would dance for an hour and fifty minutes (in the novel) and get a ten-minute break and the pattern would continue for hours, days, and even weeks until there was one couple left standing. The promoters of dance marathons would come up with any gimmick that would help make money including having the dancers’ breaks take place on the dance floor instead of in private. I found that information and a picture of it and shared it with the director, Barry Kyle. He loved it. It allowed for him to keep all the actors on stage, as he wanted, and it reinforced the atmosphere of the dance marathon where the contestants were constantly being watched and judged. This is just one of many examples of how dramaturgy can greatly influence a production and how one image had more of an impact that the rest of my thirty-two page packet full of bios, reviews, and information. I realized then that I could edit my information and provide more effective and efficient research.

My research process, although not necessarily unique, is continuously done with editing in mind. These are the steps I follow:

I have found that by taking a step back from including all potentially relevant and interesting research actors, designs, and especially directors can utilize dramaturges in a more positive and valuable way. Just like a fast food restaurant, dramaturgy can be quick, cost effective, and awesomely delicious.