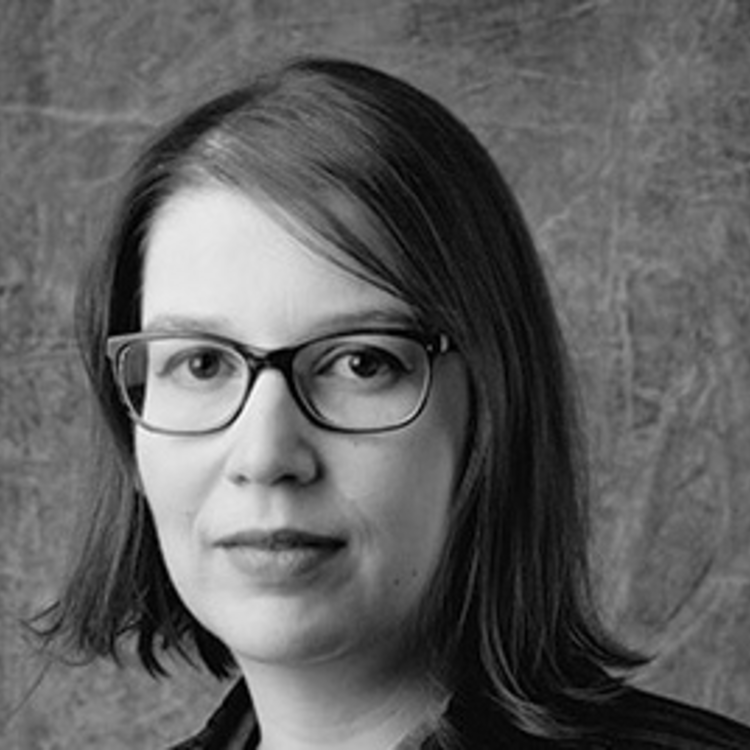 Everyone knows some variation of the old joke: you take four Jews, you get five opinions. And if you take fifty Jewish theatre makers, you get over a hundred opinions. The math may not be as accurate as the sentiment. But trust me, I’ve been attending the Association for Jewish Theatre (AJT) conferences since 2003. There I found people just as nerdy about theatre and just as interested in Jewish culture as I. The 2003 conference also led to my first job: working initially as an intern and then as the Literary Director at Theater J. The connection to AJT has remained, and I continue to make the annual pilgrimage. This is why I journeyed to Los Angeles in February.

As an independent theatre artist myself, I am drawn to these artists. We use our Jewish backgrounds as a lens rather than a focal point.

I no longer work for a Jewish theatre. I do not wear my Jewishness on my sleeve. My Jewish practice resides somewhere between practicing and secular. My theatre practice remains whole-heartily devoted, though my boyfriend and I did make the decision to stop getting tickets to see plays on Friday nights. Even so, if I were to describe the relationship between my two religions I would say I am a theatre artist first, Jew second.

As the events of the four-day conference unfolded, I found myself thinking about AJT (of which I am a board member) and its relationship to its members. For most of AJT’s history it has had two basic types of members: Jewish theatres and playwrights. The core of the conference has been bringing those two groups together. Jewish playwrights are eager to find theatres to produce their work and artistic directors are looking to build relationships. However, more recently, an organic change clearly has taken place. Jewish theatre companies are in decline; every year it seems one more has closed up shop. This year many existing companies couldn’t afford, or prioritize, sending their artistic leadership to the conference. In the past few years though, I've noticed that more and more independent theatre artists and solo performers have made the journey.

As an independent theatre artist myself, I am drawn to these artists. We use our Jewish backgrounds as a lens rather than a focal point. On a panel held at University of Southern California, visual artist Ruth Weisberg shared a thought that really resonated with me. “Art,” she said, “is a vessel for putting our meanings.” I loved that idea; our art is infused with how we see the world. I like the distinction that the vessel itself isn’t the meaning. For me, much of my meaning is filled with my Judaism. The facts of my life are inseparable from my religious and cultural background. But do I make Jewish theatre? This is the question that seemed boil underneath the conference. One question and answer session exploded when someone asked the question “What is Jewish theatre?” There were twenty people in the room - and guess how many answers. The old joke.

For me, I find my Jewish identity in how I work. My dramaturgical skills come from a Jewish root. The exegesis of a script and the way I question every moment, my interest in the underdog and ethical storytelling, these are Jewish qualities transferred to my theatrical life. Yet, I am not making work for a particularly Jewish theatre or audience. In the final panel discussion, legendary comedic writer Carl Reiner said, in a serious tone, “Jewish theatre is when they speak Yiddish.” Intelligent producers, like Ari Roth at Theater J, have shown that instead of remounting the past, success in a Jewish theatre comes when you focus on quality productions that reflect the current moment. Jewish artists do not need to write in Yiddish or tell biblical stories; they just need to tell their story.

Keynote speaker Richard Montoya talked about how his work with Culture Clash reflects his world: “This is my theatre. It is now. It is in real time.” I left Los Angeles deep in thought about my own identity, its relationship to my art and my community. I wonder if there is a Jewish theatre genre and if it speaks to the present moment. As I see it, the work of Jewish artists is just as varied and complex as that of non-Jewish artists. As AJT plans its next decade I wonder if it’s important to move away from being a connector for theatre companies and playwrights who wear their religion on top of their work. I hope, instead, it reaches artists who, like me, have their Jewish culture woven deep into their meanings.

Having been a founder of the Association for Jewish Theatre it is lovely to hear that the organization is serving a vivtal and evolving vision these days.

In the beginning of the work, so much of the focus was on the basic concerns of claiming our cultural and sometimes religious identity as a part of our work, Now, ir feels like there is more leading coming from the inquiry and for that I am delighted.

Thanks for this thoughtful post. It hit the spot for me.

It is all in the infusion of Jewishness and layering of our multiple identities. I like N C Heikin's comments off this site, which said that though he doesn't write Jewish specific plays, Jewish religion and culture inform everything he does. So what are the ways that it informs? And how do we do that make it real? It seems to me that Jewish theatre and performance is more about accepting oneself as a Jew, daring to put it out there either consciously or subliminally, and not feeling like one has to label it as "Jew" unless one wants to - and often that labeling is done in a tongue in cheek manner. There seemed to be a disconnect on the panel with Carl Reiner (not totally explored) about this when the moderator said he was offended by Seth Rogen and Judd Apatow comedies.

I agree that Judaism is an integral part of my identity and subsequently in my work as well. I would be up for expanding the AJT community to all members of the theater world from technicals to casting directors. We all play a role in our own ways...

you have a lovely pen, x see you next AJT or earlier I hope, x

Really beautiful place you wrote this from Hannah. Standing in a somewhat similar identity place, in my 30s I got more interested in many of ritual, theological, intellectual parts of the tradition. But always then, as now --I felt about my personal artistic, advocacy and ethical adventures -- they weren't always specifically Jewish adventures, but something in me did them specifically as a Jew. Thank you for speaking to that.

A lovely analysis...I felt exactly the same. Wish we would have connected.

Excellent summation of these issues, Hannah.

I was never raised in a particularly devout manner, but have found that as a playwright, I'm using theatre specifically as a means to inquire into my own sense of Jewish identity: specifically how one relates both to a larger world that isn't Jewish and how one lives in the present with an awareness of a history that spans thousands of years.

The process hasn't made me that much more devout, but certainly more thoughtful and engaged.