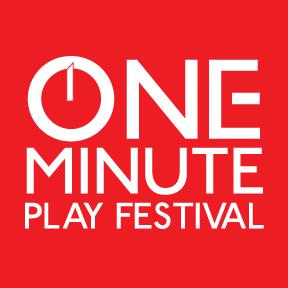 About The One-Minute Play Festival
The One-­Minute Play Festival (#1MPF) America’s largest and longest running short form theatre company in the country, founded by Producing Artistic Director, Dominic D’Andrea . #1MPF is barometer project, which investigates the zeitgeist of different communities through dialogue and consensus building sessions and a performance of many moments. #1MPF works in partnership with theatres sharing playwright or community-specific missions across the country. #1MPF creates locally sourced playwright-focused community events, with the goal of promoting the spirit of radical inclusion by representing local cultures of playwrights of different age, gender, race, cultures, and points of career. The work attempts to reflect the theatrical landscape of local artistic communities by creating a dialogue between the collective conscious and the individual voice.

Perseverance Theatre was founded in Juneau in 1979. In January of 2012 we launched a subscription season in Anchorage as a resident company at the Alaska Center for the Performing Arts. Perseverance serves over 15,000 artists and audiences annually with classical, contemporary, and world premiere productions on our Anchorage, Main, and Second stages; education & training programs for youth and adults; and outreach collaborations with statewide artistic and social service groups.

Alaska
U.S. by State
Convenings: One Minute Play Festival (#1MPF)
Most Discussed
A Collective Call Against Critical Bias
Critical Mass
Most Watched
The Gathering from the CrossCurrents Festival
Wednesday 4 May to Saturday 7 May 2022
Upcoming
Livestreaming a Conversation: #DeafWoke with John Autry II
Friday 20 May 2022