Claiming Your Space: a Conversation about Writing and Performing Identity with Cuban-American Performer/Playwrights Marissa Chibas and Melinda Lopez

Produced With
ArtsEmerson
ArtChange US 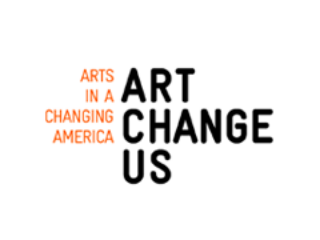 In conjunction with ArtChangeUS@ events happening around the country, ArtsEmerson and HowlRound are thrilled to invite you to a conversation between two phenomenal Cuban American artists who have earned notoriety for both creating and performing pieces of theatre that have been seen around the country.

About ArtChangeUS
This Event is part of ArtChangeUS@, a series of curated performances/talks/workshops/interventions that ask: What does a changing United States look like on the ground? How are arts and culture being expressed by people and communities across the country?

HowlRound is a core partner of ArtChangeUS: Arts in a Changing America, a new five-year initiative that seeks to explore and understand the dramatic demographic transformation of the United States and its profound impact on arts and culture. ArtChangeUS will serve as an urgently needed catalyst that brings unheard, leadership voices in the arts to the forefront of social discourse, arts production, and community change.

Cuba
Diversity, Equity, and Inclusion
Massachusetts
Political Theatre
U.S. by State
Most Discussed
Designing Collaboration: In Search of a Taxonomy of Collaborative Methods
Emily McConnell
Most Watched
The Gathering from the CrossCurrents Festival
Wednesday 4 May to Saturday 7 May 2022
Upcoming
Livestreaming a Conversation: #DeafWoke with John Autry II
Friday 20 May 2022