Keynote by Marcus Youssef at PACTcon 2019: A Work in Progress 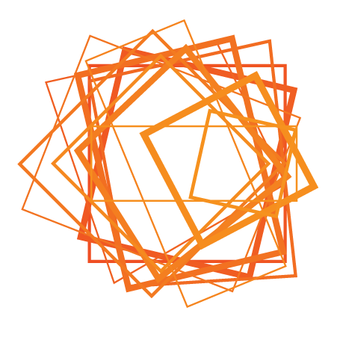 Last year we got together in Ottawa, as a community, and talked about the future of storytelling. In his keynote address, Kevin Loring declared that the future of story telling is Indigenous. Many of you spoke with passionate voices about finding new ways to work with and in community, and a commitment was made both by you, our members, and PACT to hold and make space for those not in the room. That is the future that you envisioned. This year, we create a road map to get there.

This is your chance to connect with your peers from across the country and consider how we can break down disciplinary, geographic, and financial barriers that inhibit us from working together. How do we proactively invite in the voices that are not always represented? How do we pool our resources in order to support the creation of new work? And most importantly, how do we build the capacity that allows us to continue having these timely and urgent exchanges throughout the year?

This is YOUR chance to shape the theatre ecology in which you want to work and practice.

Our keynote guest for PACTcon2019: A Work in Progress will be Marcus Youssef, Artistic Director of Neworld Theatre.

Marcus’ fifteen or so plays (about half co-written with pals) span a wide range of forms and styles, from drama and satire to theatre for teens to Pantos (!) and more experimental devised work and collaborations with neurodiverse artists. They have been performed in a half-dozen languages at dozens of theatres, festivals, school gyms and community centre basements across North America, Europe and Asia, including the Brighton Festival, the Hong Kong Arts Festival, GRIPS & Berliner Festspiele (Berlin), Soho Rep (off-Broadway), the Dublin Theatre Festival, Wooly Mammoth (Washington, DC), On the Boards (Seattle), the Aarhus Festival (Denmark), Ca’Foscari and Terni Festival (Italy) and LOKAL (Reykjavik). His awards include the Siminovitch Prize for Theatre, the Vancouver Mayor’s Arts Award, the Rio-Tinto Alcan Performing Arts Award, the Chalmers’ Canadian Play award, the Vancouver Critics’ Choice Award (three times), the Canada Council Staunch-Lynton Award and, recently, a nomination for Berlin, Germany’s Icarus Prize. Marcus has been artistic director of Vancouver’s Neworld Theatre since 2005, where in 2009 he co-founded the collaborative artist-run production centre Progress Lab 1422. He is also currently International Associate Artist at Farnham Maltings (UK), an artistic advisor to the National Arts Centre English Theatre and an editorial advisor to Canadian Theatre Review.