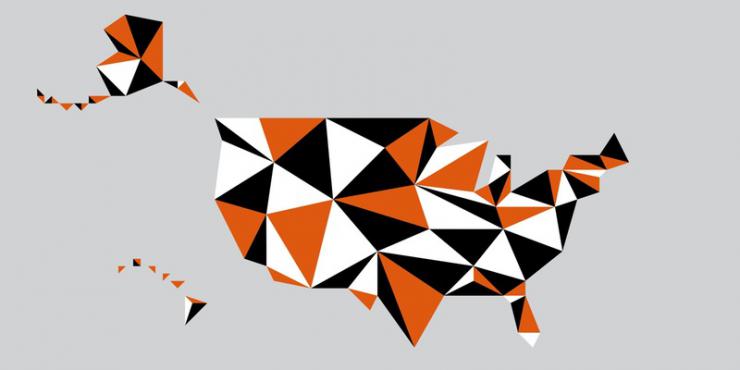 ArtChangeUS: Arts in a Changing America presents REMAP: Detroit livestreaming on the global, commons-based and peer-produced HowlRound TV network at howlround.tv on Thursday, October 6, 2016. See the livestream schedule below.

ArtChangeUS REMAP: Detroit is the third in a series of convenings reframing the national arts conversation by responding to the demographic transformation of America and the vital role of the arts.The theme of ArtChangeUS REMAP Detroit, “Majority/Majority: We Remap the U.S.” recognizes Detroit as a city that represents a shifting paradigm and dynamic cultural leadership. Detroit is the U.S. city with the highest percentage of African Americans, the largest concentration of Arab Americans, founded on Anishinaabe land, and with an historic and growing state-wide Latinx population. The co-keynote will be given by cultural critic and filmmaker dream hampton and Favianna Rodriguez, a visual artist and immigration rights activist. Featured evening performances are by Complex Movements and Heather Raffo; poet Jessica Care Moore, singer Abby Dobson, and a reading from Detroit ’67 will highlight the conference. Participatory creative workshops will immerse participants in sessions like “Writing the Future” with adrienne maree brown, “The New Comedy Culture” with Amer Zahr, Seeing “What’s Said: Graphic Novel Writing” with Leila Abdelrazaq, and discussions will foreground Detroit artists such as Shane Bernardo, adrienne maree brown, Halima Cassells, Sacramento Knoxx, Tawana Honeycomb Petty and Amer Zahr.

ArtChangeUS REMAP: Detroit is produced in partnership with the National Association of Latino Arts and Cultures’ NALAC MI Latinx Art Summit, the Arab American National Museum, the Charles H. Wright Museum of African American History (The Wright), Complex Movements, and Creative Many. ArtChangeUS REMAP: Detroit will bring together artists and changemakers at The Wright and throughout the city to explore how communities are remapping America and transforming the arts.

ROUNDTABLE | “The Black Centered City” | 2:00pmEST-4:00pmEST / 11amPST-1pmPST
Opens with an excerpt from Detroit ’67 by Dominique Morisseau featuring Tiffany Thompson and Brian Marable. Margaret Mortonfacilitates as Ismael Ahmed, Kyle T. Mays, Eun Lee with Linette Popoff-Parks and John McLaughlin Williams, and Alesia Montgomery discuss what it means to recognize/intersect with a black-centered city and how to re-frame minoritization. Closes with a performance by poet Jessica Care Moore.

FUTURE CONVERSATION | 4:00pmEST-5:30pmEST / 1:00pmPST-2:30pmPST
Moving Beyond Incarceration & Mass Detention Facilitator: Risë Wilson (Robert Rauschenberg Foundation). Presenters:Favianna Rodriguez (CultureStr/ke), Jackie Sumell (Herman's House), Fox Rich (The Graduates), Michael Philip Brown(Hamtramck Free School), . Mass incarceration and detention have been destructive forces in our social fabric.  How can we imagine a healthy city when so many residents have been disappeared behind bars? How do we chart a new future where the criminalization of black and brown bodies is past tense? Artists and cultural workers are raising these questions and more. Presenters will each share their work in this terrain and lead a conversation to help us all reflect on a U.S. in which mass incarceration and immigrant detention no longer persist.

ArtChangeUS: Arts in a Changing America is a five-year initiative that seeks to explore and understand the dramatic demographic transformation of the United States and its profound impact on arts and culture. Led by Roberta Uno and based out of the California Institute of the Arts, ArtChangeUS is creating a vast network of relevant organizations, artists, scholars, idea producers, and resource people across sectors to reframe the national arts conversation at the intersection of arts and social justice. Through a carefully curated series of special events, performances, presentations and conferences, ArtChangeUS will serve as an urgently needed catalyst that brings unheard, leadership voices in the arts to the forefront of social discourse, arts production, and community change.

Our mission is to reframe the national arts conversation by responding to the cultural assets of demographic change and creating opportunities for artists, organizers, and thinkers to advance cultural equity.

Arts in a Changing America  is organizing ArtChangeUS REMAP: Detroit according to Community Benefits Principles collaboratively developed with Detroiters for our event and which we will continue to uphold in the organization of future REMAP events. These principles are based on organizing work in Detroit on their local community benefits ordinance Proposal A campaign which would facilitate CBAs for Detroit. To learn more  see risetogetherdetroit.com. We support the efforts of all communities to seek accountability from private developers who receive public support for large scale development projects through community benefit agreements (CBA).

Leadership in a Time of "What If?"

Susan Booth, artistic director of Atlanta’s the Alliance Theatre, talks about how we are currently living in what is referred to as “the carnival” and shares ideas of how artistic organizations ought to react during this time.