produced by A Star Is Bored in partnership with HowlRound 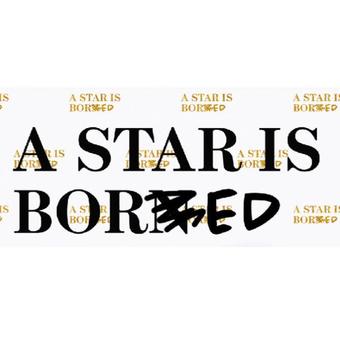 A Star is Bored

A Star is Bored was created to hold latitude to the voices of queer and/or POC artists across the spectrum of the theatre industry in our overall mission to scope the future of our art form by examining the state in which it was left amidst the pandemic. It is distributed through Anchor FM, and is on Spotify, Apple Podcasts, and everywhere podcasts are available, and full video interviews can be found on their Instagram and Facebook pages.

A Star is Bored is partnering with New Alternatives NYC for this broadcast. New Alternatives increases the self-sufficiency of LGBTQ+ homeless youth by enabling them to transition out of the shelter system to stable adult lives.

The festival should run no longer than two hours, and will consist of three one-act plays:

The Darker Side of Paradise — Franco D’Alessandro

The Wind Cries Mary by A.A. Brenner will be directed by Colm Summers, featuring Morgan Dean, Antoinette LaVecchia, and Kara Young. After agreeing to a dinner date with long-lost childhood friend Mary, Reg is forced to reconcile her idyllic early memories with the complex and oft-disturbing realities of adulthood as she confronts the ghosts of her past. A multi-dimensional neo-absurdist play, The Wind Cries Mary questions the confines of reality, memory, and death through a queer, disabled lens.

The Darker Side of Paradise by Franco D’Alessandro will be directed by Catherine Ann Taylor, featuring David Leeper, Zachary Gault, and Amy Bizjak. Patrick Grace is a gay high school teacher who has a special (father-son) bond with a straight, emotionally troubled student, Danny. When the school's homophobic headmaster warns Mr. Grace to "not touch" any male students, he is confronted with a dilemma as a desperate Danny comes to him on the brink of taking his own life.

Round by Johnny G. Lloyd will be directed by Keenan Tyler Oliphant, featuring Malik Reed, Brendan George, and Jason Alexander Wilks. Branden is in his 20’s, black, queer, and can host (facepix only though!) Seth’s an athletic jock, white, gay, vers, and looking for a no strings attached just for tonight masc hookup. It’s a match made on an app. But there are red flags – Seth might have brought a friend. And they might be trying to colonize Branden’s apartment. And maybe Branden can’t bring himself to care? A queer scene cycle, Round explores how the racism of everyday queer life comes into the bedroom.

produced by Caturah Brown, Catherine Ann Taylor, Keith Weiss, and A Star Is Bored Podcast in partnership with HowlRound.