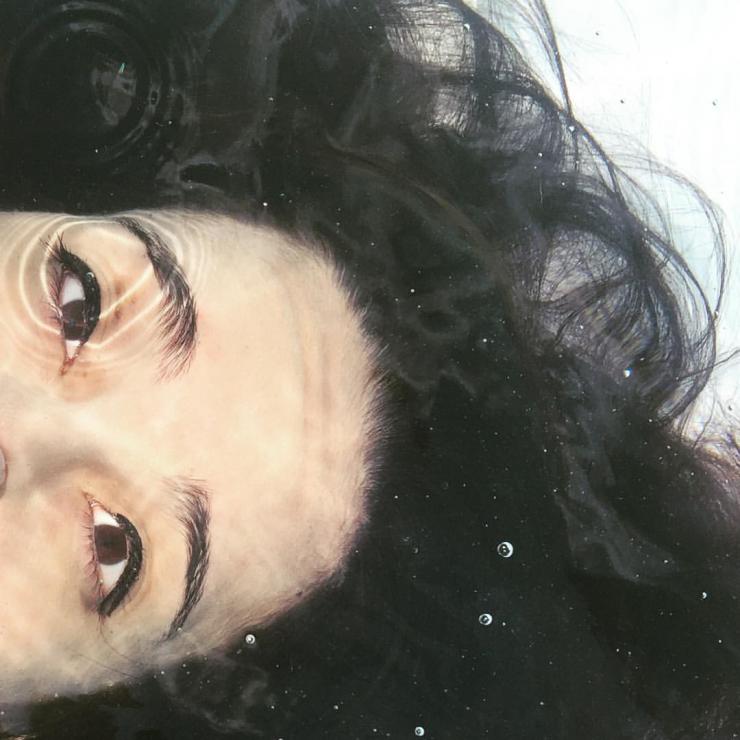 Salomé is the story of one of the bible’s most seductive, dangerous, and misunderstood women: Salomé, Princess of Judea. Salomé is remembered for her dance of the seven veils. She danced for the court, she offered her body to her step-father and in return, she asked for the head of John the Baptist. Her story and her demand were vital to the fate of Jesus and the modern church.

Throughout history, Salomé has been shamed, blamed, and described as a deadly temptress. She has become a symbol for the dangers of female desire.

In Gale Theatre Company’s new production, Salomé’s story begins after the death of John the Baptist. It starts when she has been left alone to grieve. On her own, Salomé identifies herself and learns what it means to have agency in her own body. She reconciles the truth about her past, present, and future. Gale’s production combines dance, acrobatics, and a huge bath tub filled to the brim with water to give Salomé her voice back.

About The VORTEX
We conjure and navigate the storm of imagination with urgent, unashamed art that dares to dream the world in which we want to live. This magic emanates from our cultural harbor, embraces diverse communities, breaks down barriers, and opens channels for vital exchange.

Widely-recognized as the pioneering leader in Austin’s alternative theatre scene, The VORTEX has produced over 300 productions, including more than 100 world premieres. Artistic work includes operas, musicals, plays, ritual theatre, experimental collaborative, and devised projects. The VORTEX venue is artist-owned and operated and was the first theatre to make a home for the arts in 1994 in Austin’s historically-underserved Eastside, now a blossoming arts district. A key player in the Austin New Works Community and one of Austin’s major theatrical forces, The VORTEX has received more than 100 major local awards and hundreds of nominations for artistic excellence. The VORTEX has always engaged in gender- and color-fluid, non-traditional casting. The VORTEX has offered its free, award-winning Summer Youth Theatre since 1991. Internationally renowned as a haven for alternative performance, The VORTEX has presented work by dozens of famous cutting-edge artists. The VORTEX owns and operates The Butterfly Bar. With a liquor license, free WiFi, a huge Yard and deck, and regular nightly hours, The VORTEX thrives as a community destination and leader in the growth of arts and economic stability in Austin.