Two Original Plays in Kolkata, India by Arena Stage and Voices of Now in Kolkata 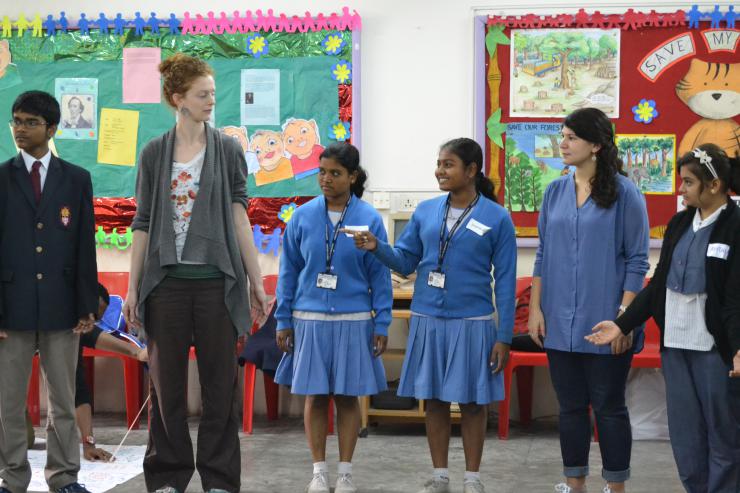 Arena Stage at the Mead Center for American Theater's Voices of Now devised theatre program has been selected from a competitive proposal process with the United States Department of State to send all nine members of the theatre’s community engagement department to Kolkata, Mumbai, Chennai and Hyderabad, India to create original plays, based on the lives of the local participants and inspired by the cities in which they take place. The three-week program, January 13-29, 2014, becomes the third international partnership with the U.S. Department of State and Arena Stage, following a successful two-and-a-half week program in India in October 2012 and a three-week residency in December 2013 in Zagreb, Croatia. 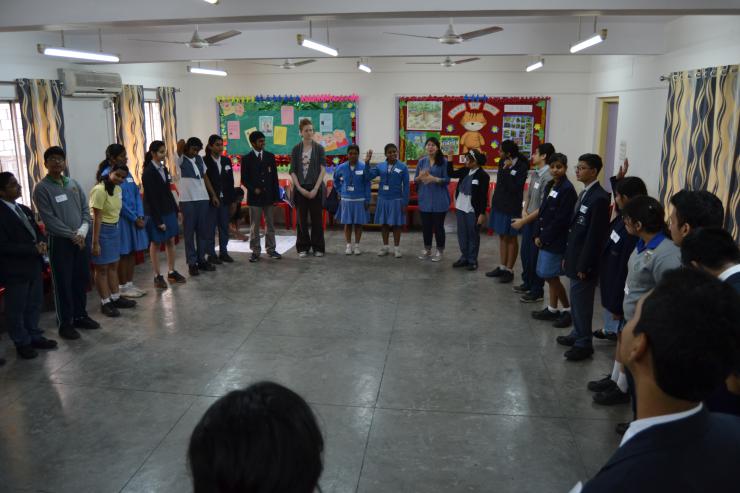 The Arena Stage arts-educators will send teams to each city and will devise plays with their varied partner organizations in each community. They will use Voices of Now program techniques to build performance skills, link populations that do not normally interact and increase a sense of community among participants. Using writing, discourse and movement they will devise plays that will be performed for audiences on each city’s final day of workshops, and will be followed by a post-performance discussion. Final performances and discussions will be livestreamed publicly. 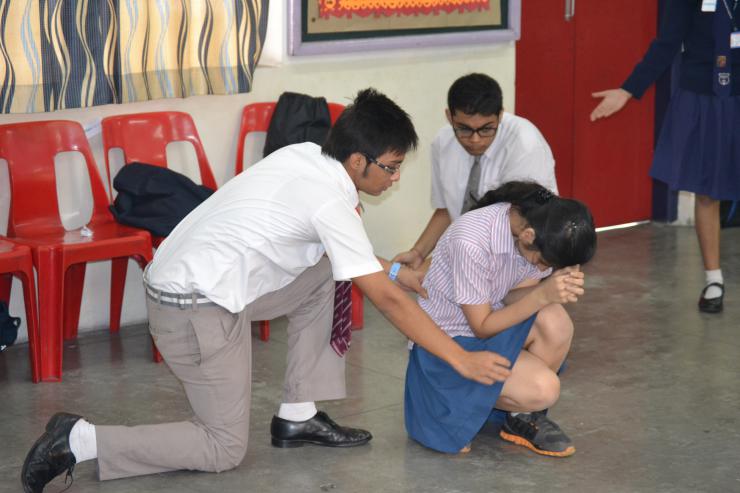 The performance will be followed by a moderated talkback with the performers, audience, and Arena Stage staff members centered around the topics explored in the plays.

Now in its 11th year, Voices of Now equips participants to write and perform autobiographical theatre that poses questions about social, cultural and emotional issues, with a focus on creating projects that give voice to—and spark dialogue about—issues of relevancy for the artists involved. 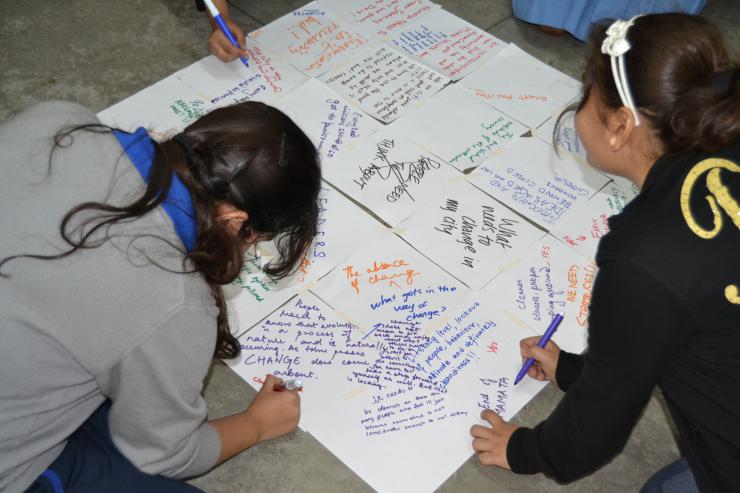 1. Arena Stage teaching artists Rebecca Campana (second from Left) and Ariel Warmflash (second from right) conduct Voices of Now workshops with participants of one of the Kolkata ensembles, as their work towards developing their original play inspired by the city.

2. The Arena Stage teaching artists work with an ensemble of young artists in Kolkata, India as part of the three week Voices of Now partnership through the State Department.

3. Participants of one of the Kolkata ensembles practice creating tableaus as part of their Voices of Now workshop

4. Participating artists do a writing exercise to help create the original content in their play that poses the question, “What needs to change in my city?”