At the Playwright’s Festival of new student work in Roanoke, VA last summer, guest responder Robert Ross Parker (Co-artistic Director of Vampire Cowboy Theatre) gave the MFA playwriting students at Hollins University the advice that one way to continue in their professional careers could be to invest in friends. To take the lead in producing theatrical works by close friends—plays that deserve a development process and an audience. 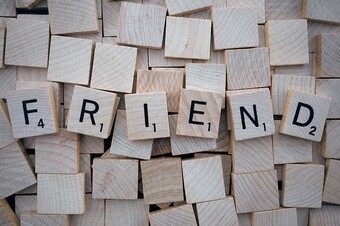 Kevin, a friend and fellow student of mine, had a good play. And he had been submitting it all over the country to different theater companies, sometimes making the semi-finals of different competitions. He jokes about the play as “always being a bridesmaid, but never a bride.” Just as much as I wanted to give my acting friends great roles, and wanted to give my non-theater friends and family a great show to see, I really wanted my playwright friends to get productions.

As a student of an MFA program, as a person who feels he’s never done learning, as a father of a three-year old who is surprised by life on a daily basis, I never truly feel I have an authority on a subject. As a playwright, I’ve been trained to make sure my mind sees both sides of any issue. But if there is one thing I’m passionate about, one thing I feel needs to change in the realm of theater, it’s the asinine demand of the “world premiere.”

It would be good to remember, as a playwright, to remember that those around you, who you recognize as talented, might go off and do some special things in the near future. Invest in those friends now, while they’re cheap.

I run The Tesseract Theatre Company a very small theater company in St. Louis. I want to produce the work of my friends and I want St. Louis audiences to have access to new plays.  But why would anyone, including my friends, waste their “premiere status” on a small theatre like mine? And why would any other slightly bigger theater, say, in Cleveland, Ohio or Columbia, South Carolina, care if a thirty-five seat theater in St. Louis, Missouri has already produced the show? Are they afraid of losing the St. Louis-Cleveland theater commuter? I understand the lure of producing a “world premiere” is the last thing some theaters have to attract the dying subscriber base and the rolling premiere idea started by the National New Play Network is a great step in the right direction. But the one-and-done death of new American plays is a systemic problem.

So, what is my solution to producing my friends plays and not taking away their “world premiere” status? Again, I don’t claim to be an authority on ways to run a theater, I’m just a playwright dabbling in the art of producing—a guy trying to find avenues for new plays in the wake of 13P. I’m going the way of slapping the old fatigued “workshop production” label on the production. Instead of complaining about the issue of “premiere status,” we’re educating our audience, the small but growing St. Louis audience we’ve managed to gather, as to why we label these productions as “workshop.”  I tell the audience that due to contract issues and not wanting to rob a play of a potential future, we list them as “workshops” but that the production is as professional as we can make it. The response from the audiences has been tremendous, the interest they’ve taken, inquiring after the show as to the state of playwriting in the country right now. And they want to know more.

In order to invest in my playwriting friends, who are located all over the country due to the nature of my MFA program, I also had to invest a great deal of trust in my local audience. I had to trust that they wanted to see new work, work that they couldn’t possibly see anywhere else in the city. Local actors had to be game to invest a great deal of effort and time in a play that wasn’t vetted and, although it had some beautiful moments, had some structure issues to be worked out. This process meant an artistic director, an ensemble, and an audience learning what new play development entails all at the same pace.

Back to what Robert Ross Parker said. He was asked to give advice to emerging playwrights and in response to the idea of needing to sell yourself, he says selling your friends is a lot easier to do, adding, “If you really focus on how awesome the people around you are and trying to help them out, eventually that really helps you.”  We’ve all witnessed that one incestuous theater company that only looks inward.   The advice of investing in your friends has some serious pitfalls if the quality of work isn’t kept in check. But I’m lucky enough to believe that I have playwriting friends who aim to be professional writers—friends who are close to getting work done in major theaters (and some who have).

So, I produced my friend Kevin’s “good but not great” play, because I felt it was something that needed to be produced, something that a couple of St. Louis actresses would have fun doing, and something new that our audience would appreciate. And Kevin got to come to St. Louis and see it and afterwards told me that he saw a few flaws in the structure, something he couldn’t see during any orchestra reading of the play. Since then, he has made great progress in the development of the play (thus, making our production of his play a true workshop anyway, so there’s that).

I believe that the success of new play development in this country rests on the artistic directors and their relationships with playwrights around the country. It would be good to remember, as a playwright, to remember that those around you, who you recognize as talented, might go off and do some special things in the near future. Invest in those friends now, while they’re cheap.