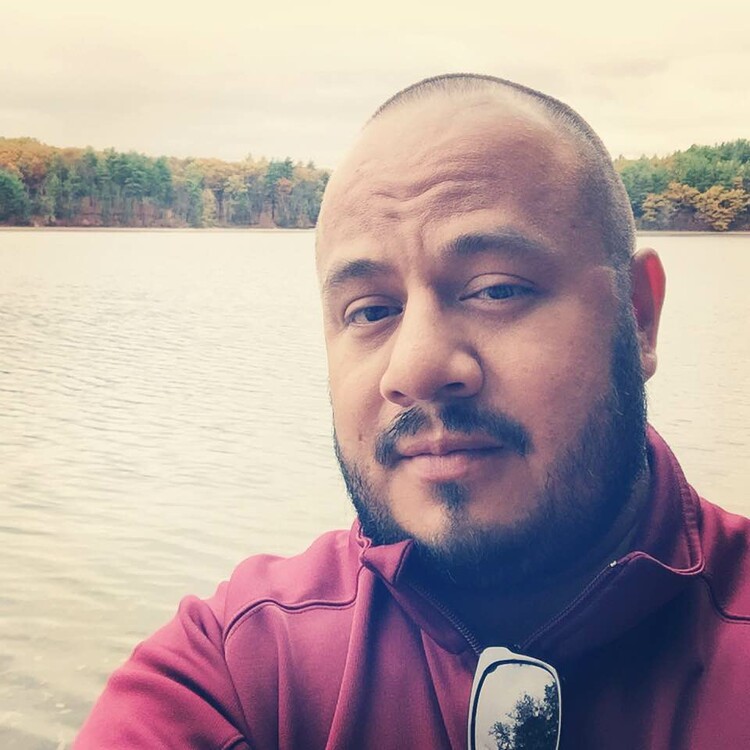 Where We Are and Where We Must Go

In the lead-up to the 2019 Latinx Theatre Commons Theatre for Young Audiences (TYA) Sin Fronteras Festival and Convening, I’ve been reflecting on Latinx TYA and asking questions about where we’re at and how we can grow. I acknowledge that my bias in this article is towards theatre produced in the United States, and I invite perspectives and responses from those working elsewhere.

What is Latinx TYA?

A Latinx TYA play authentically centers around the lives and experiences of Latinx youth. Professional TYA came into its own in the 1970s and ‘80s with the founding of regional theatres like the Children’s Theatre Company in Minneapolis and Seattle Children’s Theatre. Early champions of Latinx TYA were Deirdre Kelly Lavrakas and Kim Peter Kovac at the John F. Kennedy Center for the Performing Arts in Washington, DC, who created the New Visions/New Voices festival to encourage professional theatres to develop new plays for young audiences. In the 1990s, New Visions/New Voices featured plays like Alicia in Wonder Tierra (or I Can’t Eat Goat Head) by Silvia Gonzalez S. (commissioned by Body Politic Theater), And Now Miguel by Lynne Alvarez (Lincoln Theatre Institute), The Highest Heaven by José Cruz González (San Jose Repertory Theatre), and Black Butterfly, Jaguar Girl, Piñata Woman, and Other Superhero Girls Like Me by Luís Alfaro (Center Theatre Group). This early phase of Latinx TYA was shaped by playwrights who had mostly written for adult audiences. 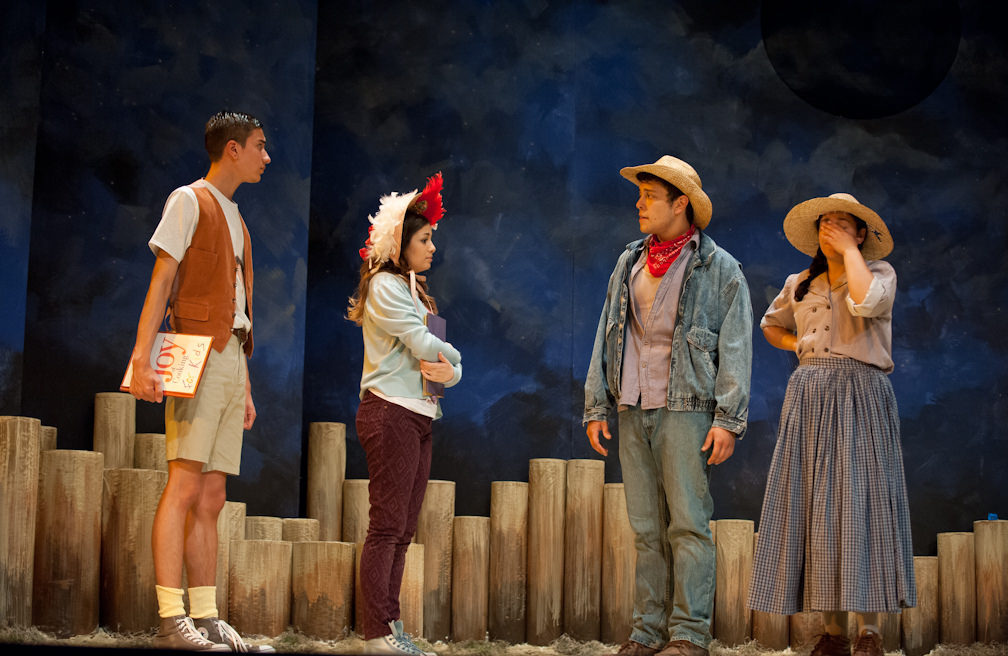 In 2018, the first anthology dedicated to Latinx TYA theatre and scholarship was published: Palabras del Cielo: An Exploration of Latina/o Theatre for Young Audiences, edited by José Casas and Christina Marín. It features new scholarship on plays that have been written over the last three decades. Included plays cover stories about a Latina who wants to go to college (Simply Maria, or the American Dream by Josefina López), a Latino grieving the loss of family after 9/11 (la ofrenda (the offering) by Casas), and a classic fairytale adaptation (Cinderella Eats Rice and Beans: A Salsa Fairy Tale by Karen Zacarías and Deborah Wicks La Puma). The anthology also includes my play Luna, which tells the story of Soledad, the daughter of Mexican migrant farm workers. The lonely girl befriends the moon, Luna, who is a constant in her family’s moves. Palabras del Cielo is an essential resource for anyone interested in Latinx TYA.

All writers want the freedom to tell whichever stories thrill or scare them, and Latinx playwrights are no different.

Who is creating Latinx TYA?

In defining Latinx TYA, I include any work intended for young audiences written by a Latinx playwright. José Cruz González, a pioneer in Latinx TYA, has written several plays in English and Spanish that center on stories about Mexican and Mexican-American youth and families. I treasure his plays Sal y Pimienta, Two Donuts, and The Highest Heaven, but my favorite of his is Lily Plants a Garden, a moving anti-war story set in Wululand, a fantastical but troubled place. Other playwrights, including Zacaráas and Wicks La Puma, have written TYA musicals, like one about a Puerto Rican baseball player (Looking for Roberto Clemente) and one about a German and Jewish physicist (Einstein Is A Dummy). The TYA plays I’ve written have drawn from Mayan mythology (The Hero Twins: Blood Race) and my own drama-filled adolescence in suburban Seattle (Nasty and Nocturnal).

All writers want the freedom to tell whichever stories thrill or scare them, and Latinx playwrights are no different. However, as a writer, I do feel the responsibility—no, I seize the opportunity—to center my stories on Latinx characters, regardless of plot or theme. While I write for all young audiences, I am mindful of Latinx kids who may be seeing characters like themselves on stage for the first time. I want them to see Latinx children dreaming of becoming astronauts, trolling the internet, playing pranks on their friends, and falling in love with stories rooted in another culture. 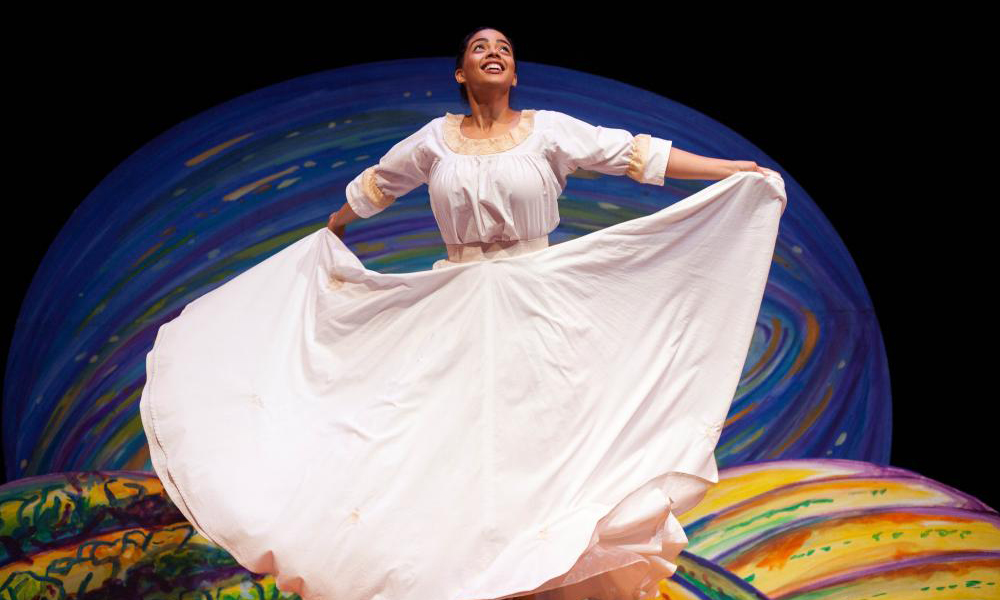 Si Mon' Emmett in Luna by Ramón Esquivel at the University of Texas at Austin, 2017. Photo by Laurence Peart.

There are also non-Latinx playwrights writing Latinx TYA. I am of two minds on this. On the one hand, I recognize that the field is stronger because of plays such as Mariachi Girl by Roxanne Schroeder-Arce, Bocón! by Lisa Loomer, and The Transition of Doodle Pequeño by Gabriel Jason Dean. (In fact, I am directing a production of Doodle Pequeño at Central Washington University this winter.) These plays succeed because the playwrights have created complex Latinx characters at the center of their stories. However, I acknowledge that white-centered theatres have historically privileged white writers when telling stories of people of color and their cultures. An artistic director might argue: “Any playwright should be able to write any play they want as long as it’s good theatre.” For too long, though, theatres have defined “good theatre” as work that adheres to white American and European aesthetics. In TYA, for example, theatres may commission white playwrights to adapt books that were written by authors of color, even though cultural bias still applies. Why not commission a Latinx playwright to adapt a Latinx author’s work? Childsplay did this with Tomás and the Library Lady, written by Pat Mora and adapted by González, and the Children’s Theatre Company commissioned Lynne Alvarez to adapt Pam Muñoz Ryan’s Esperanza Rising. Producing theatres are responsible for commissioning Latinx playwrights to write Latinx stories, and non-Latinx, white playwrights and allies can promote change by referring Latinx playwrights for work.

White-centered theatres have historically privileged white writers when telling stories of people of color and their cultures.

How does Latinx TYA need to grow?

Mexican American and Mexican immigrant stories dominate Latinx TYA, so how can we expand the field with stories from other countries and the greater Latin American diaspora? I commend Sin Fronteras for inviting international Latinx TYA work. Latinx identity is racially diverse, so how can Latinx TYA better reflect experiences that are unique to Afro-Latinx and Indigenous-Latinx youth? How do multiracial youth navigate their identities within Latinidad? What about stories that center on Latinx LGBTQ+ youth? Where are plays about Latinx youth with disabilities? I challenge Latinx TYA playwrights to address intersectionality in our stories.

We can all address holes in our knowledge. As a gay, second-generation Mexican American and Yaqui Indian, I still have privilege as a university-educated, English-speaking, cisgendered male playwright and academic. I must share my power and access with those who have neither. For me, that means I am working to read and see more work created by Afro-Latinx and Indigenous-Latinx playwrights, as well as Latinx artists who are transgender and/or disabled. For you, the work may be different, but it must be done. While we may want TYA plays that reflect the great diversity of Latinx experiences, our young audiences need them.

Roxanne
Schroeder-Arce
Thoughts from the curator

In the lead-up to the 2019 Latinx Theatre Commons Theatre for Young Audiences (TYA) Sin Fronteras Festival & Convening, I have invited Latinx and Latin American artists and scholars to offer thoughts on their own work and on the work of their fellow theatremakers. While I have attempted to include a range of voices, any group of individuals could only begin to represent the many, many distinct experiences and perspectives of those working in Latinx and Latin American TYA.