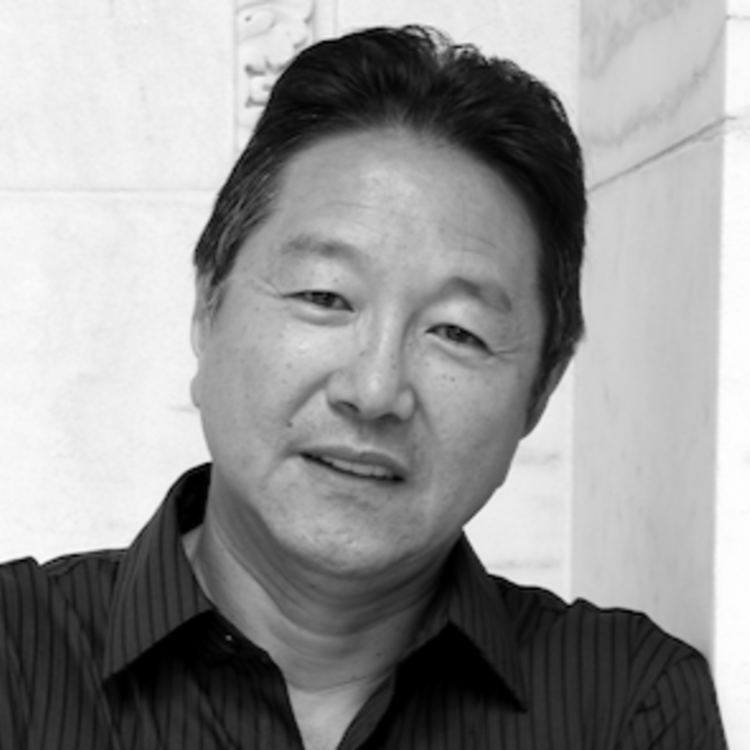 Laying the Foundations of Asian American Theater in Philadelphia

In 1992 I was one of the founders of Theater Mu in Minneapolis/St Paul and became the artistic director in 1993. It was a most unlikely place to start an Asian American theater company, but after twenty years or so it has become a solid small company with significant impact in that theater community. At the start there were a handful of local Asian American actors, all working individually, when we began to develop a community of emerging actors through the company with the result that twenty years later Mu has a resource pool of over sixty Asian American actors. And over the past ten years, a number of them have been working with other companies in the community. The company garnered critical acclaim for its work and was regularly recognized on the annual “best of" media lists. And in 2012, I received an Ivey Award (our local Tony’s) for Lifetime Achievement based upon the impact of Mu in that community. I left the company to pursue my freelance career in 2013.

Looking at that parallel history, I wondered whether the model we created at Mu could be replicated in Philadelphia. I proposed a project to generate development of and demand for Asian American theater in Philadelphia to Seth Rozin, the artistic director at InterAct, and Gayle Isa, the executive director at Asian Arts Initiative. They agreed and InterAct submitted a grant proposal to the Doris Duke Charitable Foundation for their program Building Demand for the Arts: Exploration Grants. Our grant was approved and I began planning work in January this year.

Of course the first step was to contact the Asian American actors in Philadelphia: Bi Ngo, Justin Jain and Makoto Hirano. All of them are known in the Philadelphia theater community and have worked in recent productions and area theaters. What interested me in meeting with them was that they were all very enthusiastic about a new Asian American theater group, and eager to help, though probably not in a position to take on the leadership of such a group.

At the same time, I began to check into other possible sources. Through both InterAct and Asian Arts Initiative, I was able to meet younger emerging Asian American theater artists and recent graduates from the various area colleges and the ball began rolling. Soon we were able to gather a list of over twenty such theater artists and I realized we had the beginning ingredients for the project.

We set up a play reading series called The Way Home, sponsored by InterAct and AAI. Seth, Gayle, and myself put out the word to our playwright contacts and looked at a number of scripts, of which we selected four for the reading series. With my residency set as one week a month from February through May, we decided to read one play a month.

We have read three plays so far. Tiger Style by Michael Lew, which is about two Chinese Americans who are fed up with the glass ceiling in America and travel to China; You For Me For You by Mia Chung which is about two sisters trying to escape from North Korea; and The Special Education of Miss Lorna Cambonga by Boni Alvarez, which is about a Filipina teacher who lands in the Los Angeles school district teaching special education. It is in development with InterAct Theatre. The reactions to the plays were extremely positive, generating a new kind of buzz in the local Asian American community. In May, there will be a reading of Cowboy Versus Samurai by Michael Golamco. The latter, a romantic comedy inspired by Edmond Rostand’s Cyrano De Bergerac, portrays a trio of Asian Americans in Breakneck, Wyoming. This play has been produced around the country with significant success.

I facilitated open workshops for emerging actors in February and March, and in April we had these actors perform at the family style open mic event at AAI. We put together a program of monologues and scenes from FOB by David Hwang, along with monologues from Hwang’s The Dance and The Railroad and RAW by Diana Son, and the song “Agony” from Sondheim’s Into The Woods. The participants were Steve Wei, Stephanie Walters, Daniel Pham, Kevin Wadee, and Kevin Nguyen. It is kind of amazing to see the future of Asian American theater in Philadelphia emerging through this project. And further down the line, in May, we are planning an actors’ boot camp workshop to be led by Bi Ngo, Justin Jain, and Makoto Hirano.

Of course, now that I realize there is a real resource of emerging Asian American theater artists, the key question is who will be the leaders and what shape will this emerging group take. In terms of leadership, I think that could emerge through the process of developing this group. In terms of the nature of the group, I am thinking of something collaborative. The term “collaborative” for me conjures up the idea of a loose group of artists with a shared Asian American identity and purpose, working together to produce a wide range of projects, from workshops, readings, and short performances to full productions. If this process is successful, I believe it would be possible that within a three to five year period, there could be a significant Asian American presence in the Philadelphia theater community and a real demand for their work.

In the midst of all of this activity has landed the controversy about the Lantern Theater’s production of Julius Caesar set in Rome, but influenced by medieval Japan and with all the trappings (kimono, shoji screens, taiko music and samurai style swords). With no Asian American actors cast in it, the production drew the attention of the Asian American community. Makoto Hirano posted an open letter on his Facebook page and an informal meeting with the artistic director, Charles McMahon, was held at AAI. A number of Asian American theater artists expressed their hurt and dismay at this production and McMahon was apologetic about the impact of his “mistakes” made in the course of putting up their production.  There was some thought about future plans to turn this incident into positive change, such as developing more opportunities for Asian American theater artists. About a week after that meeting, McMahon made a public statement in regard to the matter.  And the wave of awareness and ire caused by the incident has also generated energy for the development of Asian American artists.

Finally, one of the key short term goals of my residency is to assist in getting the local Asian American community to support and participate in the national ConFest (Conference and Festival) put on by CAATA, the Consortium of Asian American Theaters and Artists (October 8-12, Philadelphia).

This project I am involved in is a huge and ambitious undertaking and we have only begun the journey, but the prospects appear bright. Being an optimist, I think there’s real gold in this community. And if the success of Mu Performing Arts in Minneapolis/St Paul can be replicated in Philadelphia, then there is rich potential for the growth of Asian American theater in other cities around the country.

On May 19 at 5pm EDT there will be a meeting to provide more information about the ConFest at the Asian Arts Initiative.

Very interesting. I look forward to seeing more opportunities for Asian American actors and more Asian American theater. I wish I knew more about Asia. I know It covers a lot of territory -- numerous countries and peoples and a variety of cultures. Like many of my white American colleagues, I grew up woefully lacking in any real knowledge about the people in any countries other than the United States and some of Europe. Now, as an adult, I am finally starting to learn and to have friends with heritages from the Philippines, Korea, Japan, China, Vietnam, India. I more and more realize that racial categories are so inadequate when trying to describe people. On the one hand, having an Asian theater festival or a Black theater festival or a Jewish theater festival, etc. is all wonderful, and I am in favor of all that! I just hope that at some level we are also all able to celebrate the diversity of the human race and realize that as different as we may be, we are also all the same -- that each of us is unique and each of us fits within numerous boxes and can be differentiated in so many different ways and that we all also share numerous characteristics. Ambrose Bierce said "Reality is the world as toads see it." Not sure what Ambrose meant, but perhaps when toads look up at all of us, all the toad sees are humans and we all look the same to the toad.