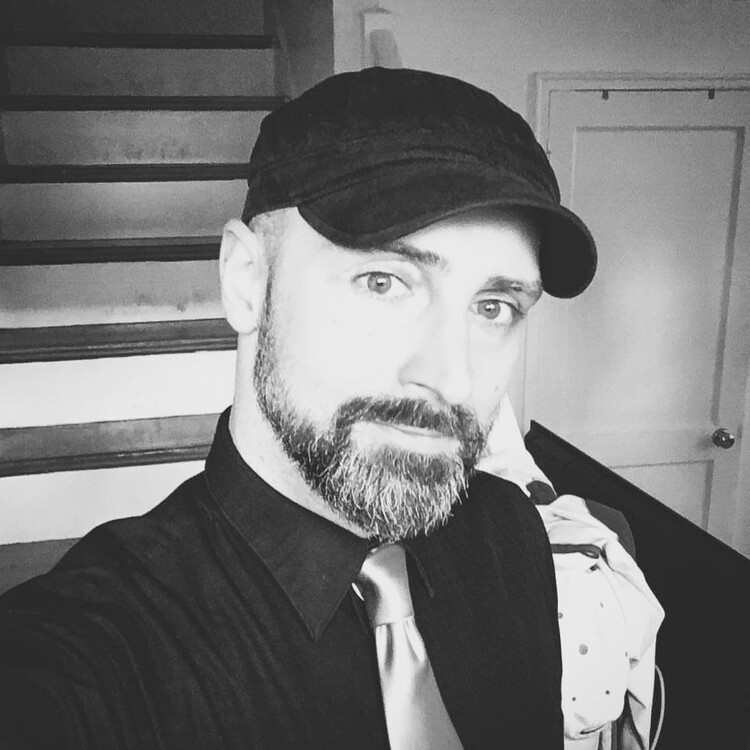 “We need to work on creating an environment where defensiveness doesn’t exist. This work is only faith-based. If the people working in the room don’t have faith or belief in it then there’s nothing there.”

These words come from one of the members of Double Edge Theatre, Jeremy Eaton, a woman who is holding eleven Contemporary Theater students at Boston Conservatory at Berklee enthralled as she speaks on a cool October afternoon.

“You are responsible for your training,” Jennifer Johnson, another member of Double Edge, chimes in. “That being said, I get a lot of help looking at my colleagues and wanting to step up and be like them.”

The students let go of simply trying to be individually creative—a largely ego-driven pursuit limited by their own imaginations—and embraced true innovation by exploring the idea of listening and reacting to the ideas around them.

The conversation is intimate and intense, with moments of passionate back-and-forth discussion. Some students write furiously, taking as many notes as possible. Others stare at Jeremy, Jennifer, and a third member of the ensemble, John Peitso.

Several of the students look to the ground. Another silence overtakes the group.

John offers his thoughts. “We’re striving for awareness. Awareness about group, rhythm, sound…within the group, but also asking, ‘What am I doing?’ in order to gain perspective about yourself.”

Their eyes all flash up from the ground, and there is a collective inhalation of breath that is part cleansing, and part a girding of loins.

Jennifer adds another thought. “Please consider this conversation and how these things begin to come together because this is our material. We don’t know, and it’s good not to know. Today’s work…your research. We’re going to find how they go together. This is our piece of marble.”

Finally, Jeremy offers the final thought that disperses the company: “We have to establish that the work matters.”

The four-hour class comes to a close, and the students complete another step on their initiation into a new way of working.

It’s only been ten minutes since these sophomores finished an exhausting training session, but I can see that my students are showing an immense amount of poise while performing a balancing act between the foundational and the innovative.

They go quickly from working with me in a scene study class—learning the tenets of realistic acting, giving full life to a playwright’s imaginary given circumstances—to working with these guest artists (and myself in a producing/facilitating role), building a performance piece from the ground-up. They’re working between studios in Boston and occasional sessions two hours away at Double Edge’s farm in Ashfield, Massachusetts. They’re giving shape to both an ensemble devised piece and their entire philosophical aesthetic as independent artists and as a group.

The Double Edge artists create intuitively in a series of highly physical open trainings, and it’s only after the work in these sessions, which are usually close to two hours of ceaseless physical endurance tests, when the young artists are asked to reflect. Further development of a piece begins with the forming of a question. Momentary encounters or fragments of full ensemble etudes experienced or observed by the trainees provide the source material for queries. A general one that seems to emerge is, “What possibility does that moment hold?” The way forward comes from forming more specific inquiries, continuing experimentation for possible answers, and finding connections to ongoing ensemble research.

Although the dichotomy between this way of working and their more traditional training seems incredibly stark at first glance, upon closer inspection the boundaries between them are much more porous, giving equal influence and inspiration back-and-forth. It’s a process of “mutual duality,” where forces seemingly at odds with one another feed each other and promote growth, not in spite of the culture clashes in the processes, but because of them. The students learn from the acting classes and devised work as one would from different lessons in the same text, and experience them as though they were two parts of the same epic poem.

By December of 2016 these Contemporary Theater students have stepped deeper into that environment and the chaos of these processes. They have seen, heard, and felt their own connections to risk. They have learned the value of their ideas from the creative reflection of their team between two processes, giving way to that most important first step in unlocking a creative person’s artistic potential: vulnerability. That vulnerability took the form of a culminating presentation titled Masquerade, a vaudeville-style exhibition where a semester’s worth of process was put on full display not only to themselves, but to instructors and peers in their community. This work-in-progress performance resembled something less like a formal classical orchestration, and more like an experimental performance piece akin to highly skilled jazz improvisation. The students let go of simply trying to be individually creative—a largely ego-driven pursuit limited by their own imaginations—and embraced true innovation by exploring the idea of listening and reacting to the ideas around them.

At the end of both performances of Masquerade, talkbacks were held with the community during which not one spectator left. All were curious to hear about the process from the emerging artists themselves. The Contemporary Theater students were quite eager to converse and gave living voice to specific inspirations, nuances in the process, and skills learned over the course of the project.

It’s in this informal “viva voce” when the benefits of such a collaboration, and the possibilities in replicating a design like it, become extraordinarily clear. This model for partnership between Boston Conservatory at Berklee and Double Edge Theatre can serve as an immediate educational purpose to students, but also as a primer to eager audiences hungering for emergent new forms. The whetted appetite promotes the academic discussion within the institutional community, but also spreads the word about the practices and performances of the professional company in residence.

The Contemporary Theater program at Boston Conservatory at Berklee seeks out such partnerships for these very reasons. Its mission is to give students the entrepreneurial and collaborative skills requisite in order to compose a career in the twenty-first century theatre, as well as the ability to engage in any and all projects and processes on a deeply thoughtful and actively experiential level. The foundational work of enacting a scene from a playwright’s imaginary given circumstance, or the milieu of developing an innovative work-in-process before a live audience, become handled with more confidence in equal measure.

These students looked into the chaos. They saw, heard, and felt the connections. They made themselves vulnerable to risk.

And in the words of Jeremy Eaton, they made the work matter.