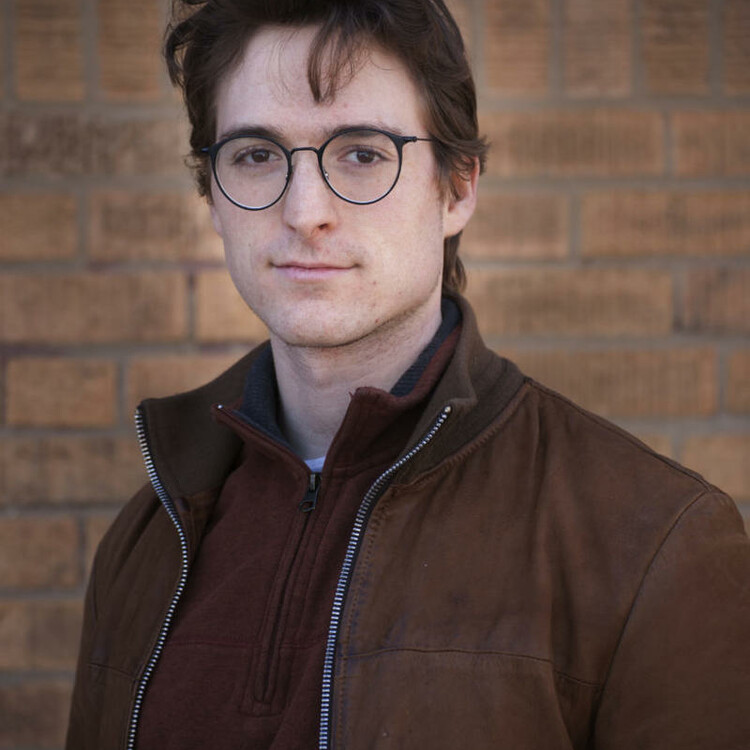 Preserving Passion in the Face of Rejection

Brent
Ervin-Eickhoff
In the prologue of his book Audition, Michael Shurtleff posits: “for every actor who gets hired for a part, fifty or a hundred or two hundred do not.” He claims that “an actor is forever getting rejected” and concludes that it’s incredible that actors persevere in the face of such overwhelmingly negative odds. Indeed, actors, as well as playwrights, directors, and designers all face rejection throughout their careers. Coping with rejection and remaining resolute in your artistic goals can be challenging; however, by understanding rejection, we can begin to positively impact our craft and preserve our passion.
Understanding Rejection: The Psychologists’ View
Rejection is a part of life, just as much as it is a part of theatre. In a world where so many of us must market ourselves and are personally invested in our work, rejection can sting even more. Geraldine Downey, PhD, whose research centers on rejection, explains in an article for the Journal of Personality and Social Psychology that rejection is synonymous with the feelings of not being wanted or valued. Especially in a community-driven medium such as theatre, these feelings of ostracization and denial can be detrimental to an artist’s outlook on the work. Despite theatre’s vast subjectivity, and the myriad reasons anyone may miss out on an opportunity, the person we blame the most in the face of rejection is our self. Guy Winch, PhD, a frequent blogger for Huffington Post, contends that in many cases, “we start with this high volume of negative self-talk and criticism that takes the rejection to another level.” Unfortunately, competition, criticism, and casting decisions will always be an element of making theatre.
In his book Emotional First Aid, Winch offers up several ways of understanding rejection. He claims that, as an emotion, rejection quickly clouds all reason and will even supersede logic in the most dire of circumstances. Winch details an experiment in which participants were randomly excluded from a computerized program and were unable to ease their pain, even when the scientists provided a host of reasons why each test subject had been excluded. The scientists explained that nobody had legitimately excluded participants, and the results were, in fact, rigged, but subjects were still upset and emotional for being rejected. Even when the scientists told a group that the group responsible for excluding them was comprised of members of the Ku Klux Klan, individuals were still hurt. Winch concludes “reason, logic, and common sense are usually ineffective when it comes to mitigating the pain we feel.” Clearly, rejection is a powerful emotion. These findings explain why even armed with the knowledge that a casting decision was completely subjective, an actor may still struggle to come to terms with the loss of a role.
Another element of rejection is the concept of “rejection sensitivity.” In a nutshell, this idea addresses an individual’s inclination to expect or overreact to rejection. While this principle primarily applies to social rejection, theatre is, in its essence, a social art form. From being “accepted” into the cast or production team, to finding your artistic home in a new city, or gaining favorable reviews from an audience or critics, theatre is arguably more communal than more individualized artistic practices. Rejection sensitivity can be particularly detrimental to actors expecting the worst from auditions. As Shurtleff explains in a later chapter in Audition, persistence and discipline may be the key factor in an actor’s success. He even goes so far as to explicitly state that an actor can fail because “they are victimized by their limitations and prejudices” or are “ruled by their negative side.” Both of these traits are inherent in someone with high rejection sensitivity and no positive outlet for tackling their mindset.
Understanding Rejection: The Artists’ View
One of the first places many of us confront rejection is in middle and high school. From cliques, to school dances, relationships, and spring play cast lists, the potential for rejection is at an all time high. When she discussed it with me, high school theatre teacher Carrie Reiberg said that rejection comes with the territory when casting a play. “I see rejection happen a lot when casting…it wouldn’t be realistic or honest of me to cast every actor every time they audition,” she says. She discusses that fairness is at the heart of her classroom, since if she doesn’t cast the best actor for the role at the time, “you are setting actors up to fail in the ‘real world’ when they try to make a living as working actors.” If the same actors get the leading roles throughout the formative years of their acting career, they may develop unhealthy expectations for what will happen post-graduation.
Emerging playwright Justin Pierce describes his relationship with rejection as “tricky.” He explains that the hardest thing to deal with in terms of rejection is never knowing why something wasn’t chosen. “In all cases, it means that I have a lot more work to do—which I definitely do—but I think it also means that sometimes when the right doors aren’t being opened for you, you’re maybe supposed to open them yourself.” Pierce describes self-producing as a way to open yourself up to a broader range of feedback and “checking in” with yourself and your process. Even with this strategy, he explains that there are still questions he turns over and over in his head following rejection, such as “Did the play not speak to them the way it speaks to me?” and “If things are hitting the professional and me so differently, then what’s wrong with me?”

It sometimes feels like rejection comes at all points: I don’t get picked to assist another director, we don’t get a big turnout at auditions, actors choose another offer over our project, critical response is poor, audience attendance is low. I’m constantly working to create reframing strategies that fit a wide variety and degree of rejections.

We shouldn’t fear rejection; we should accept its place in our lives and art.

Once More, Unto the Breach!
Understanding and embracing rejection can be challenging, but is necessary if we are to continue making art. Allowing for time to be upset and process the rejection seems to be a key component in coping, and can ultimately decrease our rejection sensitivity. Find a community of friends or artists with shoulders to cry on that are willing to listen to you vent, and do the same for them. We shouldn’t fear rejection; we should accept its place in our lives and art.
Art is personal. Rejection is personal. Is there a way to separate self from artmaking; self-worth from society? And, if we could separate our ego from the act of creating, would our work still approach universality in depicting the personal? Or would it depict something else? Would we stay motivated with nothing on the line, no skin in the game? Rejection sensitivity may be the root of sleepless nights, tearful train rides, and that nauseating feeling opening night as we count the scenes until curtain call, but could it also be the root of our demand for quality artistic experiences? Rejection, and the feelings associated with it, may remain entangled with the act of art for the rest of our lives. While we may find strategies for coping with rejection, we should never let our fear prevent us from daring to take risks. Rejection sensitivity shouldn’t rule our art, but it should have a place in our practice.

I read the book "Audition" and the author talked about the importance of humor both as a skill and a coping mechanism. Humor is a great tool for me to deal with rejection and keep a much better perspective on life and myself. I try not to take life too seriously because life does not take you too seriously. Humor helps me relax and gives me a ten-thousand foot view of the situation and kind of kick starts my imagination and exercises parts of my brain that usually remain dormant.

Interesting examination of an important topic.

For me, the most important aspect of handling this comes near the end when you speak of developing a community of artists.

I think the biggest issue with theatre artists is the lack of ensembles committed to a vision and to each other. If you have that, you can almost eliminate the rejection you are talking about and get right to work.

Most actors and writers and directors are interested in being Marlon Brando, Tony Kushner and Julie Taymor...not actually in being themselves as artists working with who they could best work with.

People should find their community and commit to stabilizing and sustaining that. In fact, what's funny is that doing that is generally what gets most people to being most like their idols, because as you survive over time, you build on your community, your community crosses into others, and opportunities arise for individuals.

Thanks for your thoughts, Brad!

Yes, it's tricky to find one's artistic community. Oftentimes, we aspire to be a part of the stalwart companies that exemplify a city's theatre scene and end up overlooking smaller, up-and-coming groups who would be more likely to embrace our contributions. If working IN the theatre is what is important--as opposed to working AT a (specific) theatre--perhaps reassessing our goals is the first step in recognizing the opportunities that WE are overlooking.

I think the impulse to seek out the companies that one admires is a good way to find the artists with whom you might create a new company.

That, for instance, is how The Open Theatre grew out of The Living Theatre, after Joe worked with Judith and Julian for many years.

One thing is for certain, there is not a shortage of new theatre companies that are created without very solid footing, and there are no shortage of artists pursuing their own self interests without the focus needed in the community, only trying to climb ladders...most of whom succumb to the rejection psychology you eloquently map out.

The opposite end of the spectrum of emotionality, support and acceptance, can be found best in ensemble and company work. We can look across the pond to Europe as a shining example of that, especially Germany, where their focus on ensemble work is the theatre world's contribution to a very strong national culture.

I've written two blog posts on this topic from a playwright's perspective. I don't think there are coping skills as much as reframing the entire experience. You've made some excellent points.

Thank you for sharing more perspective from a playwright's point of view, Donna! I love the idea of enumerating a list of things your artistic practice has brought you. Some things on my list are far more vital to my well-being as an artist and human being than a credit at a national theatre could ever bring me.

Precisely! These posts actually led to an entire year of #365gratefulplaywright posts! I like to reread those when I get discouraged.