This article is adapted from a keynote address I delivered at the Kennedy Center American College Theatre Festival (KCACTF) Region One on 29 January 2019.

KCACTF is an organization that has meant so much to me, for so many years. As a national network of colleges that showcases an astronomical amount of theatre created on American college campuses, KCACTF can easily, easily be mistaken as only a place where work goes to be seen. But it has been during my years and years associated with the organization, that I have come to appreciate KCACTF as a place where we can also come to see.

Really see. Not just be seen.

We are moved to action on behalf of that other person, because we have seen them.

Maybe we like them. Maybe we don’t. But we now know them to be human.

We understand how complex, how terrible, how wonderful, how joy-filled, how exquisite, that existence can be; and that, perhaps, our time on this planet should not be made more difficult by the time we spend living on it together.

Theatre can be a helpful tool for seeing other people. My mother took me to see lots of theatre—lots of children’s theatre—but I saw my first professional full length show when I was twelve, and it was August Wilson’s Joe Turner’s Come and Gone at the Huntington Theatre Company in Boston, MA for a field trip.

I repeat: My first professional full length show was when I was twelve and it was August Wilson’s Joe Turner’s Come and Gone. This. Was. Amazing: Black people telling these stories on their own terms—okay, Mr. August Wilson’s terms. But it was the first time I had ever seen a story about black people that was not a musical and I was transfixed.

And I knew I wanted to be able to do what August Wilson did. I wanted to create stories for black people where we were not on the peripheries but in focus.

But I had no idea how.

I know one reason, aside from it being a wonderful play, our seventh grade teachers brought us to the theatre was to see this work by a black writer; to be able to show us this work could be done.

So I kept my ambition to myself. It was much easier to tell people I wanted to be a doctor (I entered college as pre-med), than allow anyone to see the real parts of me that were hungry for this creative life that was unusual and risky and provocative to the people of suburban Arlington, MA.

"It’s okay to write about you.” Seen. It was one of the most affirming things; one of the things that has most changed my artistic trajectory in my life.

Thanks to some inspiring teachers in high school and college, though, I ended up in playwrighting workshops at Wesleyan and on to the Playwright’s Workshop at Iowa.

Since Iowa is in the middle of the corn, basically, the MFA Writing program at that time brought in a lot of guest artists for its students to work with, and that first year it brought in Oscar Eustis, who is now the Artistic Director at the Public Theater. Oscar read all of our plays and then had one-on-one meetings with us.

I’d given him a play that had gotten me a lot of attention—it had gotten me into grad school, won some awards—and Oscar, during our one-on-one, said, this is a good play.

“And what do your parents do?”

“Um. My mom’s a social worker and my dad was a lawyer?”

“These characters. This play sounds like you’re not from there. It’s okay to write about you.”

It was one of the most affirming things; one of the things that has most changed my artistic trajectory in my life. 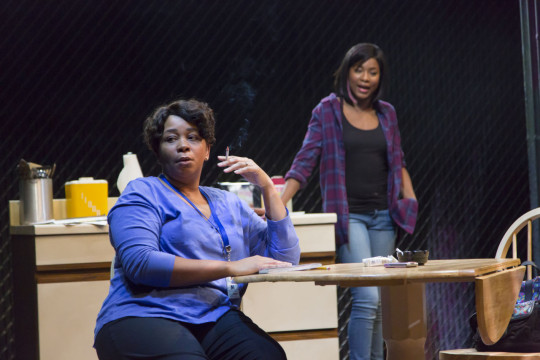 That, and, around the same time, reading Suzan-Lori Parks’ The America Play and the essays that accompany it where she posits that just having black bodies on stage is in itself a political act.

I realized that to want to do what Wilson does; I did not have make myself in his image, and that to create plays for actors to see themselves I did not need to go outside of myself.

My form began to change.

My use of language began to change.

And I began to be able to use Iowa as a place to try and to fail and to try again.

This is a gift we give ourselves as creative people: try and fail and try again. Forgive when all goes wrong. Celebrate when the lights shine bright.

My “career” has come from many instances of the people I sent all those queries to saying I see, and yes. And committing to craft when I get letters from people like that agent whose words I still hear in my head.

So what I am saying is, it is important to find your people. Not the yes people. The people who see you and support you.

And it is also important, very important, to open yourself to see. The power to make work that can change our world, does not rest solely in others’ hands. You hold that power. You. Each of you.

One cannot place human truths on stage if one does not value humanity in one's neighbors.

One of the opportunities I received from sending work out was a development opportunity at this very large, very fancy regional theatre, and it invited me to work on the play it commissioned from me and I had been out of school for a few years and during the weeklong festival where my play was being presented, I met a fellow writer who had just graduated from Iowa.

“Hi, hi,” she said, during a meet and greet event. She seemed so excited.

Years later, when we met again at a function. “Hi,” she said.

I looked at her blankly.

“That was one of the most damaging moments ever,” she said. 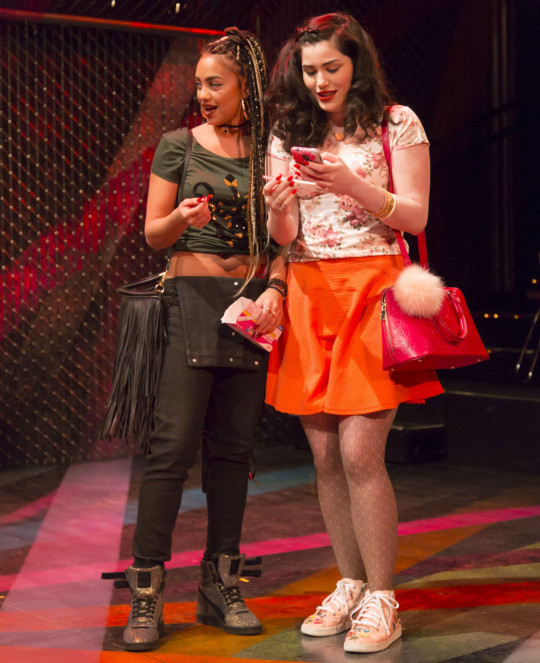 But it stuck with me. I had not taken the time to take her in.

I did not like to think of myself this way. I have been given so much, I do not like think I am unable to give when asked.

It took me years to really examine this interaction. Because really, I was examining my relationship to my career, and to myself as an artist. It is easy, in our line of work, to think of each experience as a stepping stone. What’s next, who’s next? Next, next, next.

Theatre as an industry devours in this way, and it is dehumanizing. It is demoralizing. It often makes me want to go sell real estate instead, where this behavior is expected and the boundaries clear.

For how I was often—sometimes—no, often—treating people at I was coming into contact with, was as stepping stones in my own personal industry.

Who are you to ME?

Rather than stopping, and being able to say: hello. It’s nice to meet you. Even if only for a moment.

Hello. How are you. Nice to see you.

For while I do believe the theatre we create has the power to change the world—I really do believe that—I also believe how we practice our craft absolutely positively also matters just as much.

One cannot place human truths on stage if one does not value humanity in one's neighbors.

Who you are in the audition room, in the rehearsal studio, in the classroom, in the sound booth, in the writer’s room, at the tech table, in the director’s chair, in the box office, in the boardroom, in the green room: it all matters.

Both the world and the theatre need much more of that.