Recommended
Devising Our Future
HowlRound Theatre Commons
Most Discussed
Instead of a Vision: Listening and Dialogue as the Work of a Theatre Director
Charlie Peters
Most Watched
The People’s Tribunal on Crimes of Aggression: Afghanistan Sessions
Thursday 9 September to Saturday 11 September 2021
Upcoming
Livestreaming Panel: What Does Anti-racist Producing Look Like?
Thursday 23 September 2021
Essay by
M.M.
Kagan
Submitting Like a Man

This is the twelfth installment of the blog series Submitting Like A Man (SLAM), created by writer Mya Kagan. The project examines what happens when Mya resubmits scripts to previously rejected opportunities, this time using a man’s name. For more on SLAM, check out submittinglikeaman.com or follow @theSLAMblog.

In the weeks since the election, I've found myself struggling, like many of us, to go back to business as usual. In the face of the heightened number of hate crimes, the president-elect’s conflicts of interest and corruption (ahem, crookedness?), the bold resurgence of white supremacy, and so much else, how can I go back to tweeting about gender bias in the entertainment industry? I'm not saying it's lost all importance, but it certainly feels like it's lost its urgency.

At the same time, though, I also feel like fighting for equality for women, minorities, LGBT people, immigrants—these things are more important than ever, because the rights and sheer humanness of these groups is being questioned and threatened in a more profound and public way.

What better way to ensure that the future is female than to ask women writers to create it?

And that’s why today, I am launching a new project, a spinoff of the work I am doing with SLAM (which will continue onwards itself, too), in which I hope to further the voice and visibility of women from all backgrounds in a new way. Until now, Submitting Like A Man has been a project that aims to create change through awareness. It is, as I’ve said many times, a “lens” for examining an experience, and I have truly cherished the discussions it’s inspired and the support it’s received. Now, with the changed circumstances in the world around us, I feel that it’s time to have a branch of the project that is more actionable; something that doesn’t just “evaluate” women’s role in theatre, but which actually champions it, advancing our perception of women theatre artists and of women themselves.

Welcome to The Future Is Female Festival.

You may know the history of the saying “the future is female” (full disclosure, I had to look it up), which has recently resurfaced and evolved, with many women recontextualizing it and bringing to it their own modern interpretation. My personal one is that it's a way of saying the future contains better opportunities for women. It was a saying that, for obvious reasons, took on significance during the election (on the day I volunteered at Hillary Clinton’s Brooklyn headquarters, at least three women were wearing the shirt). And among the many crushing things about the election results, the sentiment of this phrase—that the future holds greater, brighter, more equal opportunities for women of all backgrounds—felt like one of the things we had truly lost. 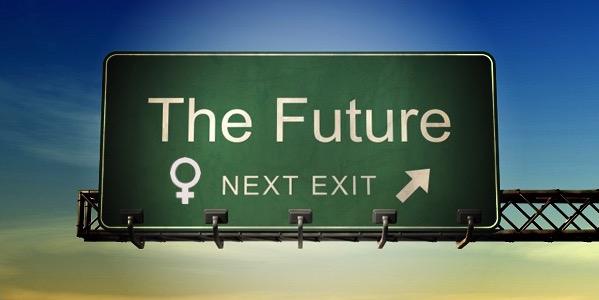 But that loss is one that I am not willing to accept, and I am ready more than ever to envision a future that is female. And I want to see and hear how other women envision it too, and to amplify those messages. I am inviting individuals and theatre companies across the US to host productions or readings this March of ten-minute plays written by women of all backgrounds on the subject of “The Future Is Female.” What better way to ensure that the future is female than to ask women writers to create it? And in an industry dominated by men, what better way to help them achieve it than by giving them this experience, which will hopefully lead to new connections, new visibility, new audience members eager to see their work again?

The whole undertaking will fall under an umbrella that I’m spearheading, so that numerous theatres and theatre companies across the country can simultaneously participate in this one unified endeavor about the future of women. By all participating as individual groups within a joint venture, our voices are magnified, much like the amplify concept famously used by the women in the Obama administration to support and further each other.

In this case, we will amplify each other’s shows and the messages about our future contained within them. One of the struggles I’ve experienced following the unexpected results of this election is how to use creativity and art to create change. Art, of course, has always been a vehicle for change and progress. But sometimes, when you're dealing with low-budget theatre that is only seen and heard by fellow artists in your deeply blue liberal city, it feels a little like screaming into an echo chamber. And so it’s my hope that by joining together in this project, we’ll have a larger impact. Strength in numbers—or, you might say, Stronger Together. Individually we may still end up echoing, but with enough participants reverberating the sound, the volume will be heard.

There are a lot of details still to be worked out, and some details I've already started working on. If you want to read more, check out TheFutureIsFemaleFestival.com, and if you want to get involved as either an individual or an organization, I’ve made a quick Google Form for you to sign up. One of my major goals is for the festival to have a presence in as many places as possible, so don’t be shy—I’m going to need help from everyone. As the creator of this project, I am also looking to produce a “flagship” production here in New York, so if your theatre company wants to partner or you want to be involved in that, fill out the Google Form. Lastly, I’m hoping this can function as part-fundraiser for causes related to women and equality, with each outpost of the festival donating a portion of their proceeds or asking audience members for small donations at the show.

As you can see, there is much work to be done, and I hope you will join me in giving visibility and voice to women from all backgrounds, so that this March, instead of celebrating women’s history, we can celebrate women’s futures.

Announcements
Gender
New Play Development
Playwriting
U.S. by State
Most Discussed
Instead of a Vision: Listening and Dialogue as the Work of a Theatre Director
Charlie Peters
Most Watched
The People’s Tribunal on Crimes of Aggression: Afghanistan Sessions
Thursday 9 September to Saturday 11 September 2021
Upcoming
Livestreaming Panel: What Does Anti-racist Producing Look Like?
Thursday 23 September 2021