Max Gets Mail (The First Response Is In)

This is the third installment of the blog series Submitting Like A Man (SLAM), created by writer Mya Kagan. The project examines what happens when Mya resubmits scripts to previously rejected opportunities, this time using a man’s name. For more on SLAM, check out submittinglikeaman.com or follow @theSLAMblog or @Mya_Mya.

When people first find out about Submitting Like A Man, their reaction is almost always an expression of excitement, quickly followed by, “I can’t wait for your results!” Ah, yes, results. “Have you heard back from any of the submissions yet?? Will you tell us when you have? Do you think they’re going to be depressing?” Well, wait no longer. The first response is in, and I’ll tell you what it is, just as soon as you read the other things I want to say first.

First and foremost, let me take this opportunity to remind you that I know this project is totally, completely non-scientific. You will notice I use the word “project” instead of “experiment,” and that’s intentional. I consider SLAM to be art, not science; it’s a lens I’m using to examine an experience, not a set of quantifiable data coming out of a controlled environment.

Bearing that disclaimer in mind, there are several “interpretations” that can be made based on the responses Max gets to his submissions over the course of the coming months.

If Max is marginally more successful than me, then it’s my opinion that there isn’t a lot to glean. Since this is so non-scientific, I feel it’s safe to assume that a small disparity is just random chance. A friend of mine disagrees with this reasoning, and believes any discrepancy between Max and I is significant, since it'll mean someone said yes to him even though they passed on me. I think there are too many other factors at play to make anything of it in that situation.

In my opinion, if Max were to be clearly, distinctly more successful than me, it would indicate this business needs to take a long, hard look at itself. Maybe there would be viral outrage (#DownWithMax), and maybe things would change for the better. For example, perhaps we’d create an industry standard requiring blind submissions, as many people have been advocating for years, and which famously worked wonders for orchestra musicians. That kind of progress would be great, although since we’ve been calling for change in theatre, TV, and film for a long time and not much has happened, it may be too optimistic.

What I think would actually be the worst about this outcome—Max being wildly more successful than I—would be the unavoidable feeling for me (and by extension many others too, I imagine) that I have seemingly been discriminated against. It will imply I’ve lost years of experience and opportunity that could have furthered my career, and it will be hard not to feel angry and cheated.

The final scenario, of course, is that Max may end up being equally or less successful than I have been. If Max is no more successful than I, it could be interpreted as a sign that I don’t need to worry my rejections ever necessarily had anything to do with my gender. But this outcome has a catch, because it means SLAM isn’t showing a gender bias—my writing just isn’t good enough.

You may think I hate the idea of that outcome, but it’s actually not something that would bother me; I am already accustomed to how tough it is to make it as a writer, and I’d happily accept that my writing isn’t good enough if it means I can confidently feel I’ve been treated fairly. If Max’s success rate is on par with my own, I can proceed with my life as a writer feeling that my gender is respected and equal, at least in the scope of this project.

So, are you ready to hear what happened with Max’s first response? 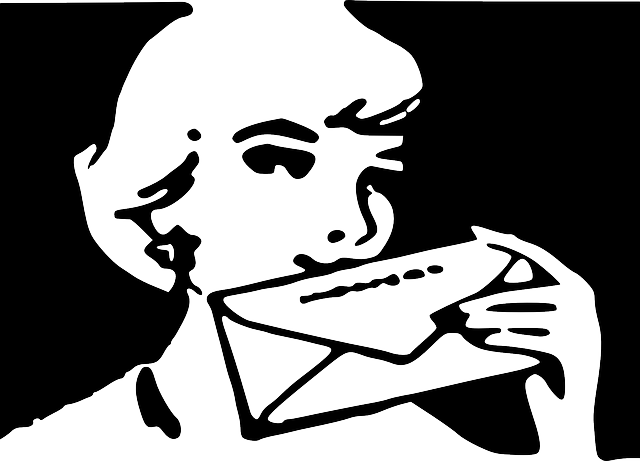 You’re probably not sure if you should “yay” or “boo.” In a way, although I would’ve loved an acceptance for the program that rejected him, it’s kind of the best rejection I’ve ever gotten, because it was a win for fairness.

Beyond this actual response and its happy/sad duality, what I think speaks volumes more is not the outcome itself, but the conversation growing around it. As I've spoken about in Thank You for Not Being Trolls, I have been so pleasantly surprised at how well SLAM has been received. Aside from a few dissenters who aren’t on board with the project because it's not scientific enough, the comments and messages I’ve received from men and women alike indicate that we, on the whole, are eager to follow this journey because we more or less expect Max to get different responses than I did. It's almost shocking—we live in a world where it's normal, perhaps even obvious, to think there would be a difference in acceptance of the exact same piece of writing when it has a male versus female name.

We should live in and strive for a world where this project would be pointless. But from the feedback I've gotten, we don't think it's pointless. Even the dissenters agree there's a point to be made. To me, it’s this conversation, and the cognizance of and agreement about this subject, that says more than any actual results ever could.

As a sophomore in college working on my Theatre BA my favorite part about this article is how eye opening it is. First, I have discovered that I am lucky, due to the fact I have yet to experience any gender bias in my theatre career to my knowledge. I attend Arizona State and I feel comfortable saying that I have an equal amount of very successful and reliable faculty of both genders—this environment has trickled down into the student community and I feel as though I am an equal with all my peers. Second, I have discovered that I have to be very aware of the differences I may encounter as I leave college and enter the professional world. I am glad to see that your first response seems to reflect an equal playing field, and I hope this continues as you get more responses for your project!

THANK YOU MAYA, THANK YOU TOM CAVANAUGH.
Strange world we live in... how can we change it?

This article... I have been trolling... and I've been following closely.... and it's enough to make me come back on this site that pissed me off with it's Jubilee Movement...so much that I walked away... but when I got a notification in my email that had this article on top when it started... it brought me back to this site!

I have been on both sides of the desk! I've been a playwright since the 90's and I've been a reader in Lit Departments in theatres in NY & NJ (A job I ended up hating because I thought the majority of plays sent in were bad and the good ones never stood a chance because of the in house office politics of producing in a theatre co!)

YES... the numbers read that there are more white men than anyone producing shows... and that it's THEIR TASTE that dictates what gets put on stage... but... when it comes to cold submissions and sending in a script to programs for development... UNLESS LIGHTING STRIKES AND YOU GET CHOSEN... it doesn't matter what color, gender or sexual orientation you are!!!

The real bad guy in all this isn't one sex or race... it's this archaic system of script reading where 95% of the time your script is being read by some intern 19-23 years old that just got out of college and has the attention span of peanut. Then if it beats that reader... goes on through a battery of readers, some who will give their score numbers based on their opinions which are really dictated by their moods... so if they spilt their coffee on their lap just before reading your Pulitzer Prize winning script.... your Pulitzer most likely will get tossed on the PASS pile...it's a silly system and it's all subjective!!!

Thanks for doing this MYA.... Submitting for one is a pain...I can't imagine what submitting for 2 is like!!!