I Ain’t Afraid of No Female Protagonists

This is the tenth installment of the blog series Submitting Like A Man (SLAM), created by writer Mya Kagan. The project examines what happens when Mya resubmits scripts to previously rejected opportunities, this time using a man’s name. For more on SLAM, check out submittinglikeaman.com or follow @theSLAMblog or @Mya_Mya.

This summer marked the end of my first year of resubmitting previously-rejected scripts under my male pseudonym, “Max.” Don’t worry, I am not closing up shop; I am still waiting to hear back from about half the submissions, and just in the past week, as this installment was being finalized, got two new exciting-slash-depressing responses to Max’s resubmitted work. (More on that next time.) Given how much I feel is still going on, I am planning to go into Year Two by doing a SLAM spin-off/continuation, in which I submit new work as Max (more on that another time, too). For today, I want to focus on an aspect of what made me decide this project needed to continue; specifically some experiences from my summer which reinforced to me more than ever that we need to pay immediate attention to the dearth of women writers being given opportunity to succeed, and the total lack of women's stories that we're telling.

Why do think there is such a disparity in the production of plays by female writers compared to male playwrights? Because we’re used to our dramas revolving around male storylines and climaxes.—Calamity West

Anyone who follows me on social media knows I felt strongly about this summer’s release of the new Ghostbusters reboot. I know, that was so three months ago, and pop culture has already moved on to Pokemon Go and Stranger Thingsˆ and Taco Trucks on Every Corner, but I haven’t. I am a huge fan of the original movies (yes, both), not as much from childhood as from college, when they became favorites to watch with friends and roommates. We were living in New York City, and there was a kinship to the local places, jokes, and culture of the movies. So if I had an attachment to the movies because they represented my city (a city which is featured in no lack of stories, at that), you can only imagine how excited I was to see a reboot that would represent my gender.

You might even have the same reflex as me (and, as I later learned, many others), which is to cry tears of happiness while watching the movie, particularly notable in my case because I have only cried one other time in a movie in my life, during the sad part of My Dog Skip. And I’m not saying this movie was perfect, but it let us watch women be smart and funny and significant—and that’s important.

And if there’s one thing I’ve learned this summer, it’s that we desperately, direly need more stories like this—stories that show women as more than sex objects, more than romantic interests, more than airheads, more than nameless forgotten supporting roles. Women whose character could not be simply replaced by a sexy lamp. 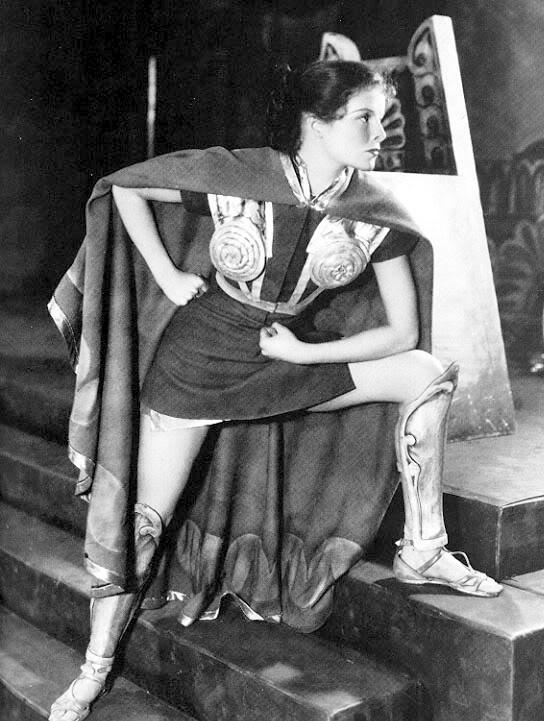 This summer, I taught three classes in which students ages seven to fifteen were asked to create their own original stories and characters for a short play or short movie. I worked with about fifty total students, of whom roughly thirty-five were female and fifteen male. Between them they pitched about forty different story and/or character ideas. And of those forty pitches, only about five of them were pitched about female characters. Only about five.

Student: “I have an idea for a story about a kid who travels through time using a magical backpack.”

Me: “Awesome! What happens?”

Student: “He becomes best friends with a dinosaur.”

Do you see what happened there? The story went from being about “a time-traveling kid”—a character who could be anyone—to being about “he.” Regardless of whether the student was a boy or a girl, the story would start out being about “a kid,” or “a doctor,” or “a famous music artist” and would inevitably end up being about “him.”

There is nothing wrong with having stories about male protagonists. But women are 51 percent of the population, and these classes were 70 percent female. So doesn't it seem odd that only about 12 percent of the story ideas would be about girls?

Even when a co-teacher or I would model back the story idea by saying “okay, so your idea is about a kid who time travels, and then she or he befriends a dinosaur,” the student would nearly always revert back to “he.”

In one class, quite literally nobody was designing female characters and I had to go around the room and make a deliberate point of reminding the students that their characters could be girls. “Oh, I didn't think of that,” they’d say. Or, in a moment of true heartbreak, “But I want my character to be funny.”

When over 70 percent of the programming you see portrays male characters as the leads, showing them as the important ones, the ones with authority and humor and brains and stories worthwhile of being made, why wouldn't you want your character to be the same?

So we need to keep going. Because our youngsters, our storytellers of tomorrow, are not learning that women's stories deserve equal attention and time and praise and worthiness and authority. It’s not reflected by the stories in their books and on their TVs, and as such, we are positioning yet another generation to overlook countless amazing stories inside them, about “a goofy detective” or “a brilliant scientist” or “a catfish astronaut” who is female. And that's why I'm continuing this project, spinning it off into another phase, so we can keep the conversation going and hope that every little bit counts.

I actually found it quite shocking, the disproportionate amountof kids who pitched a story surrounding a male protagonist. I’m not delusional,nor am I in denial about the fact that, despite all the progress we’ve made, wecontinue to live in a very much male-dominated society. Of course I know thatbooks, films, shows, and stage productions favor male protagonists, but I supposeI always figured that that didn’t mean stories with female protagonists weren’tconstantly being pitched; they were just being rejected. But if kids arepitching predominantly male-driven stories, then I suppose that settles thatdebate. It’s quite awful, this snare we’ve created that limits possibilitiesfor even fictional female characters, to the point that kids don’t evenconsider deliberating who to write about; they go straight to the obviousanswer: males. It hurts, because pride in my femininity is something I’vestruggled with in the past and have finally found sure footing on, and to sofrequently see the mass just completely ignore us sucks. A lot.I’ve always gotten along with males much better than with females,in any and all ways. I just click with them in a way I so rarely click withfemales. But when I’m off in my fantasy world (which, if I’m being honest, istoo often), filled with my own characters and set in my own world that I’llprobably never publish in any capacity, the protagonist is almost alwaysfemale. Not that this is much to look into; I like creating interestingcharacters who will be able to do anything they wish to do, regardless of theirsex (except for some physiological limitations, of course); they’d have to beable to accomplish what they need to do whether they’re one or the other, orboth or neither. I have never done something just because I’m female, or notdone something just because I’m not male. I don’t let such a thing make mydecisions for me. But damn if it wouldn’t be nice to see some consistentrepresentation of 50% of Earth’s population. Or 51%, as Mya states. We’re themajority, except when we’re not.

I want to say that I respect your opinion but I do have a couple of things I would like to say. First I would note that while it may be a smaller number currently, the amount of movies with female leads has been increasing steadily over time. Many very popular movies have at least one female lead if not more. And history shows that all audiences prefer for a female lead in movies. Out of the 5 top grossing films of all time 4 have a prominent female lead, and 3 have at least as many female leads as male. It’s in a studios interest to appeal to as many people as possible, so they wouldn’t leave out a sizable chunk of the population or do something they thought would cause them to be offended. It would just be bad business. My second point is that even in movies with lower numbers of female characters than male, the female characters tend to get more character and development. If you have five characters in a group and 4 of them are similar a lot of the time that fifth character will get more development. In star wars while Luke may be the main character of the story he is kind of treated as a blank canvas for the audience, while princess Leia has a myriad of traits that define her and make her stand out as one of the most developed characters in that whole movie. Even in episode 6 with the classic slave outfit she manages to free herself and kill her captor when given the slightest distraction. My point here is that I think there are a lot more female leads in films than you want to give movies credit for, and even if you think that the number is still to small the ones we have are amazing. So in that context it may be a matter of quality of quantity. Staying in the context of star wars I would take Ahsoka over Anakin almost any day.

I taught playwriting in the theatre program of a high school of the arts for 13 years and I'd begin their second year by asking the students what their favorite movies/stories were. We'd list them on the board, then we'd go through the list, looking at who the heroes of these stories were. My student groups were usually more female than male and were usually close to 50% non-white, but every year the heroes of their favorite stories were white males. Once they saw that pattern, I had the males in the room stand up so the students could see that fewer than 50% of the actors available to do their plays were male; if they wrote a lot of male parts, the females wouldn't have roles to act. That was often a realization for the students. From there we began working through prompts challenging the students to write female and non-white stories -- not just non-white and female characters or heroes. For example, Mulan is a wonderful hero but she's in a story that usually requires masses of males. The students found it a very hard and very interesting challenge.

This is great, thanks for sharing. It's wonderful you were able to really dig into the subject with your students, and it sounds like they found it really beneficial and eye-opening. I am always challenged as a teaching artist with having enough time to do deep work on a subject; most of my classes meet just once a week for an hour or so. But starting the discussion wherever we can, however we can makes such a difference. Thanks for sharing!

Terrific insight. Thanks for writing about this. I had though things were changing. Vanda

Some things are changing, many are not. Progress comes in fits and starts. I'm glad you found the article to be insightful. Onwards!