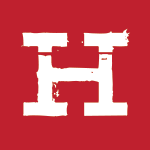 In 2012, HowlRound began featuring regular series on the blog covering everything from parenting and playwriting, to the Olympics, to the psychology of the audience, to theatre advice. Here, we take a moment to thank the contributors, and offer you a glimpse into each series. If one strikes your fancy, find the series in full here.

The show was at 10:00pm and it was sold out. This version, in Romanian, seemed to focus more on bureaucracy, whereas the Spanish, Mexican, and Berlin presentations focused more on unemployment... Dan and Lau were masterful. I think Florin really gave them confidence through his direction. They controlled the audience—allowing laughter at all the right moments and seriousness where and when it needed to be. I was crying at certain points, and I don’t speak Romanian but I know what’s going to happen. It was funny when it should be funny, and then gripping and moving—a highlight of my life that I will never forget.

Once Fornicated began it was incredibly easy to assume that everyone around you could be an actor. The action happened at various stations amongst the audience, which encouraged me to explore the space and discover what might be happening throughout. In fact, I accidentally stepped into a club employee intervention thinking it might be part of the show—an Easter egg if you will. I was later told with choice words to leave—some very exciting theatre indeed.

We need artists who are brave enough to ask that question that many of us are scared of: In a field in which we are told to believe that we ultimately cannot expect to control what brings success, how much does raw ability factor in? And what about (to use your word) gentlemanliness? And if those things don’t amount for much, then why nurture them at all? We must constantly challenge the structures that determine professional advancement.

Civic Practice is activity where an artist employs the assets of his/her craft in response to the needs of non-arts partners as determined through ongoing relationship-based dialogue. The impulse of what to make comes out of the relationship, not an artist-driven proposal. I don’t think Civic Practice and Social Practice are the same thing. The term Civic Practice aims to help establish an area of artistic practice framed by markers having to do with intention and process.

—Michael Rohd, Translations: The Distinction between Social & Civic Practice and Why I Find it Useful

The ReOrient Festival was slated to open in October 2001. Many other Middle Eastern cultural events chose to cancel. We held a meeting of artists and Board of Trustees (we had incorporated by then) and the majority elected to move forward. Two actors stepped down; one because he feared harassment; the other because she had lost someone in the towers. And so we rallied the theatre community of the Bay Area and they came in strong to support the festival. It was one of our best years. Ironically, the poster image for the festival that year was a dagger stabbing a rose. Looking back, that image symbolizes our loss of innocence that year, as a nation and as a theatre company.

The week went pretty well…Our babysitter was fabulous; I got my work done; Lizzie saw the ocean and Disneyland; hopefully, we didn’t inconvenience my collaborators too much. All things considered, I’d say the trip was a success. Except for one thing. Lizzie didn’t poop for the first week. Not once. Not even a little. And so I began plying her with prune juice, high-fiber crackers, and yes, laxatives. I suppose when an adult takes a laxative, she listens to her body and reacts accordingly, keeping a toilet in sight. The same cannot be said for children, or at least, my child, who when it came time to release a week’s worth of waste did so all over the hotel’s white bedspread, all over the carpet, leaving a muddy trail all the way to the bathroom, where it kept coming in currents of ripe sludge, until I stuck her in the bathtub. I suppose it could have been worse. She could have exploded at Disneyland or the theatre.

So, I’ve been trying to learn about rules and strategy in sports. And, I wish we could talk about that. But every time it seems you are about to bring it up, it becomes all about fuzzy, dreamy shots with athletes staring straight into the camera like they’re photographs, but they’re really just trying to stand really still and look fierce, and you spew adjectives and more incomplete sentences than I do, and intense music is playing under them, and I just can’t take it anymore. I’m done.

From a distressed Ohio couple pinning their hopes on a casino in Eric Pfeffinger’s Deal, through a true Florida character’s dreams of a better wheelchair in Rob Winn Anderson’s Chair-ity, and the dreaded/celebrated arrival of a massive chain store in Hawaii in Kay Poiro’s Prime Target, and finally onto the impact of immigration policy on the daily reality of Arizonians in Tiffany Antone’s Following the Rules, these four playwrights have taken us where they are and shown us what’s happening there now with humor, heart, and intelligence.

What kind of material can I expect children to produce? How far can I push them to dig deeper? I tend to write the kinds of plays that leave audiences feeling “shell-shocked,” so it is a goal of mine to teach these girls how to find the real humanity of a piece. I wanted to help them reach into their hearts and delicately splatter their innermost thoughts throughout a play. Of course, most preteens have difficulty admitting that they have actual feelings at all. Thus began the journey of creating a balance between guiding them forward and letting them lean back.

—Allison Bodnar Jaros, The Next Generation of Theatre: Part 2 of 3