This week, the HowlRound editors are sharing the most-read and most-commented on pieces from our sections, as well as the articles that have stuck with us the most. Here, Adewunmi writes about the blog posts that received the most comments. Check out the Essay, New Crit, and most-shared Blogs.

Facing Facts: Artists Have to be Entrepreneurs by Seth Lepore

“I asked people who were currently in school or who had just graduated whether they were learning anything about the business side of the performing arts. All I heard was a resounding no. I developed a pitch for the course and started contacting various service organizations that helped artists, as well as performing arts programs at colleges, and started to gain some traction. What stood out were the people who saw the inherent value in making this information available to current students and working artists, and those who didn’t.

We need to embrace our entrepreneurial mindset and understand how transferable our skills can be in our chosen field and through other means of livelihood. Educational institutions need to get on board by offering semester and year-long courses on the business of being a professional working artist.”

Seth Lepore touches on the gap in knowledge and experience when transitioning from an academic environment to the real-life theatre industry. The following comment is from a longer passage and brilliantly brings approaches from artists in the music industry into the conversation.

To me, the entire article is saying something to the theatre/performance community that Prince, Robert Fripp, and others before them have been saying to the music industry for decades: Find AUTONOMY.

You are shedding light on the importance of knowing how to use your tools and resources correctly to do your best work for an AUDIENCE. —Joseph Alan Wachs (as -j.2u)

Is it appropriate for a non-autistic to play the part of an autistic?

A parallel which has been suggested more than once, and which puts this question somewhat into perspective, is this: Is it appropriate for a white actor to wear black-face makeup to play a black character?

In both cases there are life experiences that make an actually autistic and an actually black actor better suited to playing the role in question. More than that, though, there is the simple issue of credibility. We expect a black character to be played by a black actor. We do not expect an autistic character to be played by an autistic actor, however, and we should be asking why. There is no doubt that this situation hasn’t arisen often so we should not be surprised that there is no clear precedent to refer to, but the question remains.

This article is truly about the lack of visible representation of autistic theatre artists on stage and in the production process. The following comment addresses the problematic parallel of blackface, while challenging the issue of typecasting autistic actors for autistic characters.

Having to lower yourself to flirting and smiling at a man who you find frightening in order to ensure your safety and the safety of those around you is humiliating. And though no one made me do it, I don’t really think I had any other choice in that moment. Engaging them at their level of aggression would not end well. For however strong, and smart, and capable I feel on the inside, I was still 5’6” and 120 lbs on the outside up against a man twice my size who was getting angry and already in an altered state of mind.

Although Erin Butcher had a successful outdoor production of Winter’s Tale, her experience directing this production is a harrowing reminder of the state of gender politics today, especially for women theatre artists. The below comment offers reasons for women like Erin to “keep fighting the good fight.”

I understand what you're saying. I'm a woman and I've been in those situations before. However, I think by trying to dissuade all women from creating public, all-female productions you are doing a disservice to the theater community. In a way, you're backing down from the problem; like you say in the article you are quickly changing to the safest possible tactic. I understand your worry. I understand your fear. I've been there. I've looked into the eyes of men, many of whom have been intoxicated, who think that because you're a woman they get to look at you and talk to you as if you have no autonomy of your own. However, fighting the system is hard. And you can't back down from it. —Erica Blumrosen 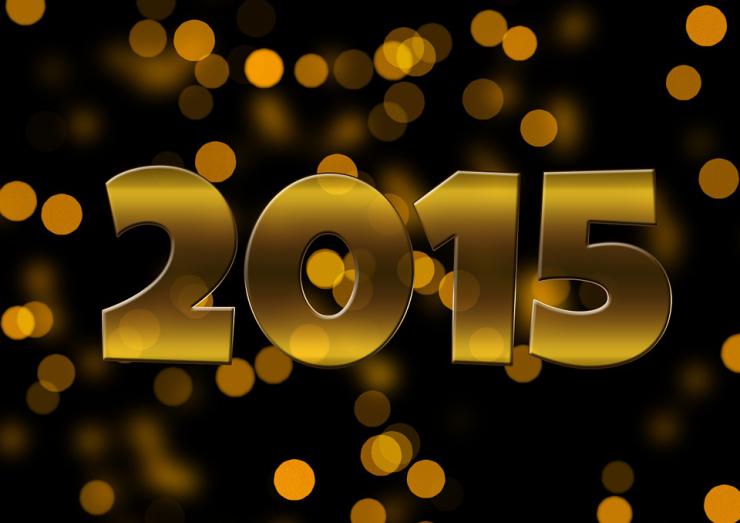 Infographic: Who Designs in LORT Theatres by Gender by Porsche McGovern

This report looks at set, costume, lighting, and sound designers only.  While I did track video/projection/multimedia designers, in the early years of the study particularly, many of these designers went without credit and in some cases, no one could actually remember or find any information on who the designer was.

The infographic for Porsche McGovern’s article clearly breaks down the issue of gender parity in LORT theatres. Several women designers applauded the research and shared their experiences in the comment section, which made choosing rather difficult. However, the comment below touches on how race and ethnicity, in addition to gender, impact who designs, too.

As an African American female lighting designer, I've spent a large part of my life researching blacks behind the scenes. While the numbers are alarming, once you factor in race, particularly black women, they would all be in the low single digits. I would give lighting and scene design less than 1% when it comes to black women designers, and that might be too generous. When we are called, it is usually for the black show. And while black women are excited to get any show, there is this stigma that this is all we can design. (True for both black men and women). I have known too many black women leave the business due to frustration of getting work. With the dwindling of black theatre companies, this means even less design opportunities for black women. Also, it is sad to say that I am one of the few black women lighting designers working in LORT houses. Most of us in USA (less than 10 to my knowledge) know each other and share stories. Maybe situations will improve in the next 22nd century. —Kathy A. Perkins

Ethical diversity and inclusion initiatives are crucial. But I wonder what our theatres would look like, and whose stories would be told, if everyone made 20 percent more than they do right now. I’m sure every Managing/Executive/Artistic Director wonders where they’ll find that money. Maybe produce less shows and pay all employees more. Maybe you’ll find that once your work starts actually reflecting the world, more people will pay to come see it. You’ll figure it out. You’re an artistic leader. Lead.

In his article, Nicholas Ward makes a case for more white allies to support the work of their non-white cohorts. His last point, “Pay People More,” garnered several responses from the HowlRound community. The below response is in direct conversation this piece and questions how information is actually shared to theatre artists of color.

While paying a living wage is all well and good (and a goal we should all have when producing theatre) when you put out the ad for those positions how are you ensuring that a POC population is seeing those ads? Are you actively working towards networking with folks who are non-white to be able to offer these opportunities? I've heard over the years the same excuse many times from different companies when they can't get POC's to show up to auditions/submit to work "they're just not coming to my auditions/no one is submitting...I put out the ad, its an equal opportunity- so it has to be white cause they didn't show up"…and the fallacy here that you've done your due diligence; however if your organization is not seen as a place where a POC has a fair shot at succeeding (i.e. your season is full of white writers, past productions full of white actors, and a staff/board full of white people) there is no reason for them to spend time to help you become more diverse. —Victoria Pyan

What articles stood out to you this year?

Hey there, it’s Adewunmi and I’m excited to share several pieces that still resonate with me since publication. These articles are a snapshot of what I’ve edited since I joined the HowlRound team back in July. I’m looking forward to seeing which articles folks are still thinking about. So, make sure to leave a comment in the Disqus section, or via social media (Facebook, or Twitter).

How (Not) to Write a Casting Breakdown by Lynne Marie Rosenberg

In short, I believe breakdowns are an aperture into the successes and failures of the entertainment business. On a public level, the mistakes that are made, the lack of mindfulness, and both the subtle and overt stereotypes are a direct reflection on our industry and culture at large. But on a personal level, actors are real humans reading and being defined by the character descriptions to which we “submit” on a daily basis. Please, craft your words carefully.

I’ve been obsessed with Lynne Marie’s CastAndLoose Tumblr since I began editing her piece. In this article, I love how she deftly blends humor and real life casting calls to critique the sometimes crude and offensive language that underscores the audition process.

Where are all the Bisexuals? Understanding the gray areas of LGBTQ representation by Emily White

“I recently read Entertainment Weekly’s special ‘LGBT Edition’ issue, which featured eloquent and informed trans icon Laverne Cox, of Orange is the New Black, on its cover. At first I was excited to read it, hoping that there would be some reference to the “best”—or at least most famous—bisexual characters of film and television, but I soon was disappointed. This issue may as well have been called the ‘LGT’ edition, because there was scant reference to any bisexual character as being prevalent in the media.”

This particular article made it clear that there is a lack of representation of bisexual characters not only in film and TV, but also within theatre. When Emily mentioned Entertainment Weekly’s Top 25 List and the handful of plays with bisexual characters, I found myself asking: “Where they at?”

O Be Careful, Little Eyes, What You See: Combatting Censorship as a Christian Theatre Artist by Joseph D’Ambrosi

Many Christians opt to censor themes that contradict or challenge biblical text; Christian actors occasionally decline roles for content that challenges their religious beliefs. I disagree with this decision. If theatre is foremost a means of using the element of story to reach out to those who need to experience and learn from real-life situations, then censoring a story’s content as a result of Christian moral obligation contradicts the art’s primary purpose. Thus, censorship is a dangerous option for those who need to see this truth.

Joseph’s article struck a cord with me because I identify as Christian—Southern Baptist, to be exact. I’ve had conversations with über religious folks who’ve questioned my involvement with “secular” shows that don’t advocate the peachy keen “Christian life.” I also admire Joseph for his courage to speak out on an experience with discrimination, in which his senior theatre project didn’t get the support it deserved because of it’s content.

A retrospective of HowlRound's most popular and thought-provoking content for 2015, curated by HowlRound staff.