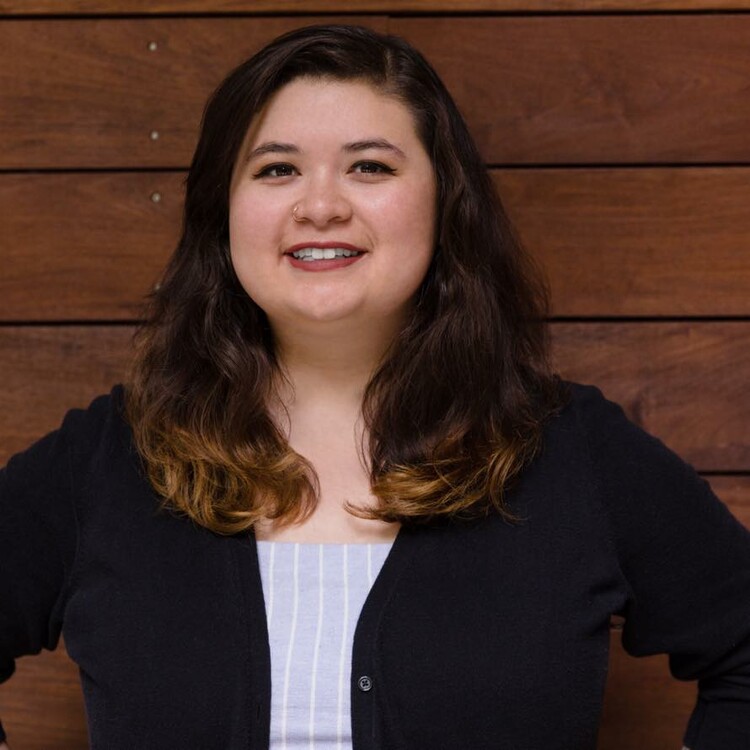 Acknowledging Impact, Regardless of Intent

I am a recent graduate of a prestigious BFA theatre conservatory. Shockingly, this is not the part of my identity that makes me stick out to employers and other arts professionals. I am also a mixed-race Asian American woman.

It’s true that staff lists at theatre companies have been diversifying. Changes aren’t happening quickly enough, though, and the industry is experiencing growing pains—something that is natural now that those who have been in power for so long are being asked to think critically about their power and privilege. I can empathize with hardworking leaders struggling to catch up with the ever-changing dialogue surrounding diversity and inclusion as it relates to the field they have been deemed experts in. However, this doesn’t make any of these experiences less frustrating as an emerging professional of color.

In a recent job interview, the person interviewing me asked me explicit questions about my ethnicity—which, in any other field, would be seen as illegal according to the United States Equal Employment Opportunity Commission. I was told that the company was “looking for someone like me” in this role regarding my mixed race.

I can’t fault this company for looking for someone like me. There’s a reason why I am an appealing candidate for certain jobs right now, and it does have to do with my race. I have one question for employers, though: Do you know why my race would make me an asset to your company?

In a recent job interview, the person interviewing me asked me explicit questions about my ethnicity—which, in any other field, would be seen as illegal.

It’s not because my name will look good in promotional material and not because my face will look good on your website. It is because my lived experience speaks to multiple nuanced identities that have given me a vocabulary to start dialogues with people who are different from me, which is what we want theatre to do. To fully move us forward toward an equitable field for all, it is not enough for companies to end their work toward diversity with a hire. They must be ready to engage in hard conversations that they may not hold expertise in. 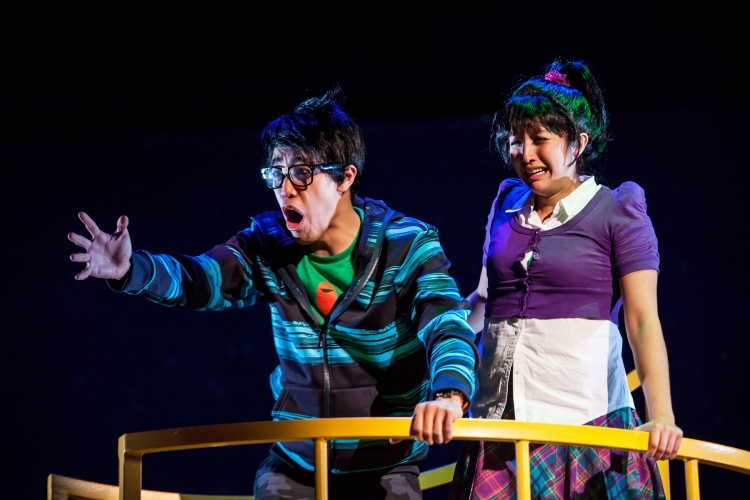 Children's Theatre Company and Ma-Yi Theater Company's co-production of The Wong Kids In The Secret Of The Space Chupacabra Go!  by Lloyd Suh, directed by Ralph Peña. Photo by Dan Norman. Please note that the author was not involved in this production.

As a recent graduate, I have witnessed how this kind of dialogue can play out at the university level. Earlier this year I served as dramaturg on The Wong Kids in the Secret of the Space Chupacabra, GO! by Lloyd Suh. It was the most personal experience I have had in a theatre space—I had never worked on a play about Asian characters, let alone Chinese ones.

On our first day of tech with costumes, the lead actress, a Chinese woman playing a character named Violet, came onstage wearing a T-shirt with a panda on it. My immediate reaction was: “That is a stereotype.” As a dramaturg, it’s important to ask if a choice is supported in the text. In this case, my opinion was that it was not: Violet was very aware her race is part of what makes her different. Her spooky alter ego “Nobody” repeats back a story of Violet’s in which a classmate makes “racist” faces at her. I didn’t think Violet would point to her race through her clothing.

I was the minority in thinking the shirt would be an issue in our storytelling. The actress wearing it loved pandas, they’re her favorite animal. The head costume designer, a white woman, accused me of trying to whitewash Violet. I was posed the question: “Why can’t Asian people like Asian things?” The designers brought up that they had talked to an Asian American costume technician about the controversy and that the technician had agreed with them.

These are all valid points and stem from everyone’s different lived experiences. And while I never got to discuss the issue directly with the costume technician or the actress—which I would have loved to do—I was fortunate enough to have been given a platform to speak by the director, and after some back and forth among the artistic team the shirt was changed to one with a badger. Although the change was ultimately made, I do wonder if the costume choice would have made it to tech if the backgrounds of the artists involved in creating it was more diverse.

Later in the year, a group of peers who had formed a theatre company announced their inaugural full production. The title suggested the presence of a Japanese character and the marketing communicated that this play was a commentary on race in some capacity. This raised some red flags for me, as I knew the company’s administrative and creative team were comprised of mostly white artists, but who was I to say what this show was about? I hadn’t read the script.

When a friend who was part of the production asked what I thought about it and I communicated my concerns, the director was looped in and the script ended up in my inbox. As it turned out, my concerns regarding racial representation were valid: the script called out the exact behavior of cultural insensitivity and appropriation in the workplace that the company was practicing by employing majority white artists to work on this production.

I was hesitant to be honest with the team. I knew what they wanted, which was for me to tell them it was fine. It wasn’t fine. The issue at hand was not just one of erasure. The company was using race as a marketing technique for financial and social benefit. Prioritizing a white playwright, a white director, and a majority white cast in a dialogue about race is saying that’s the voice that matters more than those who have been harmed by racism. It’s placing a paycheck in the hands of people talking about racism instead of those who live it. In this specific case, it was also saying that there is a payoff for artists when they place an actor of color in a state of trauma due to their race.

I was also told that the company would be looking into their diversity problem after this production, hoping that the show would put their name out there.

This emerging theatre company was stepping outside of their lived experience, and that’s a good thing. I’m not condemning them for attempting to grapple with more complex dialogues about race. However, it’s important not to tell stories about racism without the people the racism affects.

When I brought my concerns up, I wasn’t met with direct aggression, but I was told to remember intention over impact. I was asked to remember that there were four people of color who were working on the production. I was also told that the company would be looking into their diversity problem after this production, hoping that the show would put their name out there. 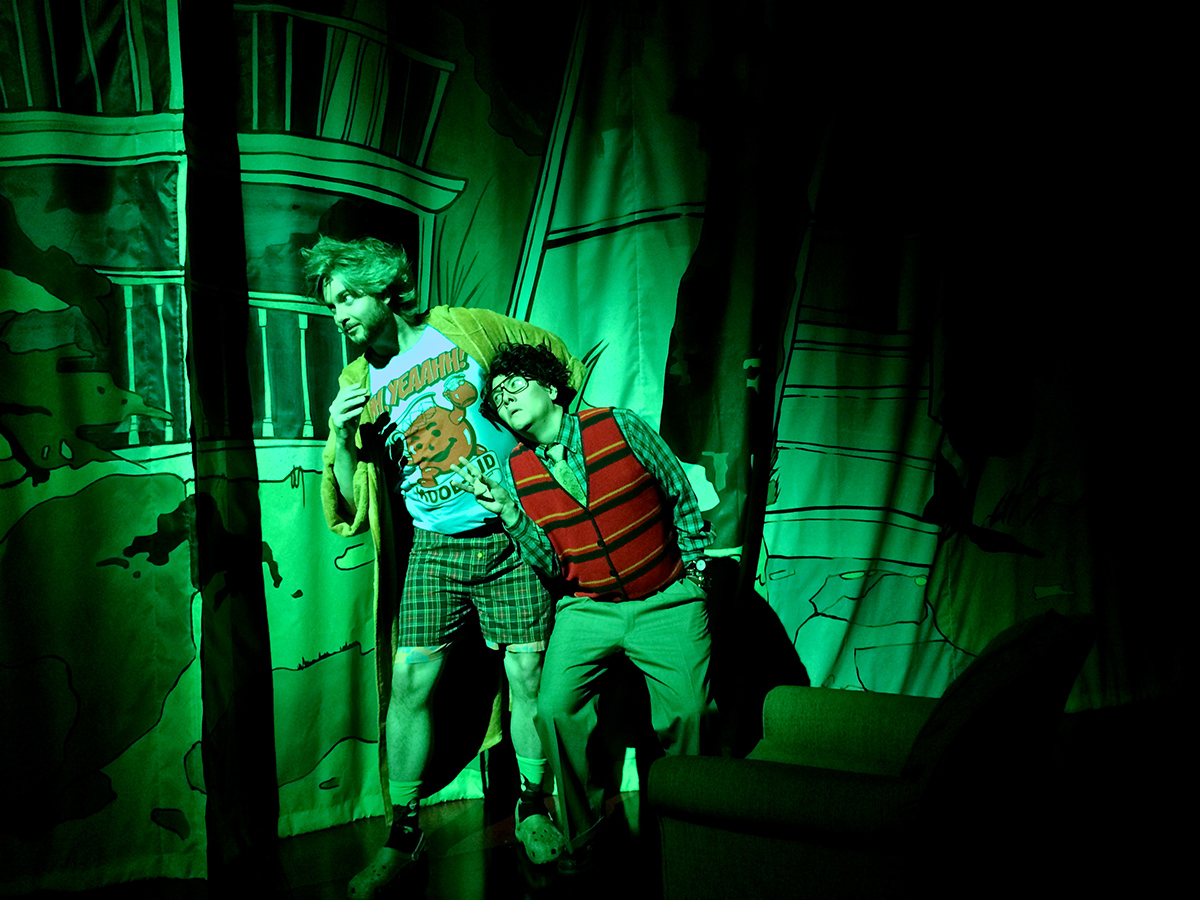 Children's Theatre Company and Ma-Yi Theater Company's co-production of The Wong Kids In The Secret Of The Space Chupacabra Go!  by Lloyd Suh, directed by Ralph Peña. Photo by Dan Norman. Please note that the author was not involved in this production.

I will never pretend to know artist intent, but I can articulate the impact, and, in this case, the impact was just as harmful as the aggressive behaviors portrayed by the white characters in their play.

This is true for all of my recent experiences. An intent to make space for artists with diverse backgrounds can get lost in translation when the impact is harmful. While I recognize each of these three recent experiences—the job interview, The Wong Kids, and this theatre company’s production—present different problems in the current conversation surrounding racial representation, the problems all have the same solution: white artists and companies need to surround themselves with collaborators as diverse as possible. They need to work with POC artists, female artists, non-binary artists, trans artists, fluid artists, artists in different communities, artists in lower income communities. Invest in work from people outside of their own lived identity. Show up for these artists, share resources, share connections. Not only call these artists in once a costume idea comes to mind or a play is finished. If white artists and companies do all this, they will have a well-rounded, widely experienced network. This way, diverse artists are not being tokenized the way they are when they’re called upon on an as-needed basis.

All of my recent experiences speak to artists with power and privilege wanting to do the right thing without having the vocabulary to get there. Each one is an example of people intellectualizing the issue without speaking to those who are affected by it. The success in diversifying theatre companies will lie in the ability for those individuals to work with and relinquish some of their power to more diverse collaborators in a genuine, understanding way that does not involve tokenizing someone due to their identity. If, before hiring a new employee or starting a new creative project, artists and organizations ponder the question, Do I truly know the value of working with diverse artists?, they will be more equipped to embark upon artistic endeavors that speak to many lived experiences.

Just a note that both of the photos used in this article are from the original Children's Theatre Company (Minneapolis) production of The Wong Kids In The Secret Of The Space Chupacabra Go! in 2013. The production was in co-production with Ma-Yi Theater Company. Written by Lloyd Suh. Directed by Ralph Pena.

Thanks, Tim, we've updated the captions to reflect this full information!